Are there still more images of caves on the surface of Mars that could be easily made accessible for humans? 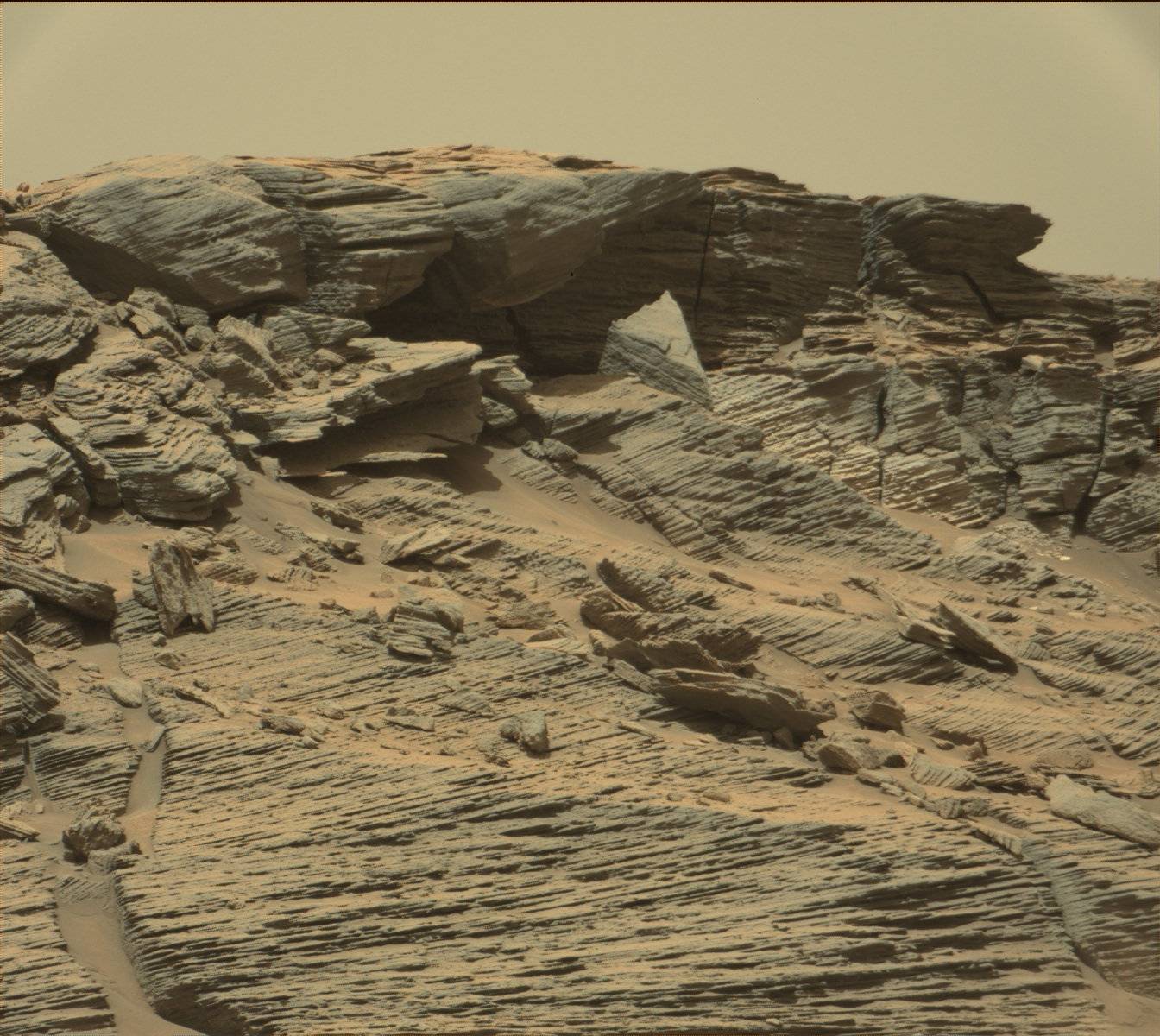 Image captured by Curiosity on sol 1087, click on it and then again for a closer view.

This is the first cave on Mars I've seen so far that could be (made) accessible for humans.

Are there still more images of caves on Mars captured by one of the rovers that could be (made) accessible ?

I agree, this one will still need (some) excavation and chisel(l)ing ! 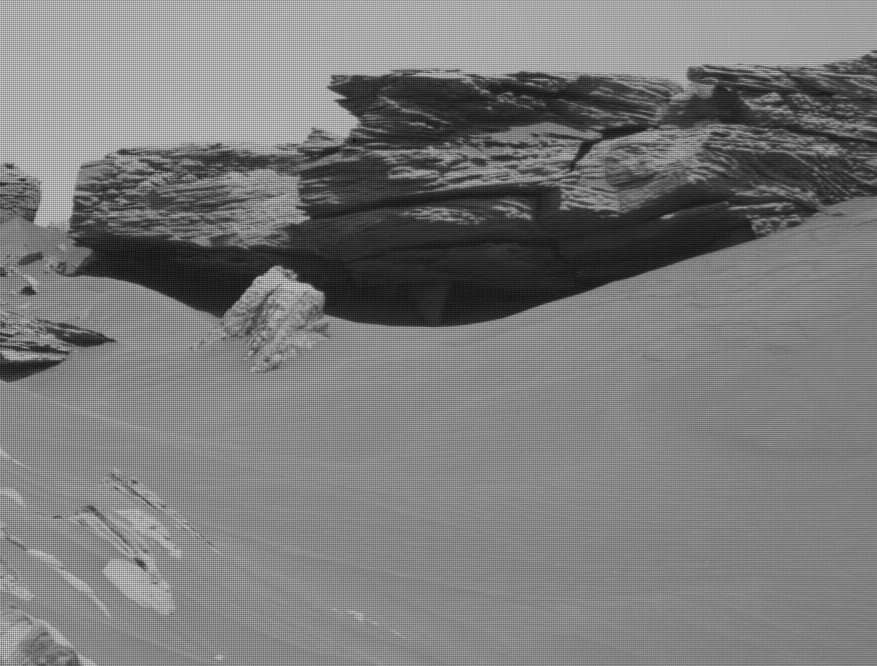 Captured by Curiosity on sol 2741.

This was on my list of potential question, but now I will use it as an answer...

The extinct volcano Arsia Mons has seven known "caves" that are believed to be lava tubes:

As of 2007 seven putative cave entrances, have been identified in satellite imagery of the flanks of Arsia Mons. They have been informally dubbed Dena, Chloë, Wendy, Annie, Abbey, Nikki, and Jeanne and resemble "skylights" formed by the collapse of lava tube ceilings.

Pictures have been taken by the THEMIS satellite 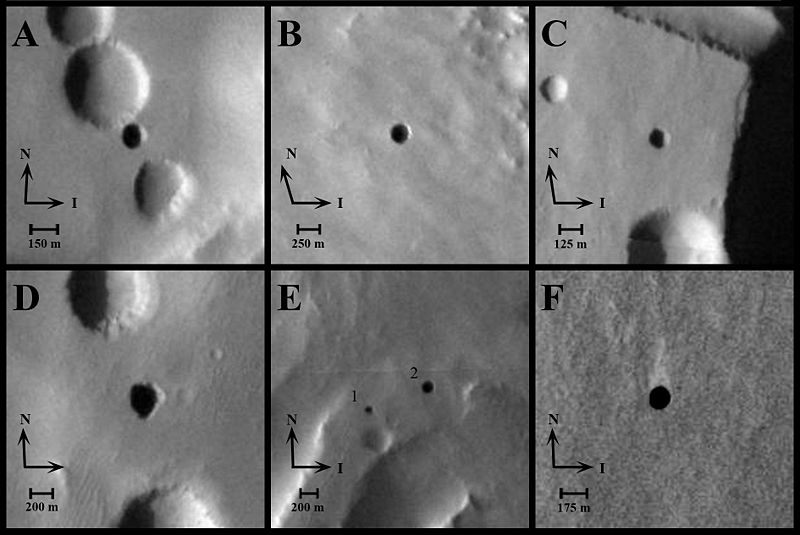 and by the Mars Reconnaissance Orbiter. 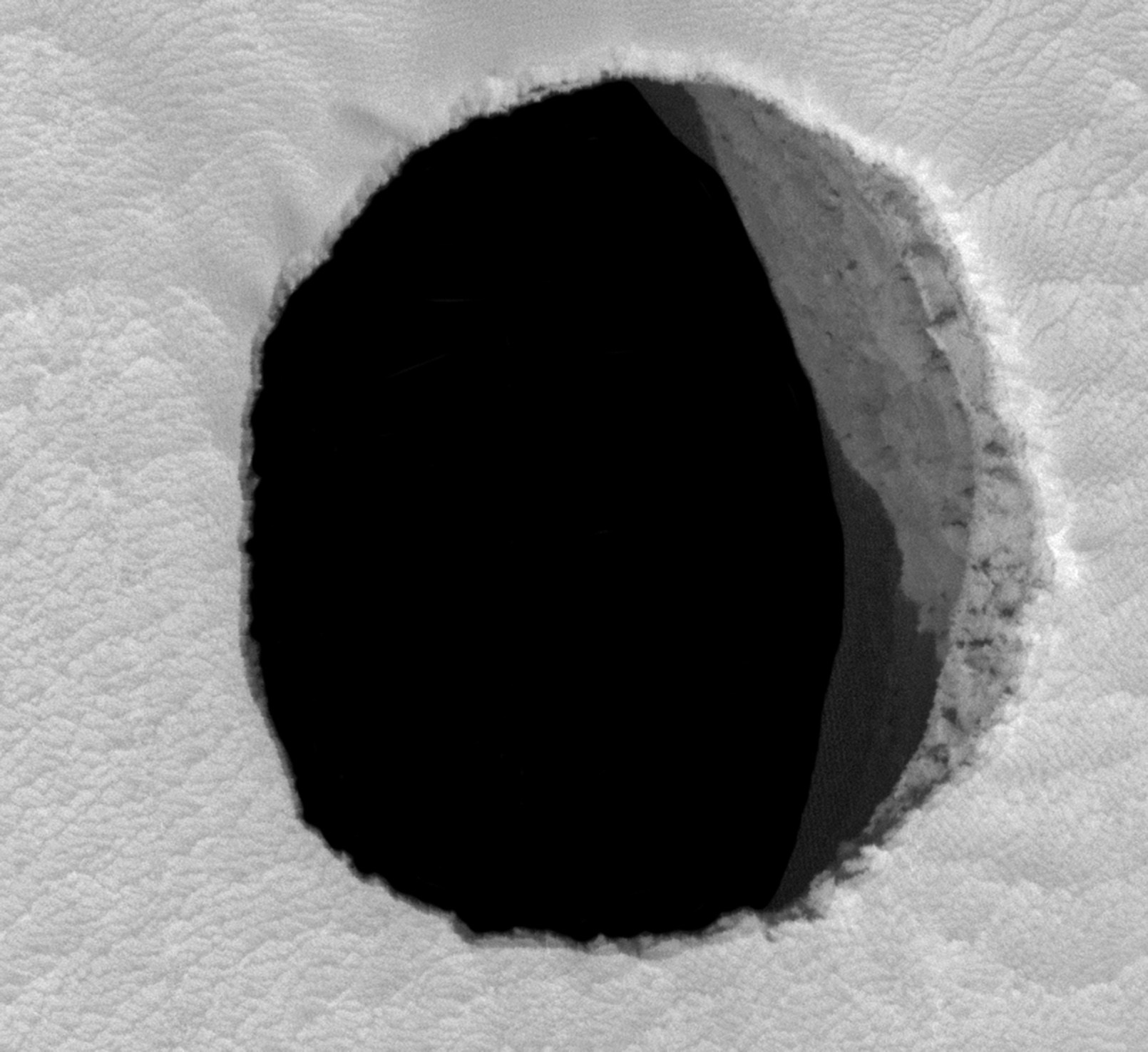 The entrances seem to be vertical. You probably can't just "walk" in, but you could add a hatch and stairs, to make a decent shelter. If Mars has an aquifer, perhaps they even lead to it.

7
Could there be caves/underground tunnels in Venus?

59
Curiosity: Why did they "reinvent the wheel" instead of using pressure tires?
19
Curiosity is still dirty! How will the ExoMARS Rover keep its solar panels dust-free and collecting sufficient power?
15
Does the Curiosity rover really have a chance of driving to the top of Mt. Sharp?
6
Who discovered "Egg Rock"? The Curiosity rover or people?
2
Will the Rosalind Franklin (ExoMars) rover solar panels be able to clear themselves of dust by tilting?
5
What is the white stuff emerging from a hole on the surface of Mars?
10
What likely is the chemical composition of the thin piece of material on the surface of Mars on the image below?
8
Has Curiosity ever taken a good hard look at the dirt covering its top surface? Can it? Have individual particles been sized?