Did the LiOH cartridges for the Space Shuttle cabin and spacesuit share the same shape?

In this answer, I explain how there were two contractors that made the environmental control systems and their lithium hydroxide cartridges during the Apollo program. Garrett AiResearch made the ECS for the command module, with square cartridges. Hamilton Standard made the life support systems for the spacesuits -- and later the lunar module ECS -- with round cartridges.

How did the Shuttle's LiOH cartridges for the cabin and the EMUs compare in shape? Pictures would be helpful, as well as the identities of the contractors. 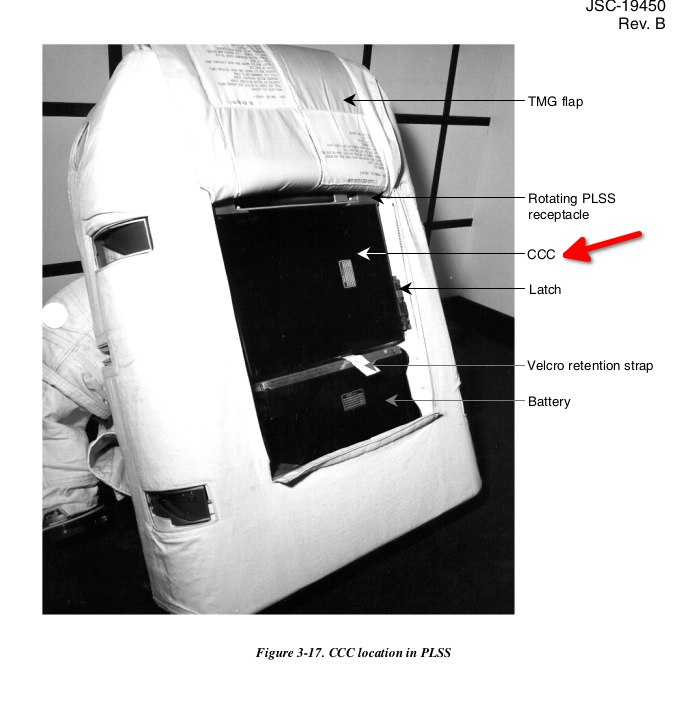 Information on the CCC:

When ventilation gas returns from the HUT to the PLSS, it first passes through the CCC. As the ventilation gas flows through the cartridge to the fan, beds of chemicals remove CO 2 , odors, and contaminants, while filters remove particulates. Two versions of the CCC exist: a lithium hydroxide (LiOH) canister, and a Metal Oxide (Metox) canister. Both serve the same operational function; however, the LiOH canister is used for shuttle-based EVAs, and the Metox canister is used for ISS-based EVAs.

The cartridge is located in a compartment on the back of the PLSS under a TMG flap that unzips to provide access (Figure 3-17). It can be removed and replaced on orbit by a single IV crewmember without tools in less than 5 minutes. The canister can be replaced while a crewmember is in the suit, but the EMU must be in a pressurized environment. The CCC is changed out between successive EVAs.

The shuttle cabin cartridges were cylindrical. 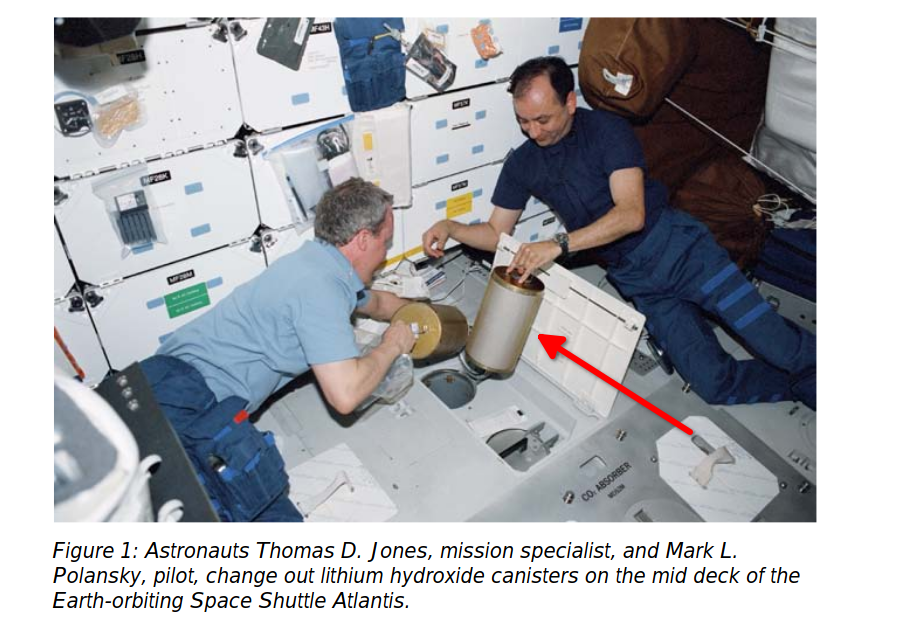 Information on the cabin cartridges:

As far as contractors go, Hamilton Standard built the EMU PLSS. Rockwell was the orbiter contractor but Ham Standard also supplied a lot of the ECLSS components.

Not the answer you're looking for? Browse other questions tagged space-shuttle spacesuits enviromental-control-system or ask your own question.

4
Why were the openings of the LiOH canisters in Apollo different shapes in the first place?