What's up with the peanut tradition? [duplicate]

Ask Question
Asked 5 months ago
Active 5 months ago
Viewed 43 times
2
$\begingroup$
This question already has an answer here:
What is the history behind having peanuts in mission control during critical missions? (1 answer)
Closed 5 months ago.

I was reading up on Ranger 7 and at the very end a random bit of information is thrown in:

The spacecraft performance was excellent and the success of the mission finally brought a turnaround in NASA's fortunes after the endless string of lunar probe failures since 1958.

Ranger 7 is credited for beginning the "peanut" tradition at NASA command stations. On the success of Ranger 7, someone in the control room was noticed eating peanuts. Since 1964 control rooms ceremonially open a container of peanuts for luck and tradition.

Which came from a business insider article, which I don't really consider a good source on space news. Also found a short blurb from NPR and a few other scattered sources that make this seem like a "well-known tradition" such as this Wikipedia section on JPL's page. 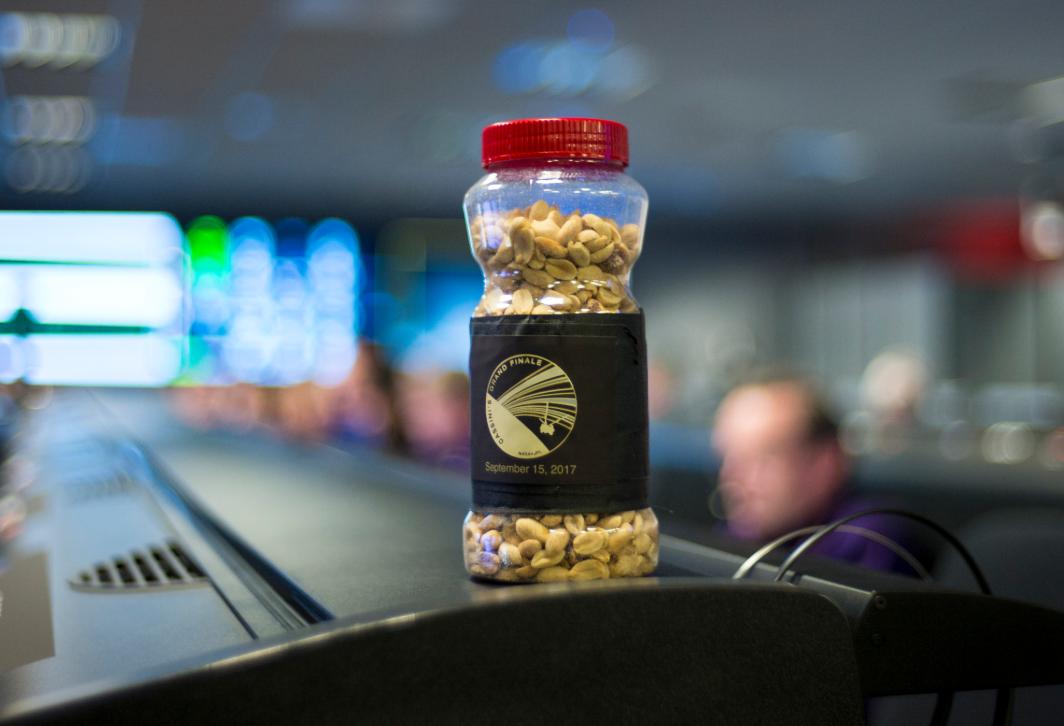 Check it out! Custom labeled peanuts for Cassini!

I guess the over-all question here is, how did it really get started and is it still carried over into the future missions? Information on who started this tradition or initially made the superstitious (and possibly ironic) correlation between peanuts and success would also be welcomed. Also, maybe a note on whether or not this tradition is planned (or unplanned but in effect) for Artemis-1 would be a neat bit of information.

Browse other questions tagged jpl or ask your own question.

7
What is the history behind having peanuts in mission control during critical missions?

7
What is the history behind having peanuts in mission control during critical missions?
4
What did JPL's 1939 lunar lander look like and what practical aspects of landing on the Moon did this engineering design address?
3
How to obtain Chebyshev coefficients directly from the JPL Horizon's interface?
10
What is the numbering system used for the DSN dishes?
6
What information was stolen from JPL during the Raspberry Pi hack?
8
What will the US government start to label its GPS spacecraft after SVN 99
4
Does NASA's Deep Space Network sometimes listen to other space agencies' spacecraft “just for the heck of it” or other non-mission related reasons?