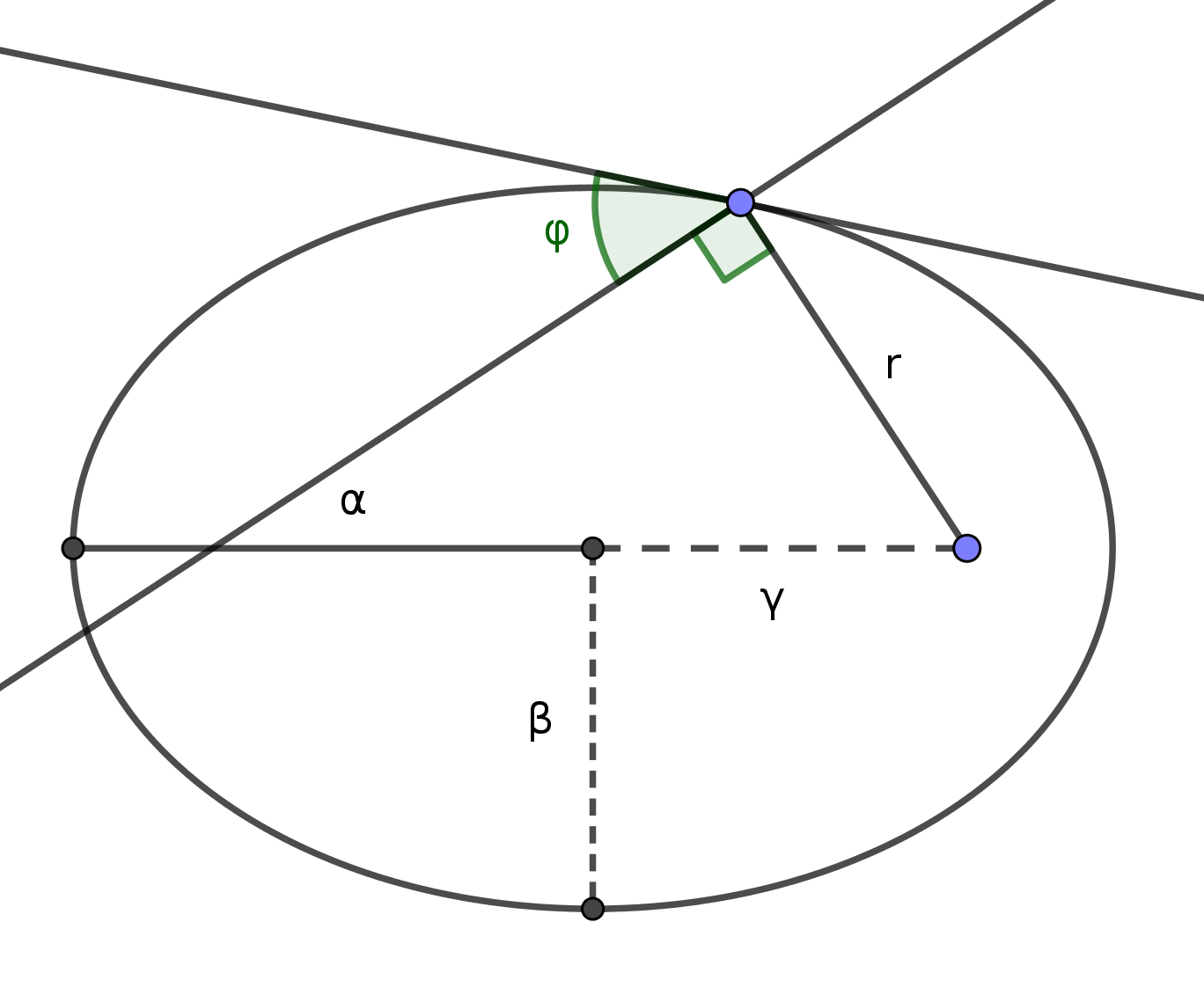 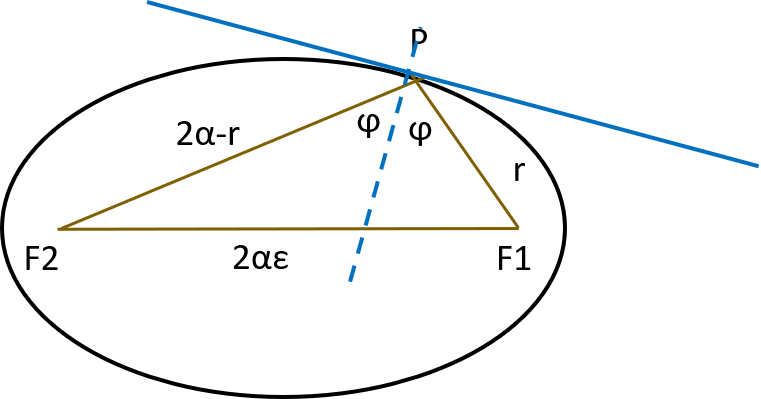 We now apply the Law of Cosines to this triangle:

In a circular orbit you have $\epsilon=0$ and $r=\alpha$, forcing the cosine to $1$ as expected. For an elliptical orbit when you're on the minor axis ($r=\alpha$) you get a formula for the maximal flight angle: