Starlink satellites move in the same altitude region as the ISS (on their way up and eventually back down) and are particularly noticeable for weeks after deployment as "trains".

Have one of these trains been spotted by astronauts on the ISS?

Considering the potential vantage point in Earth's shadow looking towards the direction where the Sun has just set or will soon rise, it's seems like this is inevitable.

iss starlink visibility-of-spacecraft
Share
Improve this question
asked May 7 '20 at 2:41

The image above (image ISS062-E-148365, original at high resolution here) was shot from the International Space Station (ISS) on 13 April 2020, 21:25:02 UT. It shows the Aurora Australis (southern lights) and a train of SpaceX Starlink satellites.

The presence of the Starlink train in this image was first noted by Twitter user Riccardo Rossi (@RikyUnreal) and brought to my attention by Huub Eggen (@phi48). It is present in two earlier images as well, taken the preceeding minute (images ISS062-E-148363 and ISS062-E-148364).

ISS was at 48.25 S, 81.03 E and 440 km altitude at the time the photo above was taken. With this information, I came to the following probable satellite ID's (annotations in image below) for the objects in the imaged "train": these are all objects from the 17 February 2020 launch ("Starlink 4"). 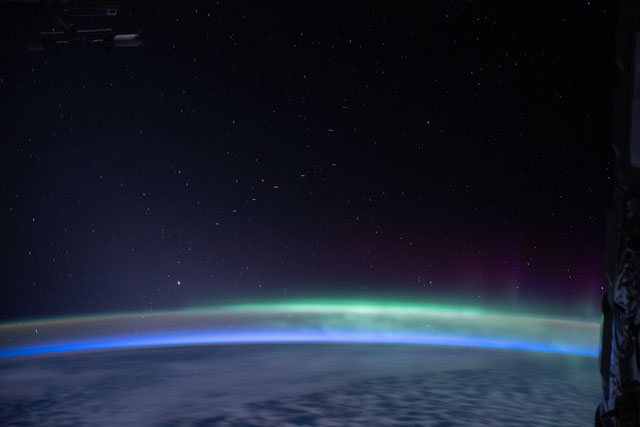 Since the ISS is moving just as fast as they are and in a different direction, the apparent motion of the satellites is oblique to the orbit they travel on.

Seen this way it's not a "train" with each satellite as a car moving (roughly) along the same track, but instead looks more like echelon formation flying. 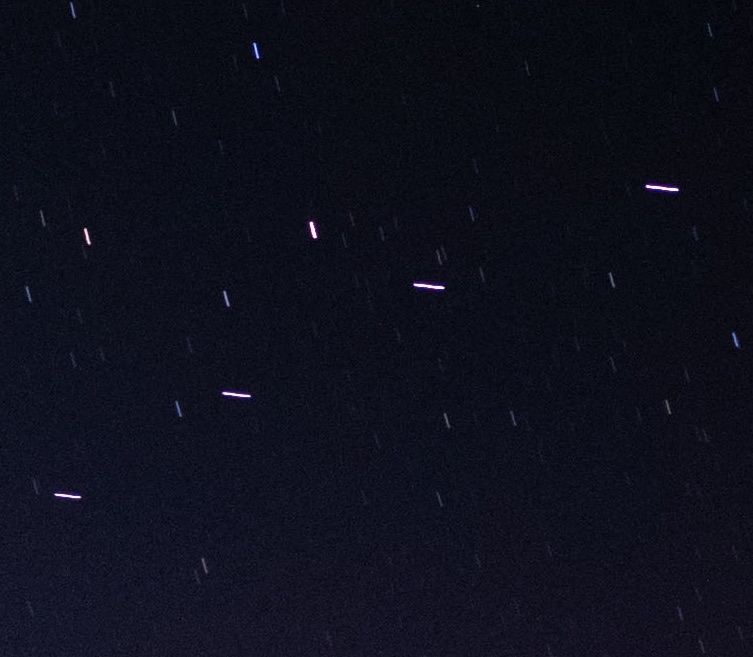 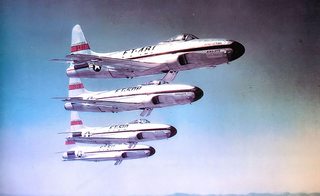 Not the answer you're looking for? Browse other questions tagged iss starlink visibility-of-spacecraft or ask your own question.

6
When was the ISS's "SPEED LIMIT 17500 MPH" sign originally posted?
3
Are there Starlink train-finding websites?