The ISS has several airlocks.

I was curious about whether interconnected pressurized modules (like Kibo and Harmony) had any airlocks between them in whatsoever.

There are two reasons why I think it would make sense if they did:

Yet, in the visuals of the interior of ISS, everything seems to be seamlessly connected.

Question: do adjacent pressurized modules have airlocks between them?

This applies to the US side of the ISS.

They don't exactly have "airlocks" in the sense that an airlock = a compartment that can be decompressed and someone in the compartment can leave the vehicle.

Instead they have "vestibules" which are formed by the hatches on the end of each module and the small volume between the hatches encircled by the rings of the Common Berthing Mechanism (CBM).

Shamelessly cribbing from my previous answer:

The mechanical interface between a new module and the ISS is the Common Berthing Mechanism (CBM), which has been discussed on this site quite a bit. ...

The CBM forms a ring around the hatch, shown here. 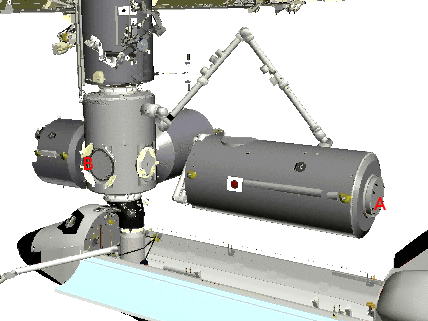 Once the robotics/CBM magic happens and the JEM is mechanically installed, a "vestibule" has been created. I couldn't find a good schematic of this so I drew up a terrible one. This tries to show a view looking perpendicular to the long axis of the JEM 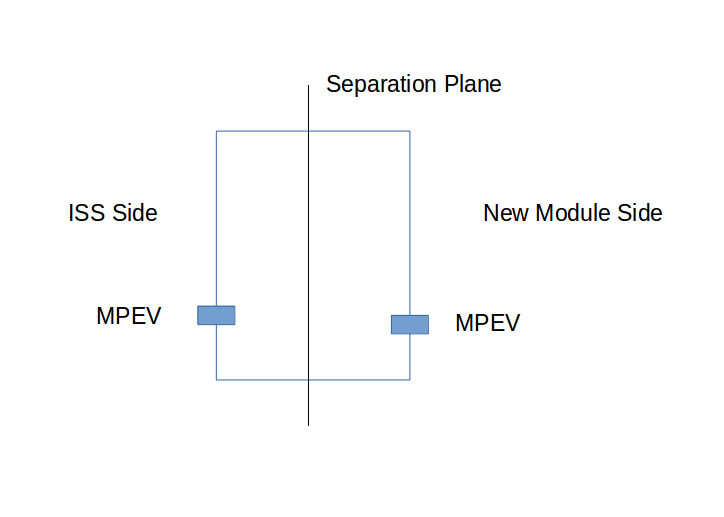 The linked answer is about the process of pressurizing the vestible so it's not really a duplicate, but I suggest you read it for more background on how the vestibules are used.

Incidentally, "Kibo" refers to the whole Japanese lab on the ISS, not just the large cylindrical module. From JAXA:

Kibo is a complex facility consisting of the following six major elements.

The large cylindrical module of Kibo is called the JEM by NASA and the PM by JAXA.

I was privileged to work on 2 of the 3 Kibo assembly missions including the one that brought up the JEM.

Not the answer you're looking for? Browse other questions tagged iss airlock or ask your own question.

11
How were the ISS compartments attached and pressurized?
12
How many airlocks does the ISS have?

12
How many airlocks does the ISS have?
3
Do we have the technology to make large rotating airlocks?
28
Could liquid airlocks work?
11
How were the ISS compartments attached and pressurized?
2
Can an ISS berthed vehicle remotely unberth?
6
Is the inner airlock hatch kept open in-between spacewalks on the ISS?
13
Do ISS astronauts notice, or experience symptoms of elevated CO2 levels? Do they wear monitors regularly?
5
Can they isolate individual modules on the ISS?
5
Door to vacuum on the ISS