Why did Pioneer 11 use a gravitational assist to swing above the ecliptic plane... twice?

This answer to What do the shaded vertical lines in the animation of Gravity assists of space probes, mean? shows that the Pioneer 11 trajectory brought it close to both Jupiter and Saturn, and at each flyby it swung significantly up out of the ecliptic.

Why was this done... twice? 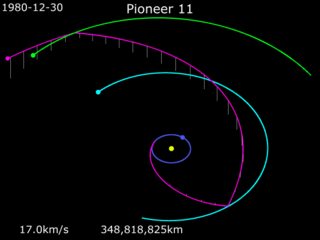 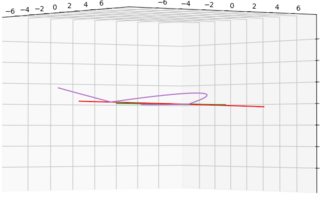 final frame of this GIF and then plot of data from JPL's Horizons.

According to NASA's history on the mission, Pioneer 11's goals included both investigation of the solar wind outside of the ecliptic, and a look at the polar regions of Jupiter, which appeared to have a more transparent atmosphere than the equatorial regions. A close flyby of Jupiter over either pole would unavoidably sling the spacecraft out of the ecliptic, but as we see, it was possible to incline the trajectory suitably to encounter Saturn near the spacecraft orbit's descending node with Saturn's orbit.

I'm not sure if the post-Saturn trajectory was deliberately chosen to leave the ecliptic again for further observation of the out-of-plane solar winds beyond Saturn; I think it may have been an unavoidable consequence of the choice to get a close flyby of Titan and/or to rehearse the Voyager Saturn encounters:

By this time Voyager 1 and Voyager 2 had already passed Jupiter and were also en route to Saturn, so it was decided to target Pioneer 11 to pass through the Saturn ring plane at the same position that the soon-to-come Voyager probes would use in order to test the route before the Voyagers arrived. If there were faint ring particles that could damage a probe in that area, mission planners felt it was better to learn about it via Pioneer.

Pioneer 10 was targeted at Jupiter's equatorial radiation belts, so couldn't get as far out of the ecliptic.

Not the answer you're looking for? Browse other questions tagged mission-design jupiter saturn pioneer trajectory-design or ask your own question.

8
What do the shaded vertical lines in the animation of Gravity assists of space probes, mean?

5
Why didn't New Horizon use Mars as a gravity assist like it did Jupiter?
12
Did New Horizons also demonstrate the "Pioneer Anomaly"?
6
The plane of the orbit of Juno around Jupiter is not the ecliptic plane. How did it get into this plane?
5
Juno's original orbit around Jupiter - is this apsidal precession? If so, need expression
10
What exactly is the interaction that blocked Juno's data downlink near solar conjunction?
5
Where did the Herschel Space Telescope go in 2013?
7
How exactly did Jupiter change Ulysses orbital plane from nearly ecliptic to polar?
6
Outer planet trajectory design versus the asteroid belt
8
Did the spacecrafts Galileo or Juno use the Galilean moons for a gravity assist before entering Jovian orbit?