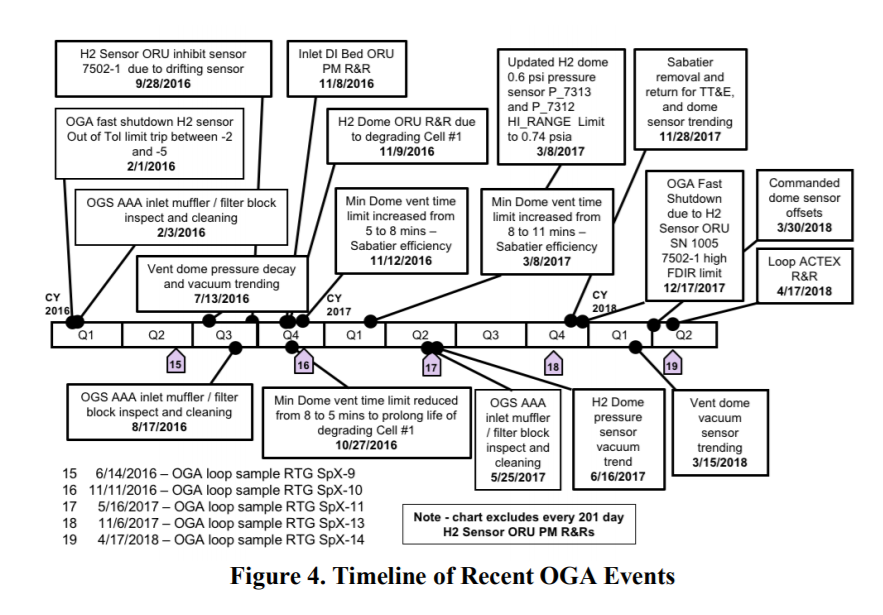 10
How much heat did the Sabatier hardware add to the ISS heat profile?
9
Why were the docking ports removed from Zvezda? (Service Module)
12
With one out of two Thermal Control Systems on ISS malfunctioning, how long can Loop B keep up with increased load?
18
How close is the ISS to a closed system, in terms of carbon, hydrogen, and oxygen?
12
How does the sabatier system reduce water shipments to the ISS?
3
How many "main" batteries does the ISS have? How many are still nickel-hydrogen?
5
Where, physically speaking, are CO2, Hydrogen and Methane ventilated on the ISS
3
H2 and CO2 ventilated outboard of the ISS, could become ice flakes in the extreme temperatures outside the ISS?