H2 and CO2 ventilated outboard of the ISS, could become ice flakes in the extreme temperatures outside the ISS?

Outside the ISS in the orbital night, the temperature can reach -250 degrees Fahrenheit (-157 degrees Celsius). The ECLSS (Environmental Control System and Life Support System), more specifically the OGA sub-system (Oxygen Generation Assembly) vent overboard Hydrogen in the electrolysis process to produce oxygen from water, and the sub-system CDRA (Carbon Dioxide Removal Assembly) vent CO2 overboard ISS too. At orbital night temperature, or even in the penumbra / terminator area, could these gases (I´m not sure if the H2 is maintained gas or liquid before to be vented) become flakes of ice when ventilated outboard? CO2 could become flakes of dry ice?

I found this question here also refers to H2 and CO2 vent outboard. Why vent CO2 and H2 waste products to space on ISS?

Ammonia is also ventilated in some cases, and this one I have no doubt that forms flakes of ice, as seen here (vented) and here (leak)

Just for reference, before part of hydrogen was used in a Sabatier reactor, but it was removed and returned to ground tests (2017) Why was the Sabatier system removed from the ISS USOS?

Summary: The solidification temperatures given for CO2 or H2 in the original post are for atmospheric pressure. At the very low pressure at the altitude of the ISS, both CO2 and H2 will be gases at equilibrium. However, depending on the details of how they are released, they may form solid particles (likely due to rapid depressurization and evaporative cooling rather than the "cold" of space) that eventually sublime. 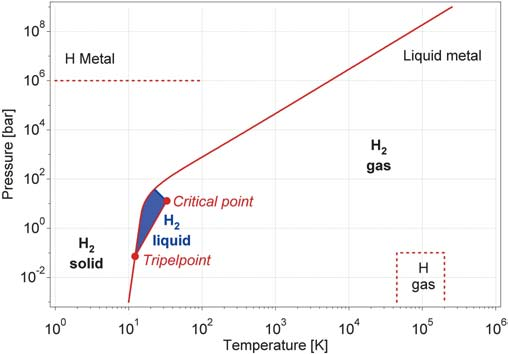 I haven't been able to find a phase diagram for carbon dioxide that shows the low pressure behavior in fine detail, but it should also sublime at the pressure at ISS altitude for any reasonable temperature. We can at least say that CO2 likes being a solid more than H2. In general, as the pressure decreases toward an idealized perfect vacuum, the gas state becomes more and more thermodynamically favored at any nonzero temperature. (Of course, for large covalent network solids or ionic solids (rock), it could take many lifetimes of the universe to evaporate. We are talking about molecular solids here, though.) 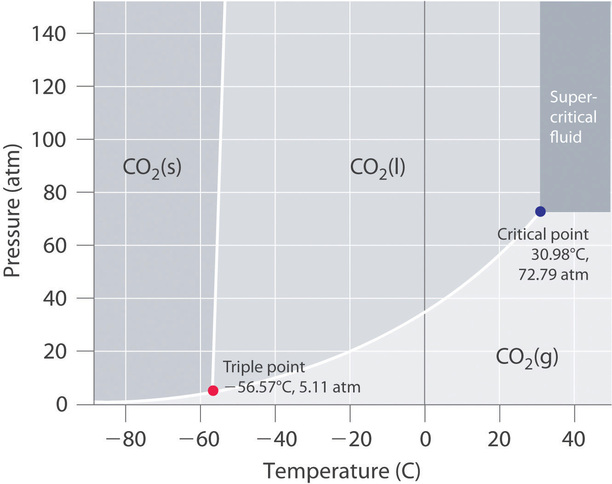 Frozen particles of CO2 or H2 gas may form initially due to rapid depressurization and evaporative cooling. @OrganicMarble pointed out this SE answer showing solid O2 forming outside of a thruster. This apparent solid O2 persists for at least a few minutes (note the times on the video screenshots). However, the shape of this formation changes. It's not clear how much it might be accumulating new material and how much it might be subliming. How long would it take to sublime fully? I'm not sure how to predict that and it would depend a lot on the size and shape of the solid particles and other conditions. 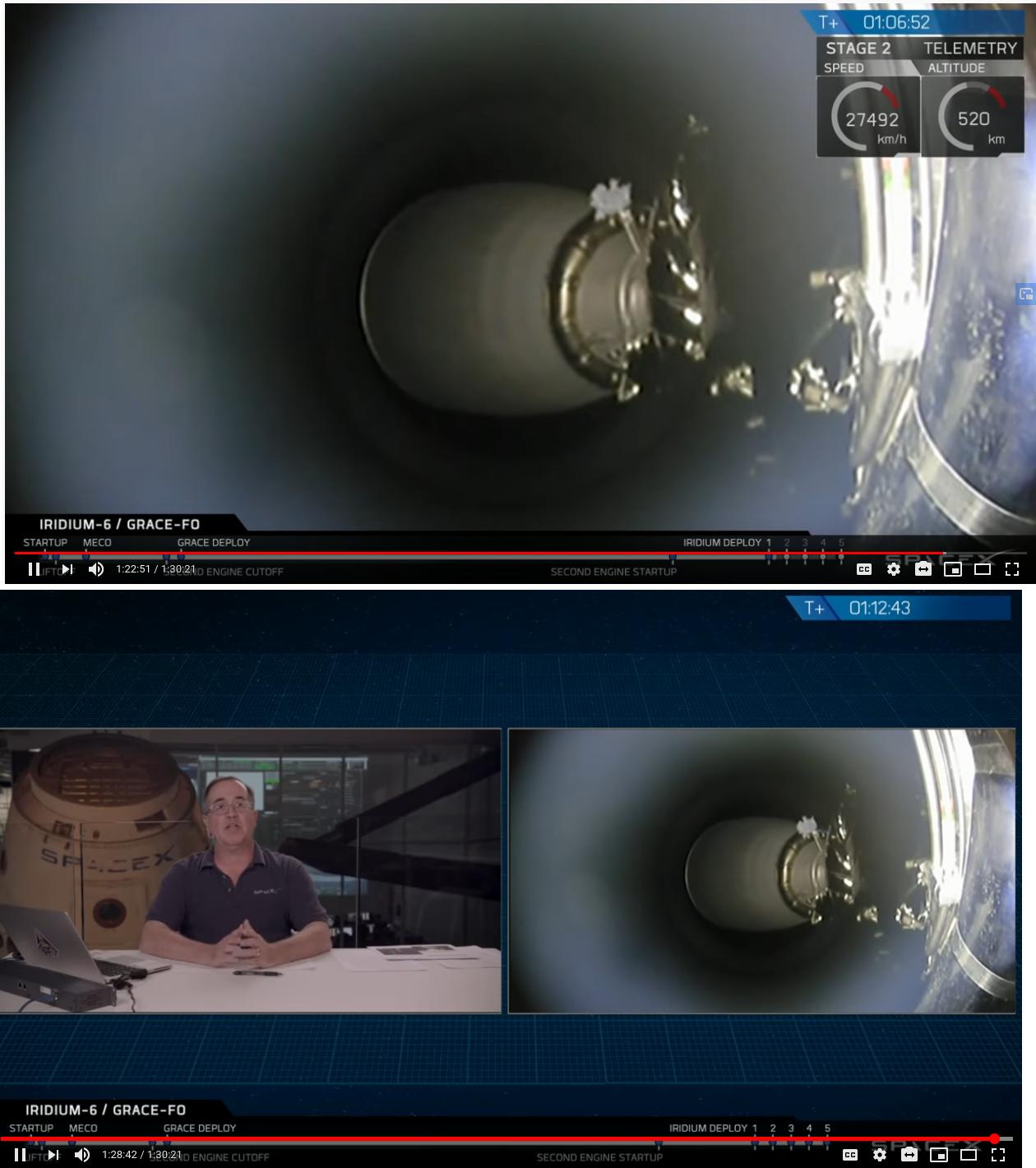 So, what timescale are you interested in? The particles can probably last a few minutes, but probably do not last years. I don't yet have enough evidence to make claims beyond that.

10
How much heat did the Sabatier hardware add to the ISS heat profile?
23
Air temperature and humidity inside the ISS
13
How do astronauts take pictures from outside the ISS?
18
How close is the ISS to a closed system, in terms of carbon, hydrogen, and oxygen?
11
How does the sabatier system reduce water shipments to the ISS?
8
Does ISS get a surplus of oxygen or water?
2
How are cameras arranged and used to monitor activities outside the ISS?
5
Where, physically speaking, are CO2, Hydrogen and Methane ventilated on the ISS
11
Why was the Sabatier system removed from the ISS USOS?