Folding structures in space - What are the potential benefits and problems?

I wonder what the most important potentials and problems are with folding out structures in space. The basic idea is to achieve large structures in space while reducing launch mass and launch volume, and also avoiding human space walking construction work in microgravity. What stress are different kinds of structures in space exposed to? Such as astronauts moving around in them, engines accelerating them.

I can think of three purposes with having big structures in space:

Concerning #1 above, does the geometry of a parabola provide some easy way to "throw out" a foil to get the desired shape, or must it be painstakenly formed inch by inch? And would a thin metal foil work well as a radio telescope dish? Could even a useful mirror for optical telescope be unfolded? Russia has a 10 meter radio telescope in space, the Spektr-R interferometer. It must've been folded out in space.

On #2 Bigelow Aerospace already have two (uncrewed) expandable space stations in LEO and will attach one to the ISS next year. How are they unfolded? They use the term "expandable" instead of "inflatable".

On #3, rotation to create radial acceleration that simulates gravity, large distances are prefered in order to avoid unnatural shifts in weight as crew moves radially. At least a distance long enough that two meters, i.e. standing up, is a practically negligable fraction. I've seen a proposal to use "air beams" instead of wires. An "air beam" is like a hose inflated with air or other gasses so that it gets stiff. It would allow for (human) movements inside of it and doesn't get slack like a wire could. The only actual application of air beams I find today is for tents(!) Would it be a practical technology in space? Here's "some guy's" ideas about air beams for artificial gravity. Slide 10 has an image that demonstrates the strength an air beam can have.

There have been folding structures used in space since the early days.

Many spacecraft have folded their solar arrays for launch; many further have used rolled up arrays on folding arms, so as to minimize launch volume (and thus launch fairing mass).

A folding parabolic antenna was used on a few missions; the most notable is notable for its failure to open: Galileo. The actual cause of the failure isn't truly known, but is thought to be vacuum welding. A prabola can be created by panel shapes, and then held open with springing; it's not quite as smooth as a casting, but is still doable.

Large multi-segment telescopes are used on planet; they are a practical way to get a large (≥5m) telescope into orbit. Any such telescope would likely also have additional components deployed to shadow and to protect the objective mirror.

Folding arms and even wheel-carriages have been used on rovers, including the manned rover for the Apollo landings. (http://www.collectspace.com/ubb/Forum29/HTML/000731.html shows the stowed rover being loaded into the LM. http://www.armaghplanet.com/blog/nasas-lunar-rover-everything-you-need-to-know.html shows part of the deployment process in one of the included videos.)

The primary considerations for habitat space include internal pressure; a folded unit needs very little structure when it can be held in deployed mode by its own internal pressure. Several current designs (as yet unflown) use a central structural core, with an inflated habitat surrounding it. The Central core includes the docking port for mating to existing craft/structures, as well as the power and data connections. Bigelow Aerospace is involved in the design of the ones to be tested in 2015. (http://www.nasa.gov/exploration/technology/deep_space_habitat/xhab/, http://www.nasa.gov/mission_pages/station/news/beam_feature.html)

The key benefits of all the expandables are:

The key drawbacks include:

Some additional drawbacks noted for inflatables:

Some of those have potential solutions - a concrete & fabric inflatable has been developed that is airtight once deployed - http://www.youtube.com/watch?v=vv3SII568v0 is a brag video by the manufacturer. Likewise, foaming polymer compounds could be used to create rigid walls.

This is done by necessity, all the time, for solar panels. 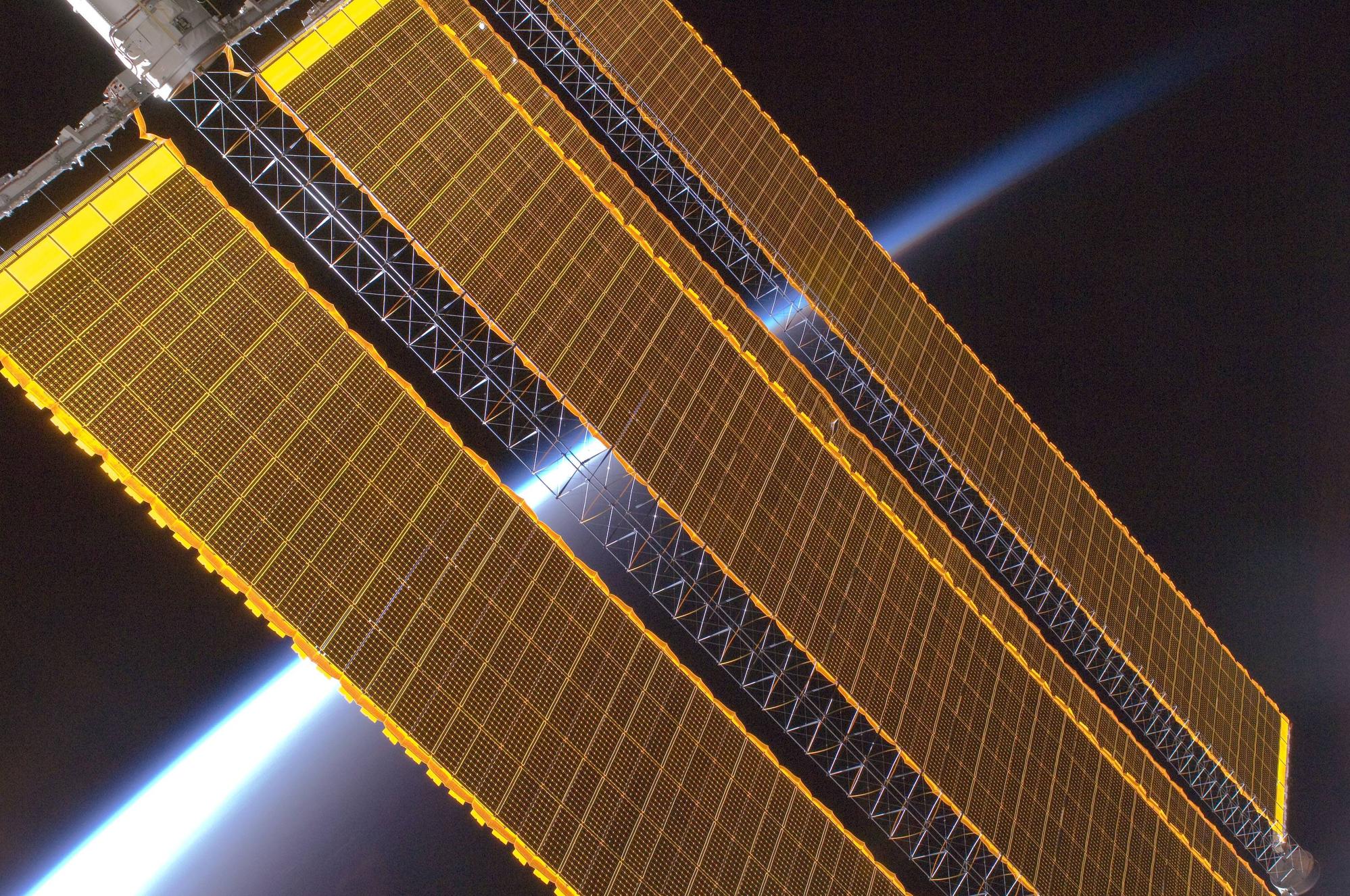 There are also large deployable antennas used for communication satellites and soon for the Soil Moisture Active Passive mission. 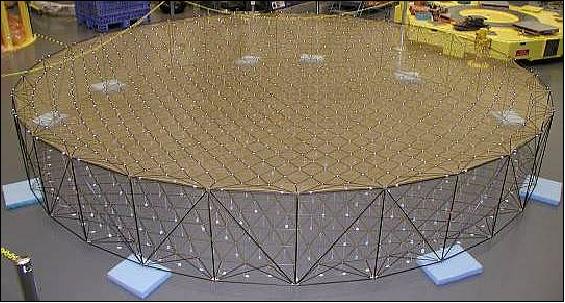 NASA plans to test an inflatable habitat on ISS. 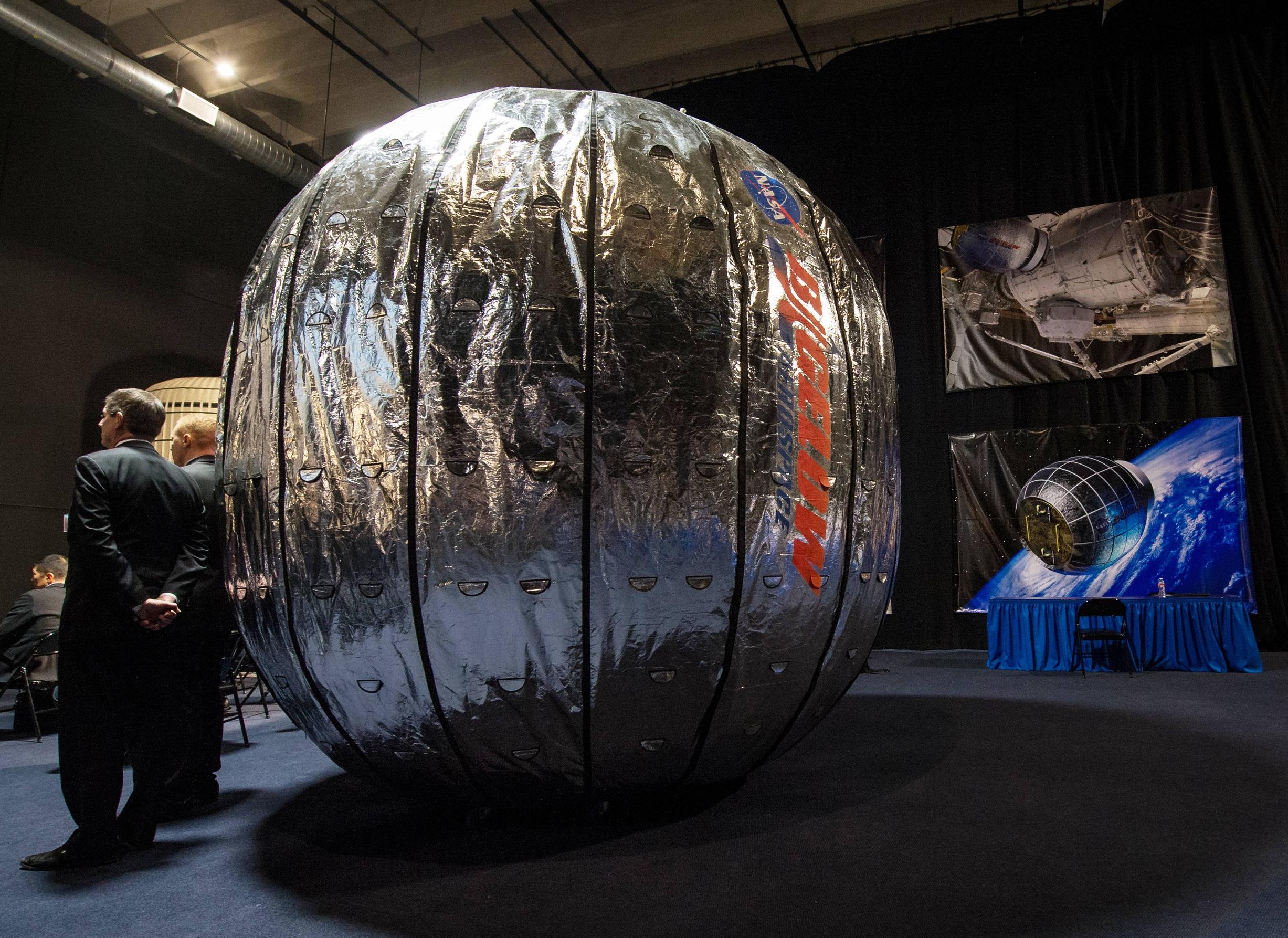 The separation of rotating structures for artificial gravity is likely more efficient using a tether than a deployed rigid structure. You don't need crew quarters on both ends. There's plenty of other non-crewed mass to put at the other end.

Not the answer you're looking for? Browse other questions tagged space-station construction artificial-gravity space-telescope or ask your own question.

5
Artificial objects longer than 40 meters in space
8
What are the practical engineering difficulties in building and launching large inflatable modules?

19
Are there any theoretical size limits of man-made space stations/structures?
6
What are the chances of getting hit by meteoroids or micrometeoroids in space?
1
What are the challenges of a large Bola style Habitat
5
What was going to lift the components of Space Station Freedom?
4
What have been so far the benefits of the competition between construction sites for Starship by SpaceX?
16
Besides health benefits, what are the advantages of including inertial gravity sections on spaceships?
0
What is the origin of this space station design concept and animation?