Have engineers designed a docking procedure that uses a boom/pole that “catches” the target and pulls itself in?

Watching Dragon/Endeavour dock with the ISS, I was curious as to how they used thrusters to orient the spacecraft and “soft dock” with the ISS. The narrators didn’t mention what happened after the soft dock, but I imagine the “hard dock” was something like a convertible closing the roof where pins and hooks are used to lock both spacecraft together.

I was thinking it might be a simpler procedure for either Dragon or the ISS to extend a pole/boom like they use during aircraft in-flight-refueling where a boom is extended to catch a port. Once the boom is locked in, it could orient Dragon and pull it in for the soft dock. Has that ever been considered?

This is how Spacex's previous dragon spacecraft got docked to the ISS. Canadarm2 would grab dragon and pull it to dock to the ISS

For the ISS Dragon cargo flights, the ISS's Canadarm2 grapples its Flight-Releasable Grapple Fixture and berths Dragon to the station's US Orbital Segment using a Common Berthing Mechanism. 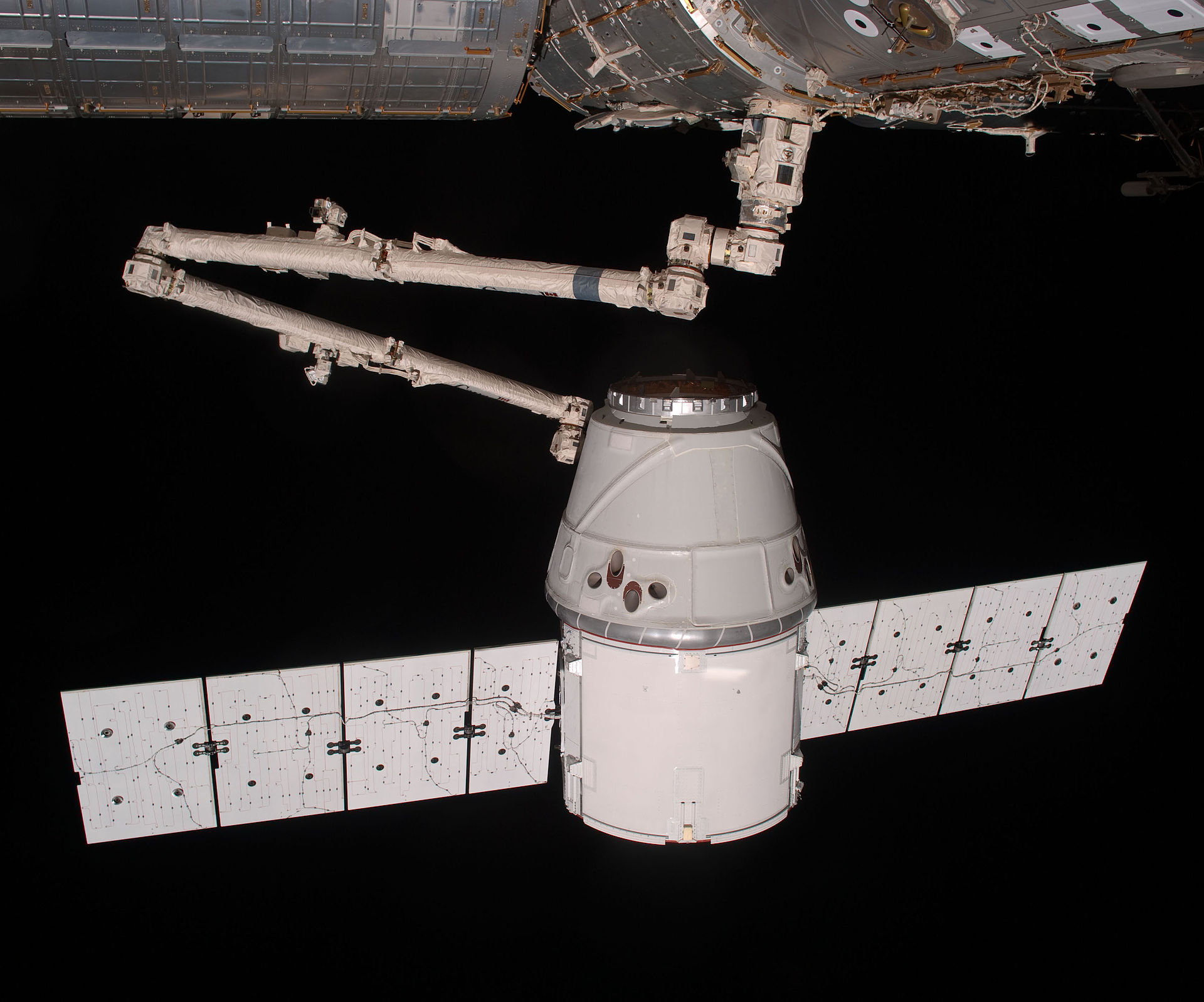 Not the answer you're looking for? Browse other questions tagged design-alternative docking docking-port or ask your own question.

13
Does ISS stop rotation for docking?

16
Do Russian and American spacecraft use the same docking mechanism?
28
Reasons behind the "Transposition, docking and extraction" maneuver
6
Why is the International Docking Adapter limited to mother ships and shuttles in a set mass range?
10
Who performs the docking procedure?
6
What is the specified procedure to follow if there is a fail to create an airtight seal during hard dock?
1
What if we launched rockets from space using the slingshot method and centripetal force? Would that be possible?
4
Did the ISS just turn upside-down? Nauka docking attitude maneuvers; did the cupola near pointing zenith and therefore show only black sky w/ stars?