Why are the Falcon 9 Stage-1 engines placed with offsets in the octaweb compartments?

Pictures of the octaweb show that the engines are not placed at the center of each octaweb compartment---they are closer to one side than to the other.

See the picture below for an example. Focus on just one section of the octaweb---any of the white panels at the top will do. The engine is much closer to the right side of the panel than to the left of it. You can trace the same pattern all the way around the octaweb.

Why? Is this just to make space for other components that must go in the same compartment? If so, then what might those components be? 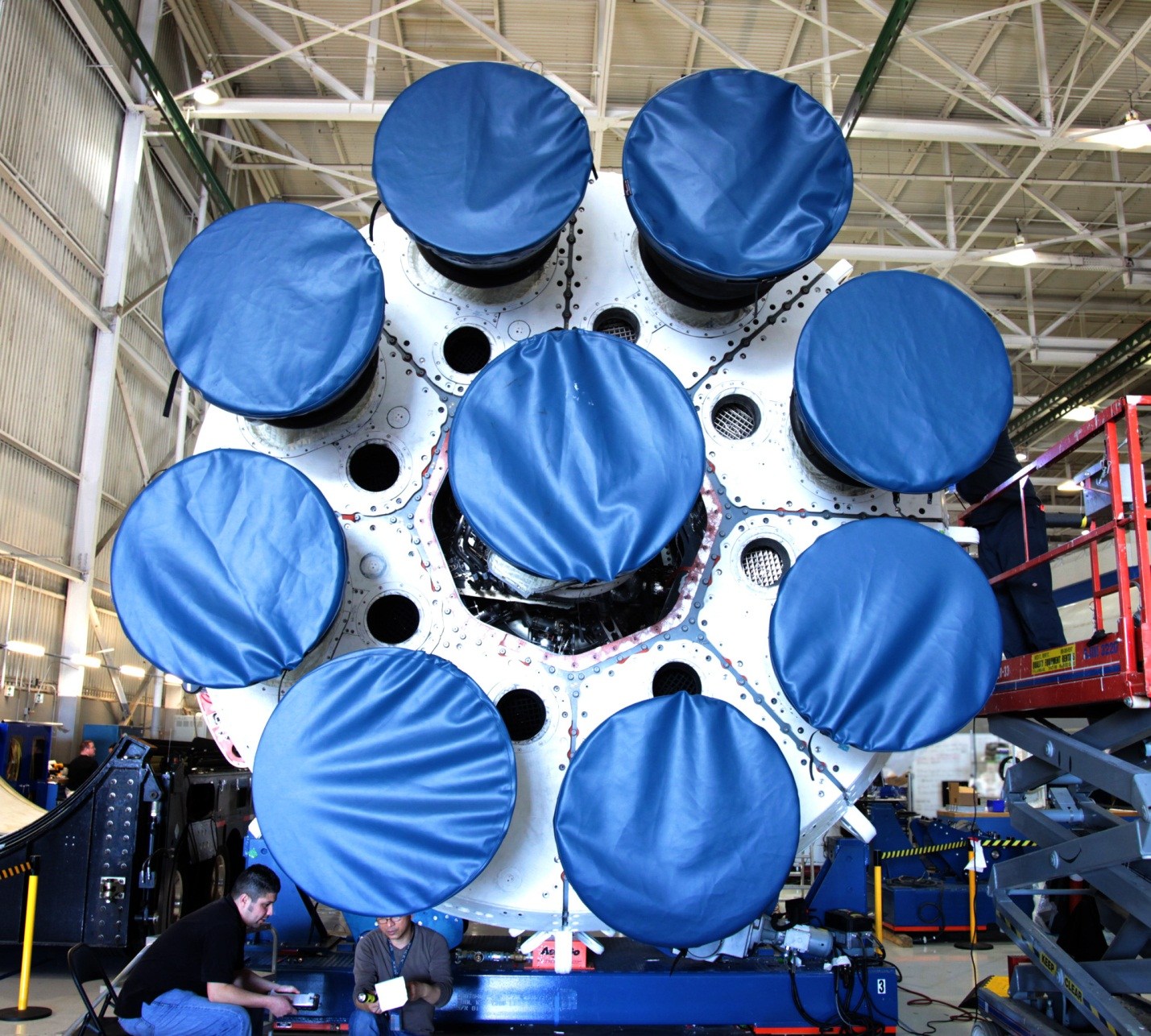 The engine placement looks symmetrically to mee in this image. 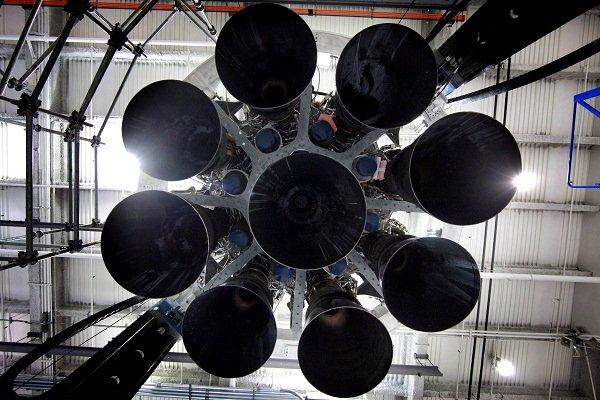 Outwardly, the biggest change is an arrangement of eight engines in a circle around the center engine. Previously, the nine engines were built in three rows of three. SpaceX says the octaweb reduces the length and weight of the Falcon 9 thrust structure and streamlines manufacturing of the first stage. While this is the first NASA mission with an octaweb first stage, the engine pattern flew successfully during several previous SpaceX missions launching commercial payloads.

To place each engine not in the center of each octaweb section would reduce the thrust structure mass and improves the access to the engines during manufacture.

This graphic shows the thrust structure for the offset version: 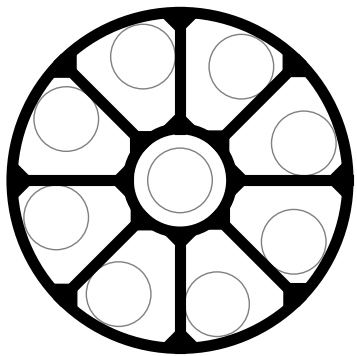 And this is the centered version: 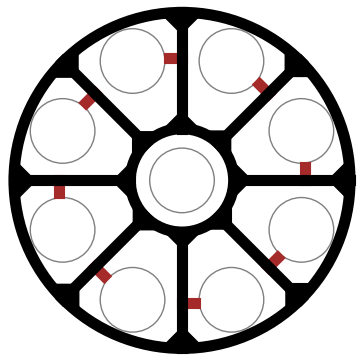 The additional brown parts are needed for a stable centered mount of the engines. So the centered thrust structure weighs a little bit more.

15
Why is the center engine in the Falcon 9 (and Falcon Heavy) Octaweb layout at a different elevation with respect to the outer engines?
13
What are the challenges in Falcon 9 "full thrust" (v1.2) with densified propellant?
12
How do the Falcon 9 engines re-ignite?
8
What difficulties will be faced modifying the Falcon 9 FT, so to have better and easier landings of the 1st stage from a GTO mission?
4
Can Falcon 9 first stage landing final burn using one, two, and three engines? Tradeoffs?
5
What does SpaceX do with all the engines?
16
Why is the exhaust plume of Falcon 9 upper stage shaped the way it is?
0
How are 9 Merlin 1D engines packed and able to fit in a Falcon 9 FT first stage?
4
What are these cartridges with holes on the Dragon trunk?