Why do Crew Dragon astronauts need to climb up one level using the stairs before ingress?

While watching the launch of SpaceX Crew Dragon, I noticed that, once the astronauts came out of the elevator in the fixed service structure, they had to 'climb up' one level using the stairs, before entering the white room through the crew access arm. I'm curious to know why doesn't the elevator take them directly to the crew access arm level?

Earlier, I thought the reason might be due to the height difference between the side hatches on the Space Shuttle and Crew Dragon. But after seeing the following image it became evident that the difference is more than one level: 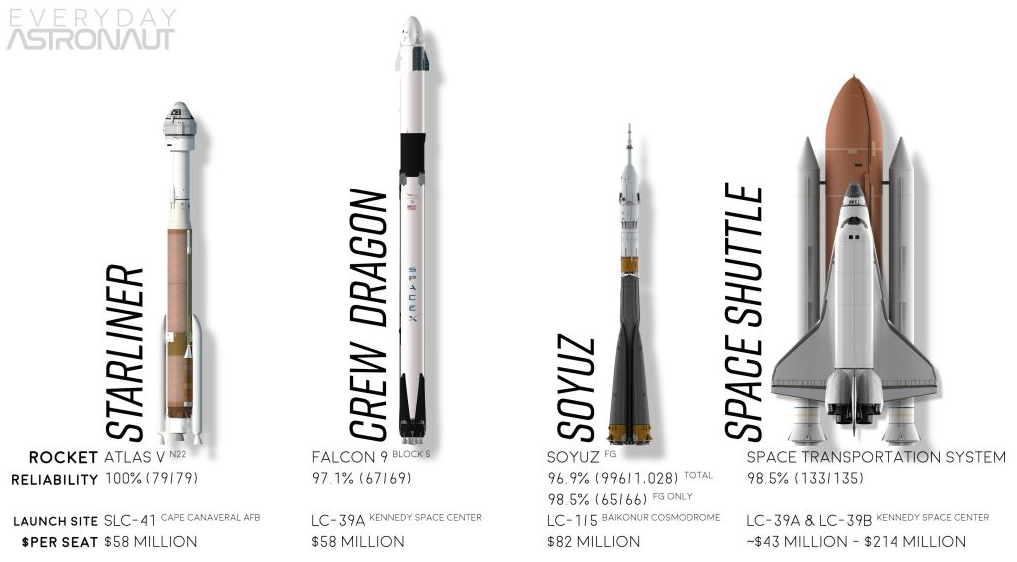 So, definitely it must be a different reason. Even though one level is a small fraction of the astronauts' journey to the space station, this question makes me wonder about the reason which led to this choice.

Scott Manley of the YouTube has a great video that addresses the extra level of the tower, located at the seven minute mark of a recent posting.

Verbatim transcript from the video:

So pad 39A is where they launched from. An historic pad... saw the launches of Apollo, Space Shuttle, but SpaceX took control of it in 2014 and they began modifying it for Falcon Heavy and later Crew Dragon. And they actually took the existing static service tower that was there, so that tower they climbed up is actually made of pieces from the tower that was on Mobile Launcher One, which carried Apollo, a bunch of Apollo missions, Apollo 10, Apollo 13, I think five Apollo missions flew off that. These would be a pad which had the rocket on it and the tower was attached to the pad to be carried by the transporter. When they switched over to shuttle, that tower was disassembled and segments of the tower were used to build the access tower for the space shuttle. Now the space shuttle had it's uh, was a different height. It had different things at different heights. Crew access was much lower down on the space shuttle. At the very top of the space shuttle tower there was the cap for the tank that would continue to replenish the hydrogen and oxygen. So when SpaceX refurbished the pad, they had to work with the existing tower structure they had. And you'll notice that after the elevator ride up, they have to take an extra set of stairs. The reason for that is these segments were twenty feet, you know, six meters apart, and the height to get into the dragon was a sort of half-level, so they added an extra half-level, but to get that half-level, they had to take a set of stairs to get to that half level.

The rest of the dialog is unrelated to the question about the stairs/elevator, etc.

The launchpad where SpaceX now launches its missions dor instance Crew Dragon mission is pad Kennedy Space Center Launch Complex 39. A lot of missions like Apollo missions Saturn V, Space Shuttles, Falcon 9, and finally Falcon Heavy. This pad built-in 1967 was acquired by SpaceX in 2014. When SpaceX acquired the pad they had to work with the structure already present. The tower was built for Saturn V and was connected to the transporter. After it was reassembled for shuttle missions. And when being acquired by SpaceX it had to be redone once again. As a result, the heights of the sections and Falcon 9 did not match. The height between each section(as mentioned in Scott Manleys video) is 6 meters and Falcons access point was in between, that's why they had to use the stairs.

Not the answer you're looking for? Browse other questions tagged spacex dragon-v2 launchpad kennedy-space-center or ask your own question.

7
Why does SpaceX not use the Crew Dragon for CRS missions to test it?
3
Will there be privacy on the Crew Dragon moon trip?
14
Getting the SpaceX dragon crew rated
13
Why do they make the astronauts sit in Crew Demo-2 for so long before launch?
18
How would astronauts brave a 19 hour trip to ISS inside Crew Dragon capsule?
8
What is inside the overhead compartments in crew dragon
21
Why is the SpaceX crew-1 mission more important than the previous one (demo-1)?