How does the Dragon trunk separate from the Falcon second stage?

I've pored over the pictures and still I can't figure it out.

I know the second stage separates from the first stage using positive force from pneumatic pushers.

I also know that the payload fairing (the wider bullet shape used to deliver satellites to space) has a mounting plate which allows for any type of payload adapter chosen by the customer.

But the space station cargo resupply missions don't use the payload fairing---they use the cargo Dragon. And the cargo Dragon attaches to the Falcon stage through the trunk. So what is that connection like, and more importantly, what type of separation system do they use?

I do see a few things on the trunk that suggest mounting points. There are six of them arranged hexagonally. Picture below. These could be collets for locking, but there is no trace of a pneumatic cylinder here or on the second stage. 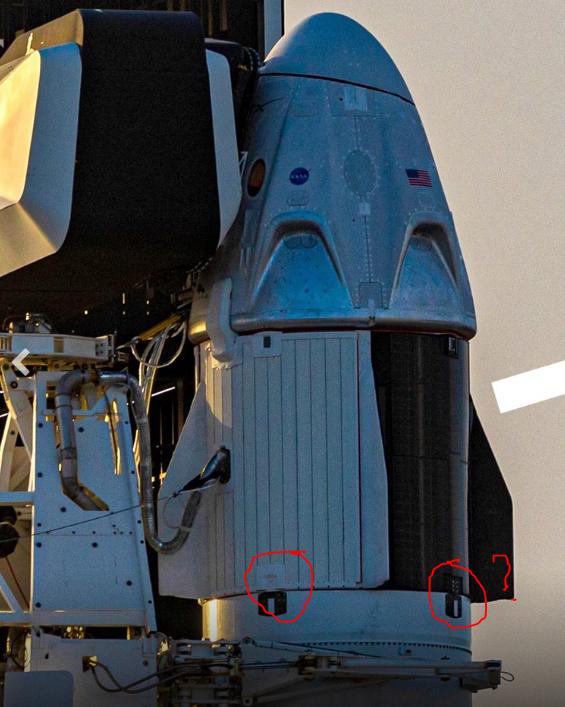 Some text from this NASA paper:

SpaceX has experience integrating numerous commercially‐available and internally‐developed payload separation systems. A Marmon clamp system was flown on the first Falcon 1 demonstration flight 1 and a LightBand system from Planetary Systems Corporation was employed on the second Falcon 1 demonstration flight. Additionally, SpaceX is currently developing a low‐shock tension band separation system for the Falcon 9, which uses a non‐ pyrotechnic release mechanism.

With thanks to commenter "Alex,"

From the 2020 Falcon 9 manual: The Falcon second-stage and Falcon Heavy side-boosters restraint, release, and separation systems use pneumatic devices that provide low shock release and positive force separation over a comparatively long stroke.

8
Can the SpaceX Dragon leave the 'trunk' in orbit?
14
Why does Blue Origin land the crew capsule separate from the booster?
7
Why isn't the Falcon 9 first stage severely damaged by the blast of the second stage following separation?
6
Is the Falcon 9 second stage engine throttled down to limit maximum acceleration
4
What are these cartridges with holes on the Dragon trunk?
2
Dragon Launch Escape: Attitude Control?