How do Falcon 9 grid fins deploy?

Is it aerodynamic drag that flaps the grid fins open? Or is there a controlled mechanism for it? Pictures show the grid fins connect through a small link to something inside the rotating trunnion arm---anyone know what that's for? 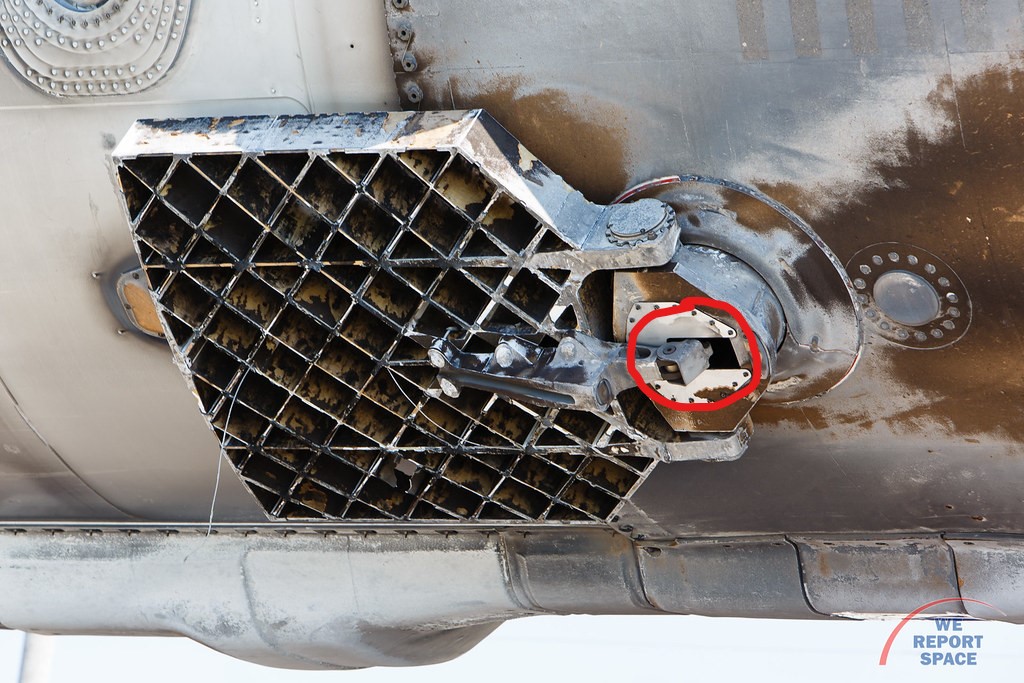 They are hydraulics which initially used an open loop, using kerosene as the working fluid. Some of the initial landing attempt failures were because they ran out of fluid. Closed loop would keep the fluid in the system, open loop dumps it after it is used.

When they land, the hydraulics also retract the fins so you can see it is under active control.

This is basically the same system steering the fins, just in a different axis.

9
How will Dragon v2's solar panels be protected during launch on top of Falcon 9?
14
How effective are Falcon 9 1st stage grid fins in the last few seconds before landing?
3
What's behind the design of SpaceX grid fins?
3
How do the F9 grid fins extend and rotate?
7
How will BFS maneuver during aerobraking?
3
Is helium used to power the Falcon 9 grid fins?
4
Can the grid fins affect the rotation of the Falcon 9 descent?