Why are Perseverance's wheels flatter? 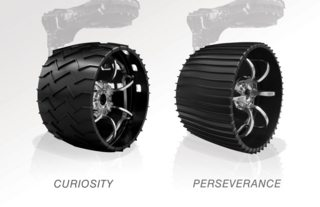 Curiosity had problems with its wheels (first severe abrasions noticed on sol 411), so it is understandable that they would want to improve the wheels greatly for subsequent missions to the red planet.

What benefit did the engineers see in making the wheels flatter?

A sister question was asked on engineering.se: Rover Wheels: Convex or Flat?

It asks a straight question about which profile is better, posed from a more engineering-oriented perspective, not asking why the engineers changed the design. It has not received any answers yet (as on the date of posting this).

Browse other questions tagged mars rovers curiosity perseverance or ask your own question.