Knowing when to stop burning

Navigating in orbit usually relies on firing engines for some amount of time to achieve a specific velocity. This answer, for example, mentions "closed-loop guidance" for the ISS boosting.

I'm mostly interested in both stable orbits and transfer orbits around earth and other bodies, not so much the initial launch (which is tracked from ground based radar, as I understand?)

This is how it worked for the Space Shuttle, it was fairly autonomous. 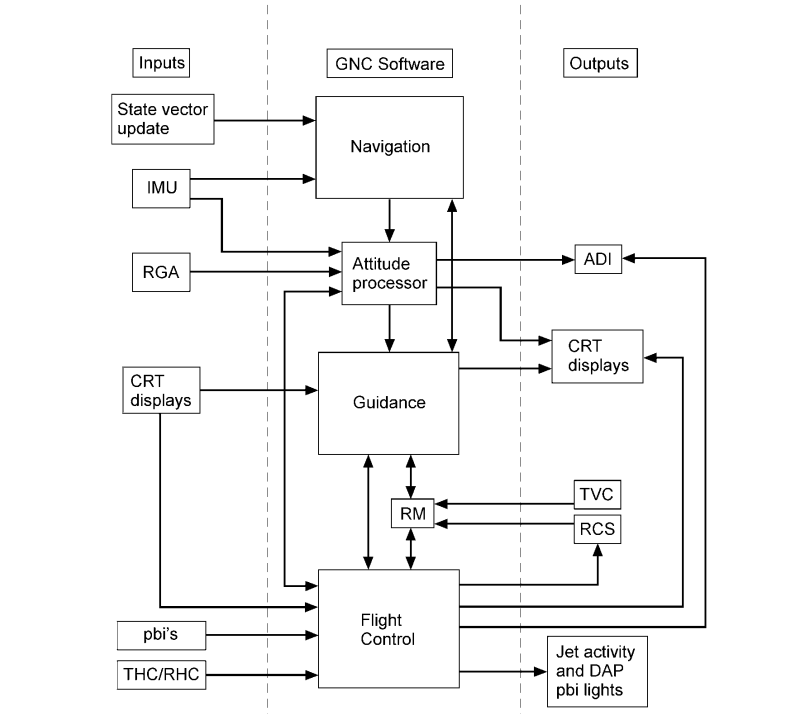 To perform insertion, orbit, and deorbit maneuvers, there must be accurate data for the orbiter's location and velocity with respect to the Earth for use by guidance and control. This is the task of the shuttle navigation software. The navigation software maintains an accurate estimate of the orbiter’s inertial position and velocity in the form of a seven-element “state vector.”

During accelerated flight, the IMUs supply the information to calculate this vector. The onboard vector may be updated or replaced by the ground with a vector based on data obtained from tracking devices.

Because the vehicle's location changes with respect to the Earth as it orbits, the state vector is constantly changing, and nav is continually having to recompute it. This is done in the General Purpose Computers (GPCs) via an algorithm known as “super-g navigation.”

a. Given the state vector and gravitational acceleration from the last cycle, a new position vector is estimated using either modeled drag acceleration or IMU-sensed acceleration.

b. The gravity at the new position is calculated.

c. Using the change in gravity from the past to the current cycle, the position and velocity vectors are recomputed.

The flight controllers in the Mission Control Center (MCC) have the capability to monitor the onboard state vector as computed by nav. In addition, they can monitor tracking data from ground-based radar and other external sources. By comparing the two, they can see what sort of errors are accumulating. Errors in the onboard state vector are inherent in the propagation scheme and grow with time, following a fairly predictable pattern. MCC evaluates these errors and may uplink a correction factor called a “delta state update” (if in powered flight) or a new state vector (if in coasting flight) into the system.

15
How precisely do we know mass of the ISS?
12
How is rocket engine cutoff controlled?

13
Does ISS stop rotation for docking?
6
How are precision trajectory measurements made of trans-Neptunian spacecraft?
5
How to calculate Orbital Inclination knowing the launch azimuth and launch latitude?
15
Can the James Webb Space Telescope basically manage its own orbit if necessary?
10
Could the ISS stop rotating wrt the stars for a few days, then start again?
6
When were the presence of specific elements on asteroids first identified?
4
How do I calculate re-entry velocity when decaying from a circular orbit?
3
Confused about SGP4 implementation published by celestrack
1
What happens when an RCS thruster fails to fire?