Why are stages not connected by the engine nozzle? Why are interstages used?

Finally to the question: Why aren't nozzles used to bear the stress of accelerating upper stages? Why are interstages used (required?)?

Am I misunderstanding the stresses involved? Do the stresses during engine burn differ substantially from those endured when being accelerated by the stages below? Or is it an orthogonal issue to the stresses of launch--maybe it's difficulty designing an effective nozzle which can be reliably decoupled from the stage below it?

The answer is a bit more nuanced than Organic Marble presents it. It makes sense to make a force balance to see what bits of engine can take which amount of force.

First, let's look at the chamber. It has a static pressure $p_1$ which is balanced everywhere by the walls, except at the throat where there is a large gap. This results in a net force of magnitude $p_1A_{throat}$. I plugged in some values of the Raptor rocket engine, and found that this contribution is about half of the total thrust.

The other half is then created by the diverging nozzle/bell. Again by force balance, this means that just after the throat, there is indeed a 'compressive force' equal to around half the total thrust. So one could think that you can at least support half the rocket's weight on the engine bell. However, we find that the load case from firing the rocket and just 'standing' on the bell is different. In case of firing the rocket, this 'compressive force' is due to a distributed load of the nozzle pressure, whereas a 'standing' rocket has all the force concentrated at the nozzle edge. This means that in the first case, the end of the bell almost only sees hoop stress and no axial stress, whereas in the latter case, the bell is axially stressed throughout.

So, for those two reasons (the bell only carries half the thrust, and the loadcase is different), the nozzle would need beefing up, and worse, after staging you do not shed this extra structural mass.

A final problem is that the interstage has more functions than carrying the weight of the accelerating upper stage. In addition to strength, it also provides stiffness against the rocket 'bending' like a twig. Bending stiffness grows quadratically with diameter (for constant wall thickness), so it makes sense to make to create this stiffness on the outer perimeter rather than at the rocket's throat or gimbal mechanism.

There is a misunderstanding in your question

"The engine bell(s) already support the entire compressional stress generated by the weight of the stages above it when the engine is firing..."

No, the engine bells do not. 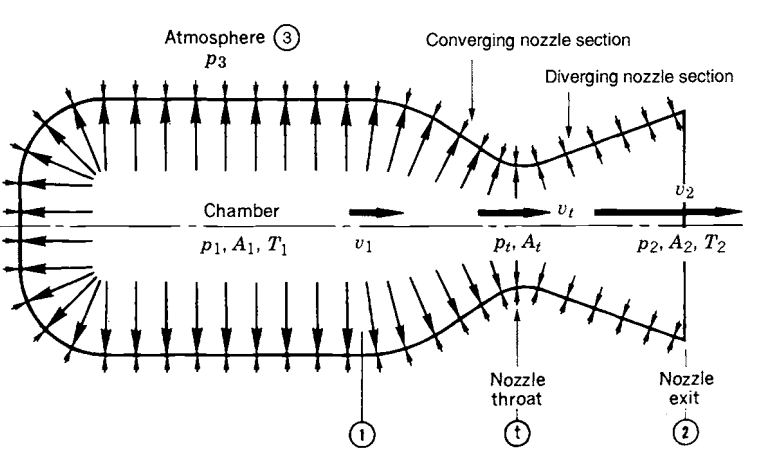 The bells mainly withstand the differential pressure forces from the gases flowing through them. Note that these forces are largely in the transverse direction, so that that "hoop strength" is the primary structural consideration for nozzles. (Of course a certain amount of longitudinal strength is required to keep the nozzles from falling off and to withstand the small components of longitudinal pressure force acting on them.)

The top of the combustion chamber is where the bulk of the force is transmitted to the vehicle, typically through a gimbal fixture. 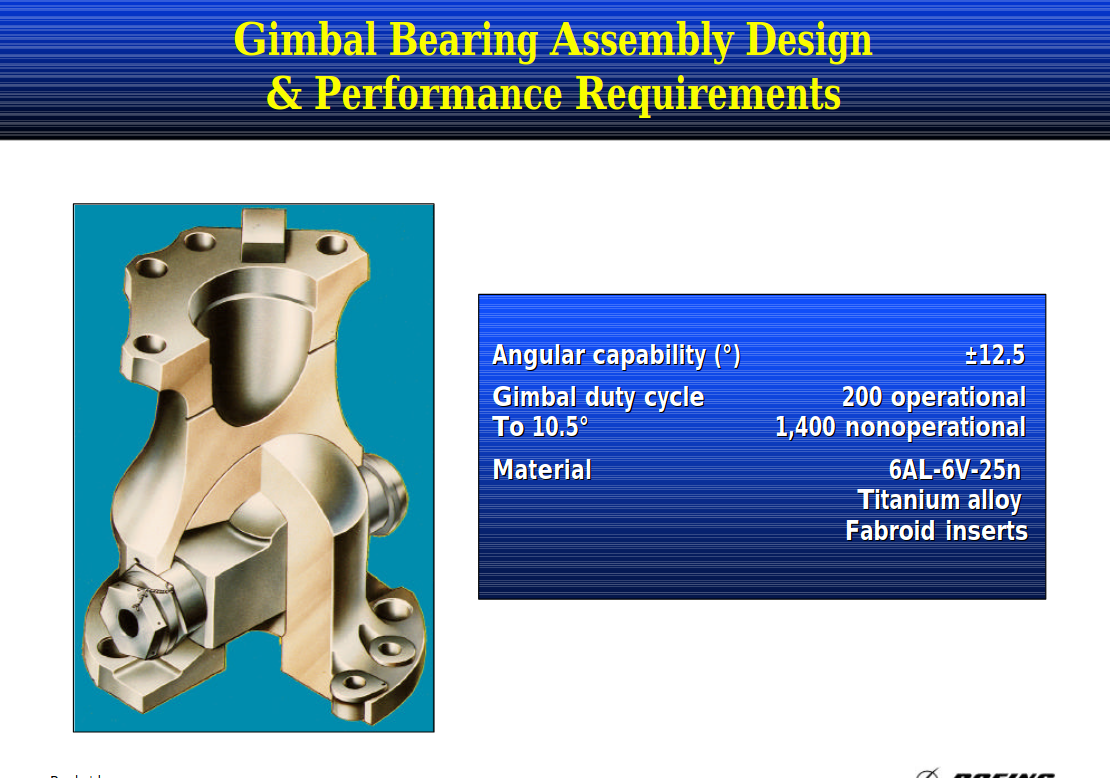 So, the interstage is needed to support the structural loads because the engine nozzles cannot. Nozzles that are beefy enough to handle the longitudinal loads would have severe heat transfer issues and complicate the design of the thrust vector control system.

It is important at stage separation to remove as much as possible weight from the upper stage. The interstage weight does not count after separation, but any enhancement of the upper stage engine nozzle does.

Not the answer you're looking for? Browse other questions tagged engine-design design stage-separation structural-design or ask your own question.

10
What was the maximum thrust of the Rocketdyne F-1 engine?
32
When did the concept of “stages” enter rocketry?
15
Why not keep the engine for multi-stage rockets?
13
Why do some struts used in aerospace vehicle structures taper at the ends?
14
Why aren't expander cycle engines used on lower stages?
20
Why was the Polyus mounted backward?
6
What were the space shuttle’s emergency procedures for an SRB or ET separation failure?