What routinely happened in the TIROS control center? Was anything controlled there?

Question: What actually happened in the TIROS control center at Goddard Space Flight Center, Greenbelt, Maryland? Did they receive and print out satellite images in this room? If so, how? Did they send signals or otherwise decide on commands to "control" the TIROS spacecraft? If so, how?

TIROS 1 (Television and InfraRed Observation Satellite), the first weather satellite, was designed to test the feasibility of obtaining and using TV cloudcover pictures from satellites.

The TIROS Program (Television Infrared Observation Satellite) was NASA's first experimental step to determine if satellites could be useful in the study of the Earth. At that time, the effectiveness of satellite observations was still unproven. Since satellites were a new technology, the TIROS Program also tested various design issues for spacecraft: instruments, data and operational parameters. The goal was to improve satellite applications for Earth-bound decisions, such as "should we evacuate the coast because of the hurricane?".

The TIROS Program's first priority was the development of a meteorological satellite information system. Weather forecasting was deemed the most promising application of space-based observations.

TIROS proved extremely successful, providing the first accurate weather forecasts based on data gathered from space. TIROS began continuous coverage of the Earth's weather in 1962, and was used by meteorologists worldwide. The program's success with many instrument types and orbital configurations lead to the development of more sophisticated meteorological observation satellites. 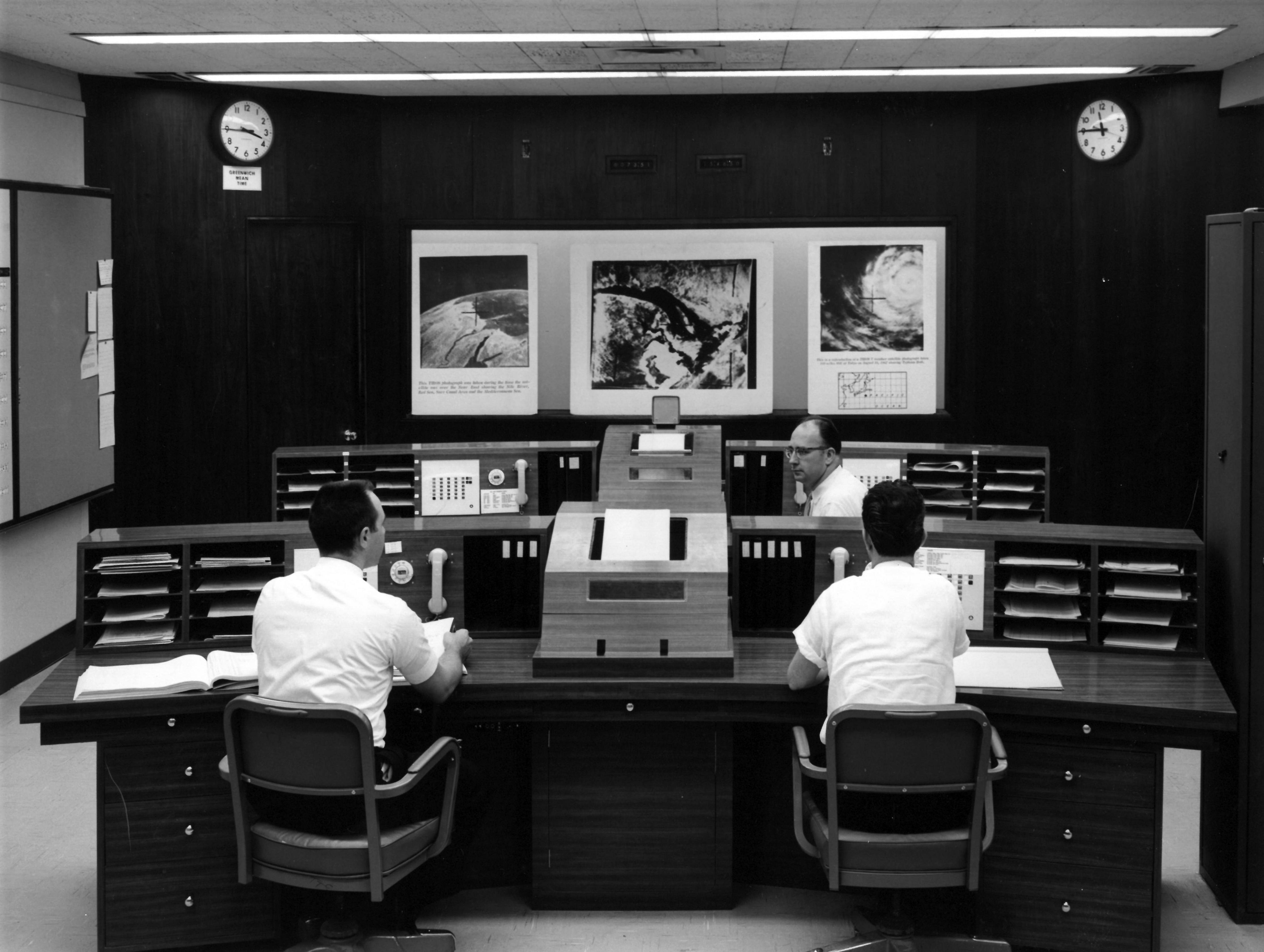 The evolution of the TIROS meteorological satellite operational system

According to the operating procedure established jointly by NASA and the Weather Bureau, responsibility for deciding which portions of an up-coming Tiros orbit should be photographed was largely that of the Bureau, or more specifically, its National Weather Satellite Center (NWSC). Having decided which portions held the greatest meteorological interest, NWSC would request NASA’s Tiros Technical Control Center (TTCC) at Goddard Space Flight Center to program the satellite’s picture-taking accordingly. The TTCC would then compute the necessary commands and transmit them to the CDA stations for relay to the satellite.

Not the answer you're looking for? Browse other questions tagged nasa history earth-observation weather tiros-spacecraft or ask your own question.

8
How were video tape recorders adapted to work in orbit in 1962?

15
Who really coined the phrase “Light the Candle!” to commence with a rocket launch?
2
Why do the solar panels on the seven Sentinel configurations look so completely different from each other?
1
What optical design is used by the GEDI's receiving telescope and how is the secondary held in place?
9
Who was the first to successfully implement on practice ablative heat shield?
8
How were video tape recorders adapted to work in orbit in 1962?
1
Why does OGO-1's trajectory and imminent reentry come from sky surveys and NEO tracking rather than normal satellite tracking?