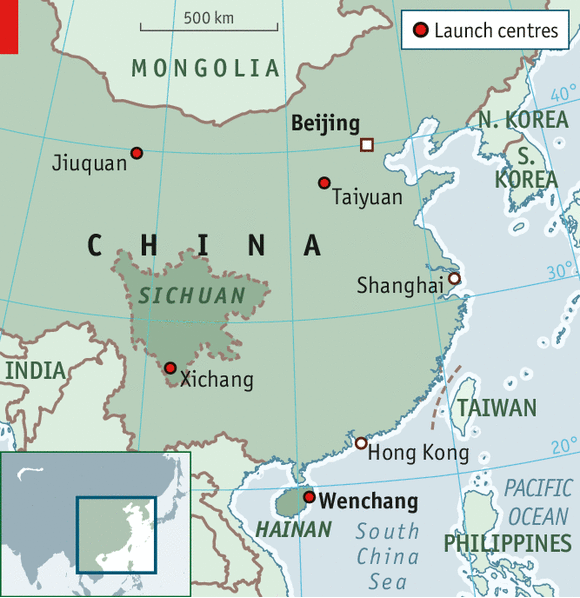 2
Chinese launch site locations
14
Why is China's primary launch facility so far north?
2
Does China have a "space coast"? Will it?

14
Why is China's primary launch facility so far north?
2
Does China have a "space coast"? Will it?
25
Which has been the most gregarious rocket, launched from the most sites?
8
Will Chang'e-4 really take a month to "get to the Moon"? With what trajectory?
33
Why are Japan's launch facilities so far north?
4
Why has China been slow in phasing out CZ-2,3,4?
11
Is there independent evidence that China landed a robot on Mars in May 2021?