In the early ICBM-era rockets, it seems that inertial navigation accuracy was critical. How did these systems filter out the noise in the data due to the vibration of the rocket?

If a fairly slow digital computer was sampling acceleration and making calculations from there, random but short shocks of many Gs due to vibration would significantly affect the accuracy.

Were the inertial measurement units dampened against vibration? Was some method other than sampling used to determine the acceleration over time?

TL;DR For ICBMs of comparable era to the Saturn-V, like the Titan II, Pershing, and the Redstone, mechanical attention, electrical and digital filtering was used to remove the vibration from the sensors. Most of the vibration power was out of the control frequency (which you cannot attune without affecting your control).

It depends what you mean by "early" however we can probably get the best information by looking at the inertial guidance system of the Saturn V. The Guidance System shares heritage and general design with many missiles developed in the early 60s like the Titan II and the Redstone.

However, the data for the Guidance Computer comes from what is known as an Inertial Platform. The Saturn-V uses the ST-124-M3 Inertial Platform [1]. Where some of the magic happens (lots of it goes on in the computers too!). 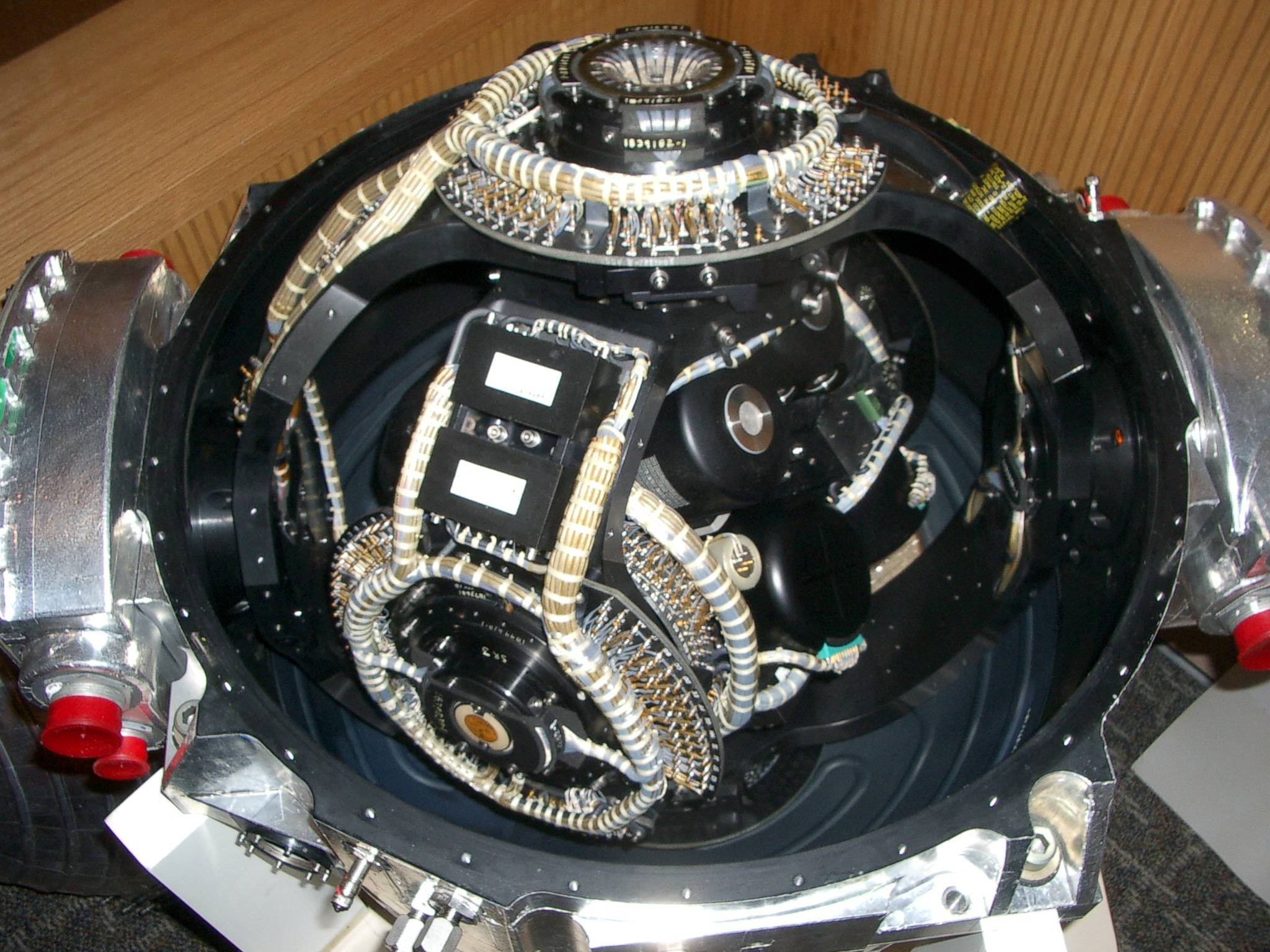 It has what is known as a Stable Platform where a portion of the system is held at a constant orientation as the vehicle rotates around it, called the Inert Gimbal. The Inert Gimbal in the Saturn-V has 3 Gyroscopes and 3 Accelerometers. It holds itself stable by taking the outputs from the Gyroscopes and feeding it into servos that resist the changes in the rotation of the platform keeping it in position. This lets it report it's absolute angle in the inertial reference frame, as well as the acceleration in every axis in the inertial reference frame [2]. 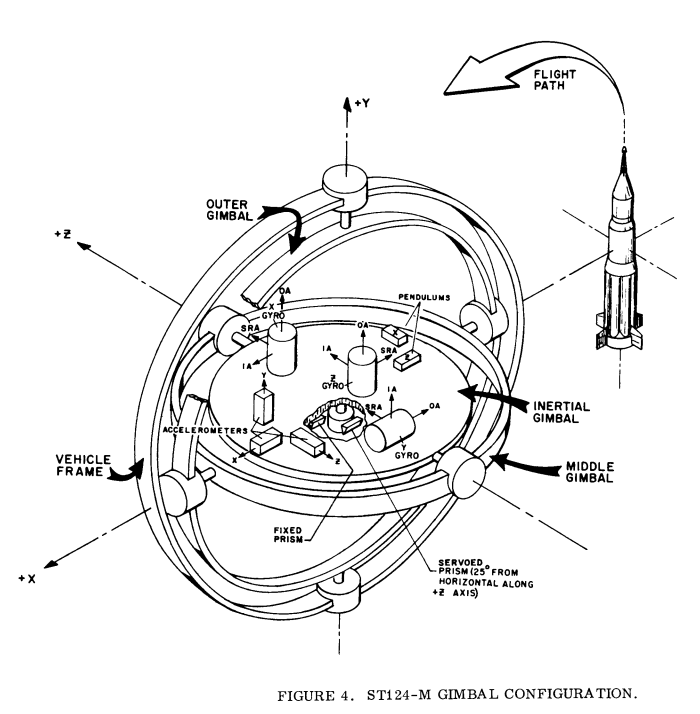 The Gimball itself attenuates vibration above 280Hz, and as you can see from the below vibration spectrum, that already cuts out a lot of energy. There are analog filters that shape the signal being sent back to the servo drives and then out to the computers from the gyros, accelerometers, and position sensors, limiting the bandwidth further to somewhere in the tens of Hz. 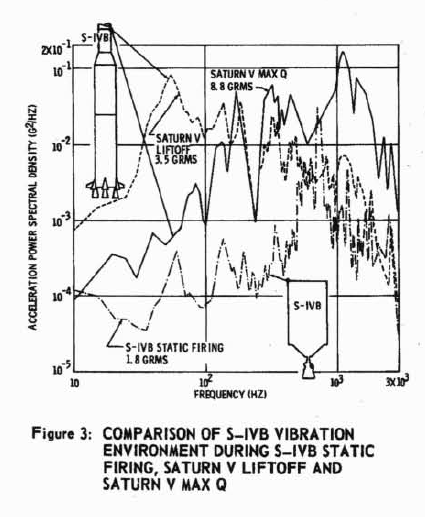 Here is the control spectrum, as you can see the highest frequency control is done for the Thrust Vectoring system at a little above 4Hz, well below the filtered bandwidth in a region where there is (relatively) little vibration. 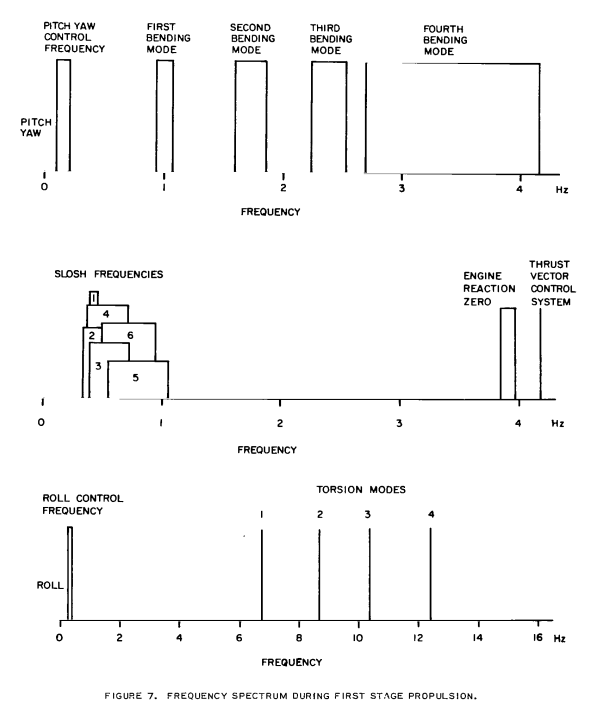 Notes: Both [1] and [2] contain an enormous wealth of super detailed information, detailed closed-loop transfer functions, diagrams characterization. Detailed descriptions of the Gyros, Accleromoters, interconnect systems, etc... just amazing! I didn't even touch on some of the other really cool systems like pendulums and optical systems sighted from the ground to align the platform shortly before launch.

20
How did NASA determine the distance and velocity of voyager 1?
5
How does an onboard atomic clock help interplanetary navigation?
39
Given small computational resources, how was navigation implemented? (Not samples of old guidance software)
9
How did the star tracker on the Corona (Key Hole) satellite work?
4
How did the automatic sextant on the late-1950's MIT Mars Probe work?
4
How can I generate Chebyshev cofficients from SPICE for J2000 Inertial to Moon ME Frame?
10
Could Apollo's Sextant navigation use similar geometry as Marine Navigation?