What precautions are planned to prevent samples returned from Mars crashing and releasing organisms on Earth?

Bias disclaimer: I think that returning samples from Mars to Earth at a point in time where we also suspect there is a chance that there is microbial life on Mars is ill-advised and arrogant. We are already scared of ancient viruses we don't know about trapped frozen in permafrost here on Earth being released as the climate warms. Even if a microbe doesn't infect humans, all it has to be able to do is to infect something e.g. algae in the ocean, wheat, rice or corn, honey bees, gut bacteria, and the planet or at least humanity is at severe risk. Random examples of news items are shown below. 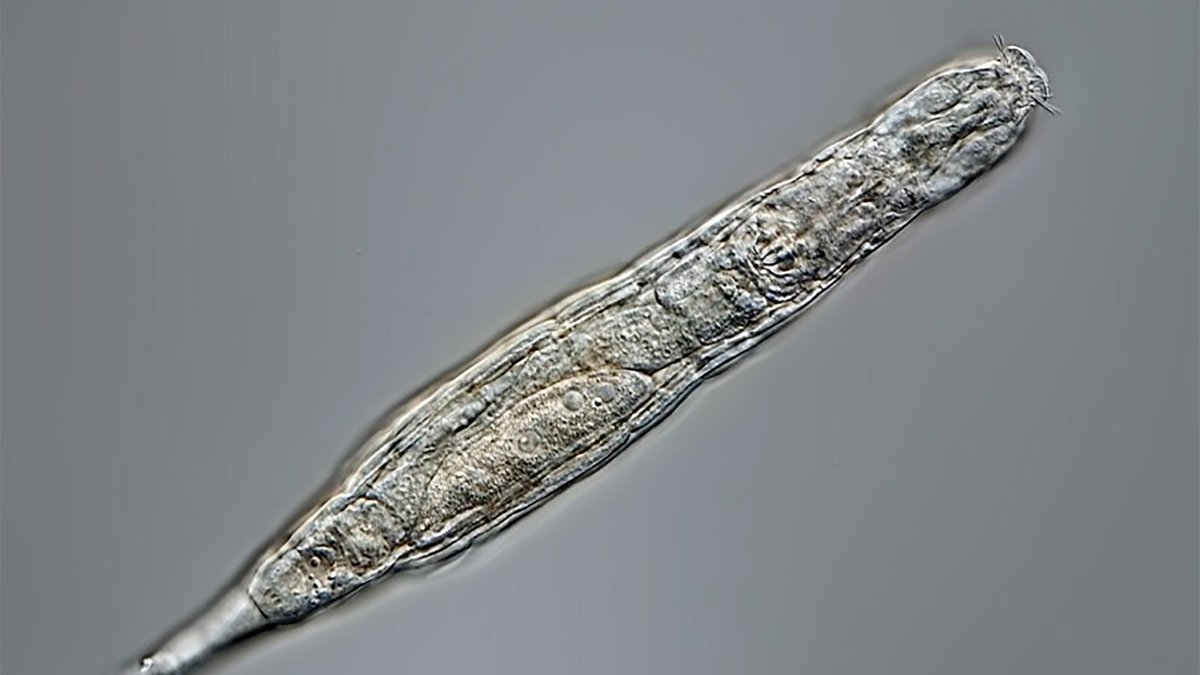 update 4: From the spaceflight-focused Journal Icarus Recovery and Identification of Viable Bacteria Immured in Glacial Ice

By identifying the features that facilitate microbial survival within terrestrial ice, extrapolations to the likelihood of microorganisms surviving frozen in water ice on Mars, Europa, or within comets will be improved.

Bacteria of above phyla have been successfully cultured from very old frozen glacier ice [18,19,20,21], including some that were believed to have been preserved for >750,000 years [19] because of the subzero temperatures and low water activities within the ice matrix. Some bacteria were preserved as spores in glacier ice [22, 23]. Although there is currently no direct evidence for in situ activity, some studies have hinted at the possibility of microbial activity in frozen glacier ice based on the detection of some excess gases (e.g., CO2, CH4, and N2O), which may be produced by post-depositional microbial metabolism [24,25,26].

These all discuss survivability of whole bacteria and larger organisms as well. From the BBC's :

But the new study, published in Current Biology on Monday, suggested they could last for thousands of years, if not indefinitely.

"The takeaway is that a multicellular organism can be frozen and stored as such for thousands of years and then return back to life - a dream of many fiction writers," Stas Malavin, of Russia's Institute of Physicochemical and Biological Problems in Soil Science, told the Press Association.

“The takeaway is that a multicellular organism can be frozen and stored as such for thousands of years and then return back to life—a dream of many fiction writers,” said (Stas) Malavin. (a co-author of the study)

The main characteristics that distinguish bdelloids from related groups of rotifers are exclusively parthenogenetic reproduction and the ability to survive in dry, harsh environments by entering a state of desiccation-induced dormancy (anhydrobiosis) at any life stage. They are often referred to as "ancient asexuals" due to their unique asexual history that spans back to over 25 million years ago through fossil evidence. Bdelloid rotifers are microscopic organisms, typically between 150 and 700 µm in length. Most are slightly too small to be seen with the naked eye, but appear as tiny white dots through even a weak hand lens, especially in bright light.

update 2: See Life on Mars? Scientists Find Mars Has Right Ingredients for Present-Day Microbial Life Beneath Its Surface which links to (paywalled) Earth-like Habitable Environments in the Subsurface of Mars

"NASA stands up these independent boards to help the agency learn from past experiences and uncover subtle issues in space systems that may not have yet received sufficient attention," said David Thompson, retired president of Orbital ATK, who will chair the new board. "This review will give us the chance to focus on overall mission success and to consider potential improvements that can be made early in the program to help ensure that outcome."

Now that's what I'm talkin' about!! Image of the Genesis crash site below illustrates one such "subtle issue." ;-)

Typing "back contamination" in the search box on the main page https://sma.nasa.gov/ returns results that include:

Safeguarding Earth from back contamination is the highest planetary protection priority

Safeguarding the Earth from potential back contamination is the highest planetary protection priority in Mars exploration.

From 2nd COSPAR WORKSHOP on: Refining Planetary Protection Requirements for Human Missions May 15-16, 2018 and COSPAR WORK MEETING on Developing Payload Requirements for Addressing PP Gaps on Natural Transport of Contaminants on Mars May 17-18, 20 18 BOX 1: COSPAR Planetary Protection Principles and Implementation Guidelines for Human Missions to Mars

Question: Considering the (small) potential for there to be microbes in Martian samples robotically returned to Earth, what precautions are planned to prevent an accident or anomaly or something else unlikely but not impossible from releasing them into the environment? Will there be hazmat crews ready to go if another Genesis-like land crash happens for example? What if it crashes into water?

Please don't post answers that this is not likely to happen; this is a question about the extent of precautions.

Sometimes sample return missions go bad and need to be recovered in the desert after they break open.

The capsule broke open on impact, and part of the inner sample capsule was also breached. The damage was less severe than might have been expected given its velocity; it was to some extent cushioned by falling into fairly soft ground. 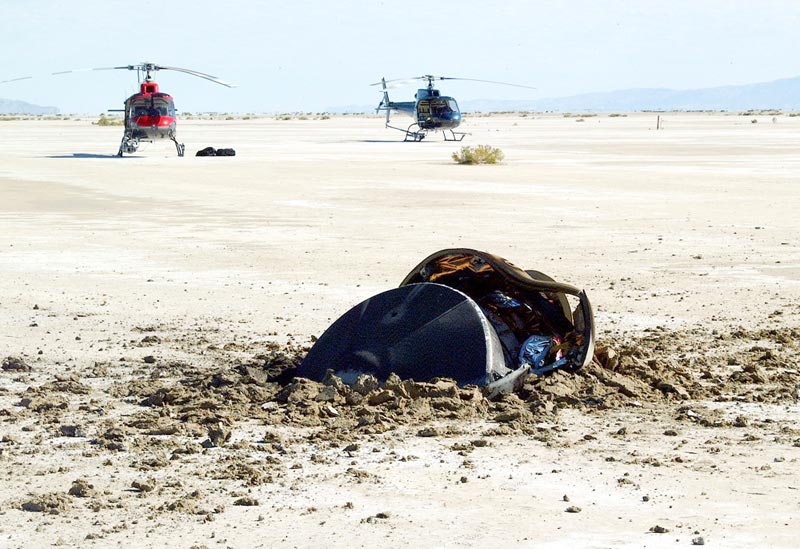 above: Genesis crash site scenery below: What kind of rocket will ESA(?) launch from Mars? Who will build it? 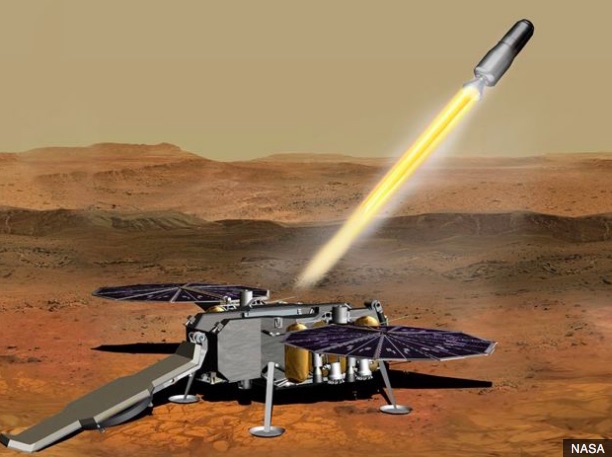 Humanity hasn't yet reached a consensus.

Return samples obtained from a Category V body must be curated at facilities rated Biosafety level-4 (BSL-4). Because the existing BSL-4 facilities ... do not have the complex requirements to ensure the preservation and protection of Earth and the sample simultaneously, there are currently at least two proposals to build a BSL-4 facility dedicated to curation of restricted (potentially biohazard) extraterrestrial materials.
-- https://en.wikipedia.org/wiki/Extraterrestrial_sample_curation

Not the answer you're looking for? Browse other questions tagged mars sample-return regulatory planetary-protection mission-anomaly or ask your own question.

26
What skipped test on Genesis would have detected the backwards-inserted accelerometer which didn't deploy the parachute?
9
Why was there never a lander for the Martian north polar cap?
4
Why would bringing samples from Mars back to Earth be a "civilization-level changing capability"?
7
If Elon Musk wanted to bring back some Martian soil, would US permission be required?
7
What kind of rocket will ESA(?) launch from Mars? Who will build it?
2
Delta-v penalty for stopping in a distant Earth orbit versus using atmospheric reentry for braking and returning to Earth from Mars?
2
Will surface samples from Mars orbit the planet in a spherical capsule until captured?

6
Why haven't we returned samples from Mars?
7
What plan does SpaceX have for planetary protection?
4
Are not crash landings on Mars violating the Planetary Protection rules?
4
Why would bringing samples from Mars back to Earth be a "civilization-level changing capability"?
4
What are the technologies that can identify, validate, and quantify water-rich locations on Mars?
3
What harm could perchlorate consuming bacteria do to potential native life forms on Mars?
4
What do non-NASA authorities do in regards to Planetary Protection?
26
What skipped test on Genesis would have detected the backwards-inserted accelerometer which didn't deploy the parachute?