What goes in the bottom of the Dragon structural dome?

The Dragon has a structural dome shaped like a truncated cone (A below) on a stubby cylinder (B). 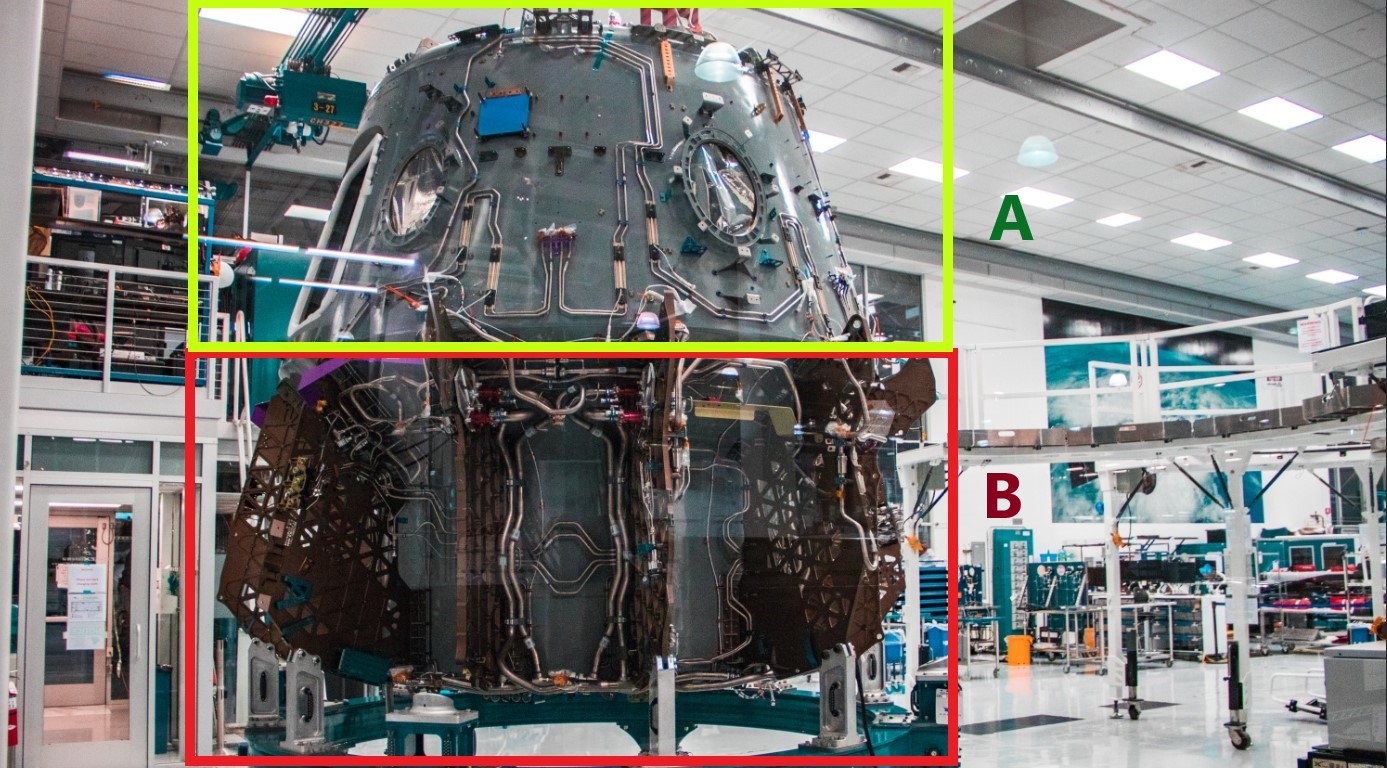 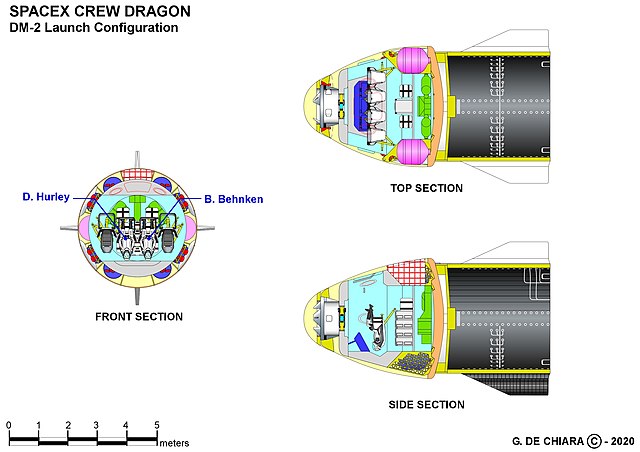 The Crew Dragon is a truncated cone, a popular design which started with the block II Apollo command module

continues with the SpaceX Dragon and Boeing Starliner crew modules 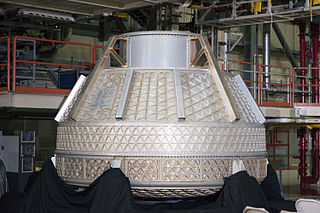 and is proposed for the future Russian Orel crew module. 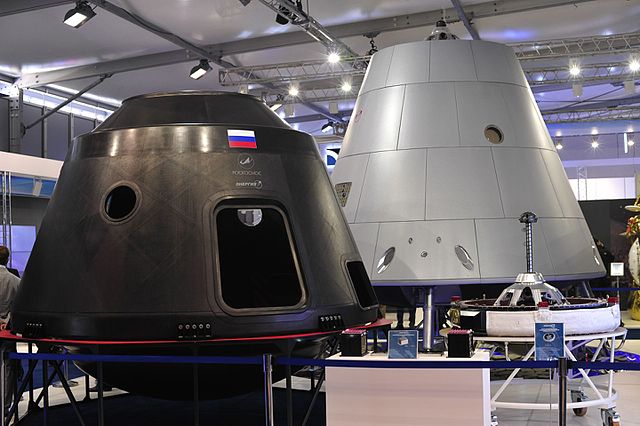 The inner layer is the pressure vessel. This is an airtight compartment which contains the crew and any equipment or supplies that they must be able to access within the cabin.

The apex (tip) of the pressure vessel layer is truncated further back than the heat shield layer. This creates an unpressurized forward compartment which (depending on the spacecraft) contains the docking tunnel, parachutes, uprighting bags, and landing beacon.

The base of the pressure vessel usually stops short of a full cone, ending in a cylinder (which you have labelled B). There is no hatch between these two sections, but crew couches help to partition the space. The space between the cylindrical part of the pressure vessel and the conical heat shield creates an unpressurized aft compartment, along the "bottom edge" of the cone.

In between the two layers are framework called longerons, which provides structural integrity to the capsule and transmits forces. The side hatch must cover openings in both layers. In the original Apollo design, each layer had its own hatch, which made it more difficult to extract the astronauts during the Apollo 1 fire. Modern hatches seal both layers with a unified hatch.

15
Can Dragon, or Dragon V2 be used to boost the ISS orbit?
7
What Dragon was used in May 2015 Pad Abort test?
19
What payload was expected for the 2018 Mars Dragon flight ("Red Dragon")
3
What is the structure of Falcon 9 and Dragon?
5
What prevents the current Dragon capsule being used for crew?
12
Why couldn't the (original) Dragon land in the Atlantic?
4
What are these cartridges with holes on the Dragon trunk?
2
What is the Starship forward dome?
22
What standard was used by NASA to certify the Dragon capsule controls as safe for crewed flight?