How to calculate the maximum heliocentric speed during a flyby?

The following graphs are related to the Voyager 2 / Jupiter flyby occurred on July 1979 (I did the calculation with the SPICE library and NAIF’s data files). 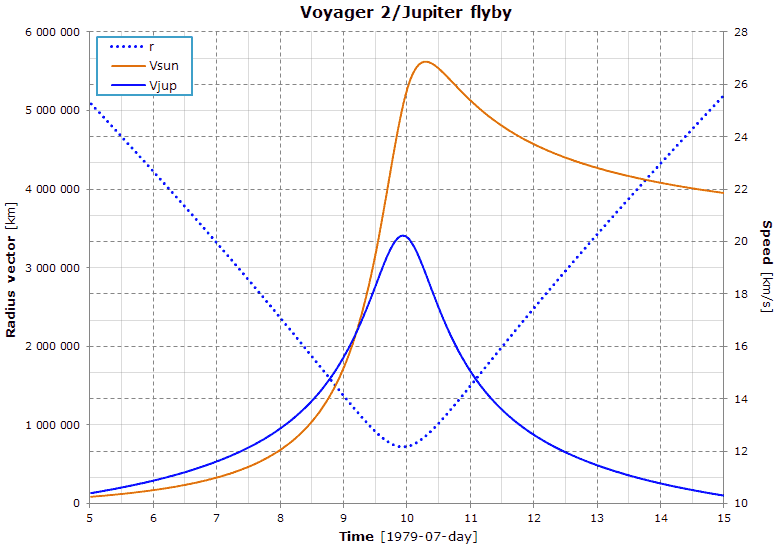 The question comes from the fact that if I plot the position of the bodies, I don’t see any particular geometry to justify a peak in the heliocentric speed when the s/c is in that particular position: 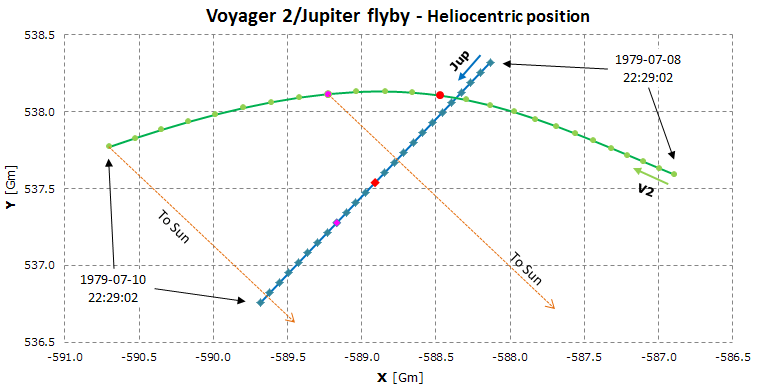 The points are plotted with a 2-hour constant step size. The red points represent Jupiter and the s/c when the s/c is at the periapsis, while the two magenta points are for the maximum s/c heliocentric speed.

As an additional example, here are the graphs for the Rosetta / Earth flyby in the ecliptic plane of J2000: 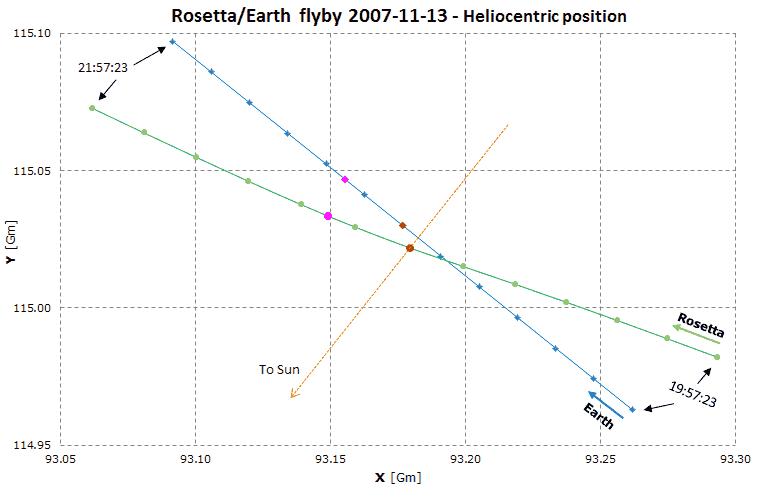 and in the XZ plane (not to scale to amplify the Z axis): 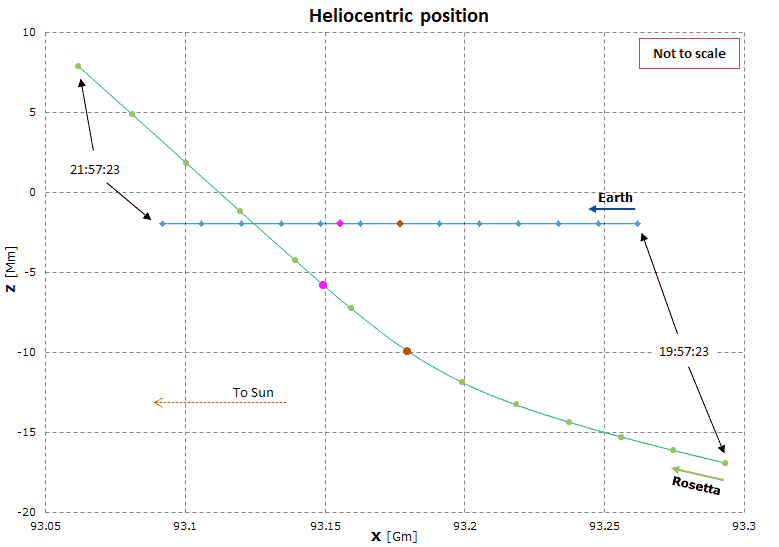 The maximum heliocentric speed is reached about 15 min after the perigee, but, again, I don’t see any particular geometry to justify the fact that the peek is reached in that particular position and not 1 minute before or after.

This question is slightly related to the question Why is the highest speed that Voyager 2 achieved from the Jupiter gravity assist not at perijove?

1
Why is the highest speed that Voyager 2 achieved from the Jupiter gravity assist not at perijove?

17
How to calculate Delta V for lunar flyby
10
Will Juno be visible during its flyby?
16
What pushes a spacecraft during a flyby?
9
Why does New Horizons point at Earth during its flyby
13
What are the "crossing beams of light" in the Cassini images taken during Enceladus plume flyby?
2
How close to the moon would a flyby trip likely attempt?
7
What angular resolution is expected during New Horizon's flyby of Ultima Thule?
3
STK Astrogator Earth Flyby
4
How is flyby distance estimated?
6
How to design a lunar flyby trajectory in GMAT?