The Viking Lander Terminal Descent Engine (3 per vehicle) was a ~600 lbf monopropellant hydrazine engine with an unusual exhaust system of 18 small nozzles. Multiple sources state that the reason for this design was to prevent exhaust plume erosion of the Martian surface below the lander, to prevent degradation of the science results.

(all annotations mine in these images) 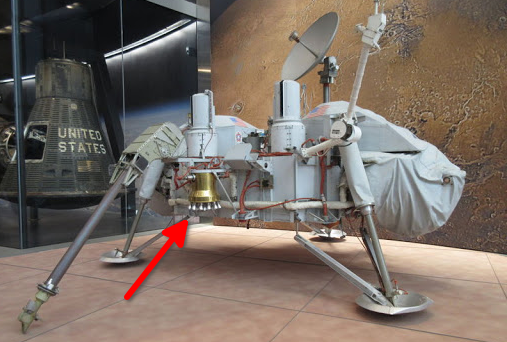 What is the purpose of this metal tube connected to the center of the aft dome of the reactor chamber? 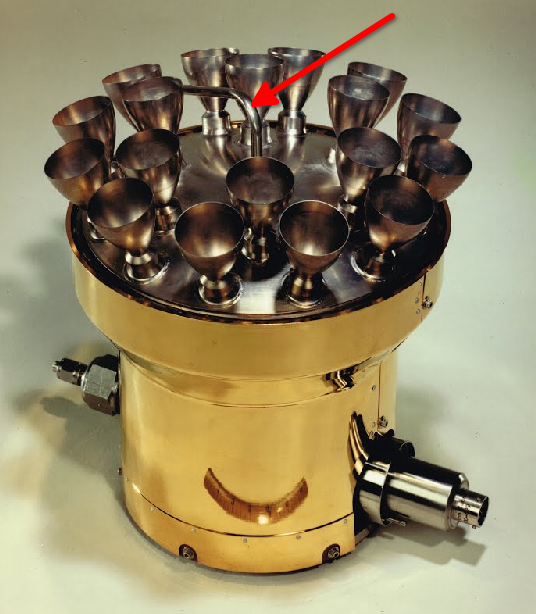 This paper shows a cutaway drawing of the engine, but doesn't label the tube. 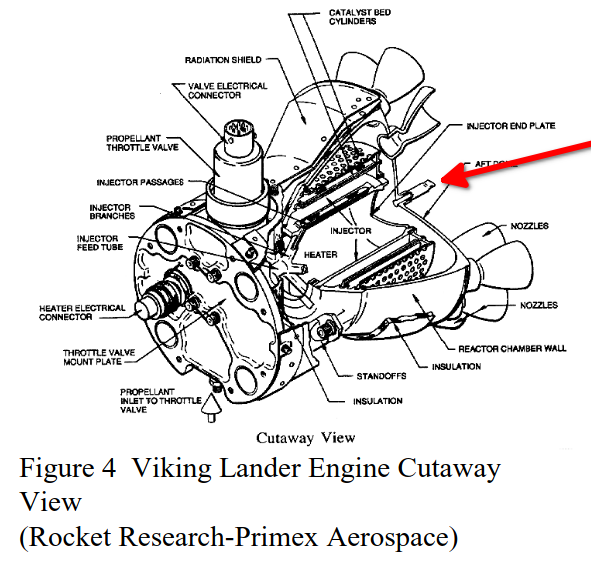 It is a tap to measure Chamber Pressure

You can see similar tubes protruding from other hydrazine engines designed by Rocket Research Corp. Per the source: "A 1/16-inch OD x 0.010-inch wall tube is provided to measure thrust chamber pressure". This reading could've been used as a measure of engine thrust for throttle control feedback loops.

I originally thought it was a tap-off for tank pressurization or turbo-pumps, but this very informative paper revealed Viking used an unregulated helium blow-down system.

I have found some images which show that the tap was stoppered onboard the Viking lander. This explains why there is no mention of its use in the Viking control scheme (as noted by Organic Marble's comment). It was likely used for engine qualification testing and perhaps planned to provide engine health telemetry but ultimately never used on-mission. 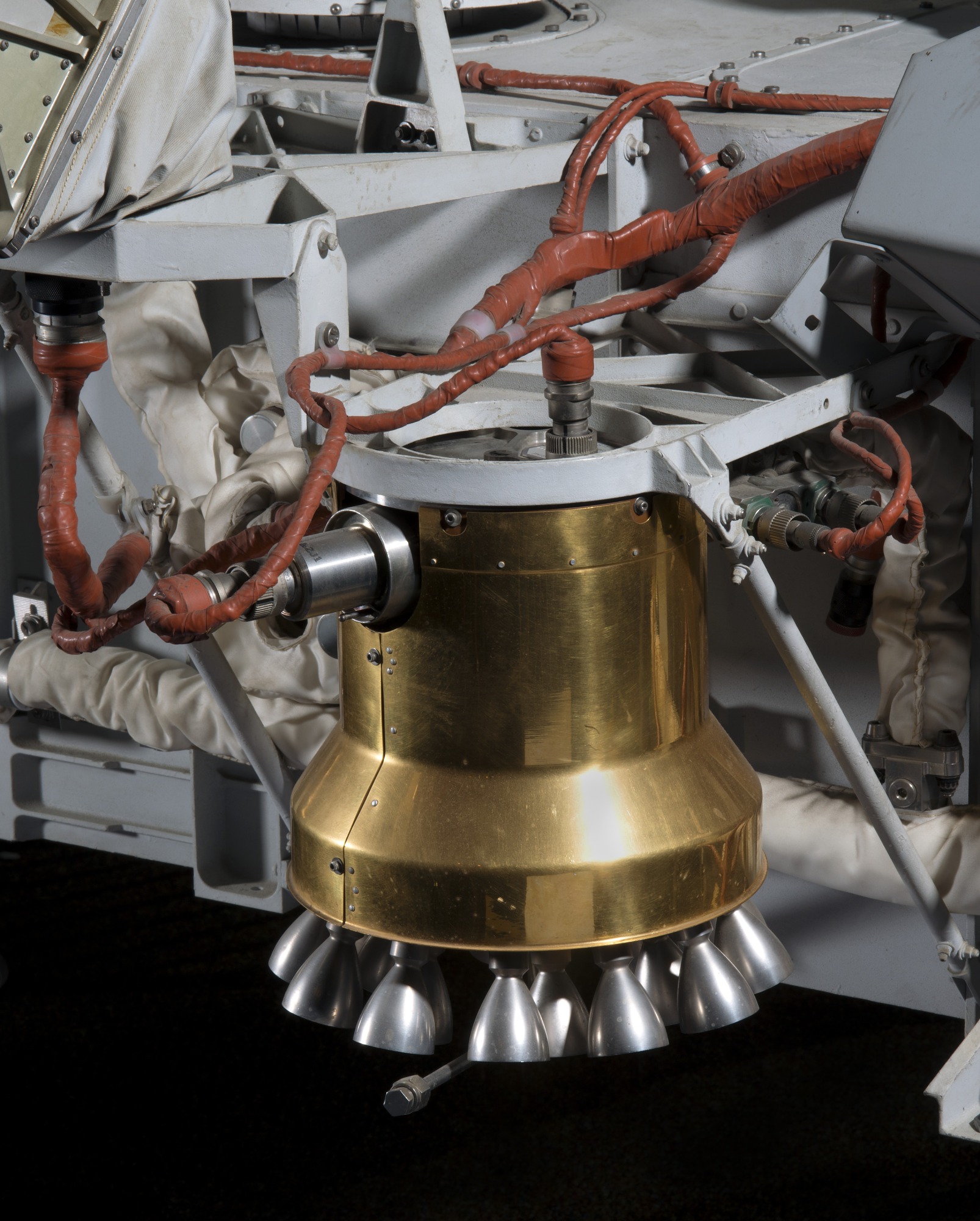 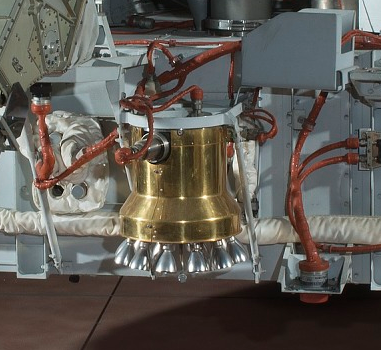 6
What happened to the Viking 2 Orbiter?
1
Which Viking-1 orbiter photo is this? When was it taken and what part of Mars is shown?
4
How to find the moment of inertia of the Viking capsule?
2
At what altitude(s) were the Viking BLDT rockets fired?
2
Why wasn't there a 2nd attempt for the Viking-DS (VDS) test payload before the real Viking 1 and 2 were launched?
6
Viking 1 - Cydonia Face on Mars Photograph Multitudinal Black Dots