How will the recovery of the first crewed Crew Dragon water recover differ from previous recoveries of Crew and Cargo flavors?

I am most interested in your return to Earth which may happen in early August, the date to be determined, and you’re doing sort of an old-school space reentry into a New Age world. You will use parachutes to slow your descent, they can be tricky, a water landing hasn’t happened since 1975, so Bob Behnken how are you getting ready for this?

Of course Dragon capsules have had water landings for quite some time now. From SpaceXFleet.com's Dragon Recovery:

Dragon is a free-flying spacecraft designed to deliver both cargo and people to orbiting destinations. It is the only spacecraft currently flying that is capable of returning significant amounts of cargo to Earth. The Dragon vehicle has two variants, cargo, and crew. Both capsules return to Earth and splashdown in the Atlantic ocean. SpaceX uses a fleet of ships to recover and return the capsules to land for re-use.

Dragon 1 flew from 2010 to 2020, resupplying the International Space Station under a contract with NASA. The crew variant of Dragon 2 first flew during its demonstration mission in March 2019. A cargo variant of Dragon 2 will fly for the first time in October 2020. Dragon is recovered by ships GO Searcher and GO Navigator.

Question: How will the recovery of the first crewed Crew Dragon water recover differ from previous recoveries of Dragon capsules, both Crew and Cargo flavors? Will the logistics be different, i.e. be faster and/or have more ships involved, have more US military and/or Coast Guard participation etc.? 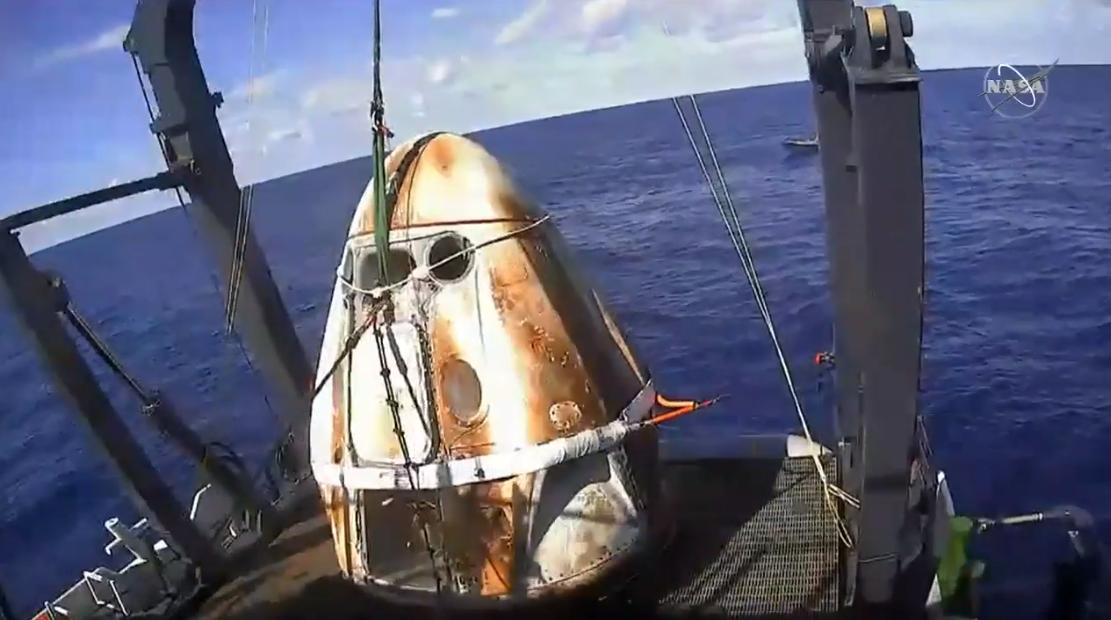 7
Why did the number of recovery ships decrease with time?

6
How do the real costs of recovering a capsule compare, NASA vs commericial?
6
Will Dragon V2 when crewed carry cargo in its trunk?
4
Reuse statistics of SpaceX Dragon capsules?
1
Will SpX-DM1 (Crew Dragon demo mission) carry any useful cargo (supplies)?
17
Why does this boat have a landing pad? (SpaceX's GO Searcher) Any plans for propulsive capsule landings?
16
How long can Crew Dragon stay at ISS?
12
Why couldn't the (original) Dragon land in the Atlantic?
4
Where did the floatation collar and sea anchor attach to the command module?
4
How does the Commercial Crew Program differ from the way NASA's previous crewed systems were developed and operated?