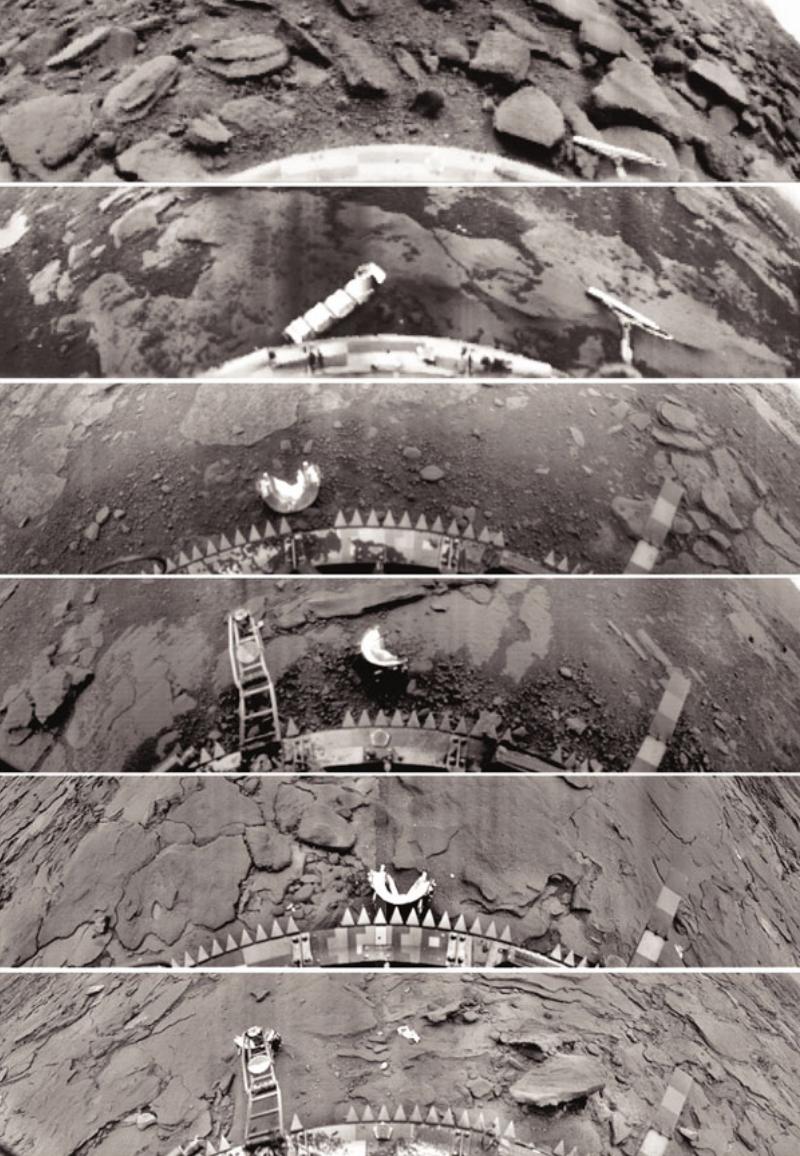 Venera 13 and 14 have some kind of teeth on the edge of the lander. What purpose do these serve? Why didn't Venera 9 and 10 have them?

The teeth served an aerodynamic function.

...metal teeth were added to the periphery of the impact ring in an effort to reduce the spin and oscillation during the descent and prevent the rough landings experienced by the 1978 missions.

Huntress & Marov, Soviet Robots in the Solar System, p. 322 (selections, including this page, are available at Google Books here)

I think the teeth should be used for camera calibration. The very dense atmosphere of Venus outside the camera window of the lander had a magnifing effect like a lens.

This effect is known from scuba diving masks, everything looks closer and bigger because of the water outside is more dense than the air inside the mask.

The exact magnification was unknown before because the optical properties of the venusian atmosphere were not known precisely.

Not the answer you're looking for? Browse other questions tagged probe venus soviet-union venera or ask your own question.

25
Has any technology been demonstrated that allows a useful payload to survive at least one month on Venus' surface?
24
What cooling improvements did the Venera missions make?
18
Why did the Venera missions land so close together?
6
How was the radius of Venus measured so accurately (± 3 km) via radar in the mid 1960's, before Venera 4 and Mariner 5?
9
Are Zond 2 and Venera 4 basically the same spacecraft design? What were the differences?
2
What were Mars 2's conical aerodynamic braking shield and "gunpowder" engines?
14
Parachute material used for the Venera probes to survive 500 °C
5
How did the Venera Probes manage to safely descend to the surface of Venus?
6
Premature detonation of explosive bolts when landing on hot Venus?
6
With and without refilling at LEO, how much more than the landers weight of the Venera 9 mission could a Starship deliver near a pole of Venus?