This excellent answer to How does satellites know it is in apogee or perigee states:

The NASA Tracking and Data Relay Satellite System (TDRSS) adds to this a constellation of satellites in such a high orbit that with just two satellites one can provide tracking data coverage for 85% to 100% of low earth orbits (Larson and Wertz), It is also much more accurate with accuracy of about 50m (3 sigma), and commonly used.

Until I read that I'd assumed that the job of the Tracking and Data Relay Satellite System was to relay a spacecraft's tracking data and other data.

How exactly does TDRSS generate tracking data with only two satellites? (GNSS usually requires four) Is it a one-way delay measurement a bit like GNSS, or two way using coherent transponders like the way deep space spacecraft are tracked using delay-doppler techniques? If one-way, which side transmits? Does it use pseudorandom Gold codes?

This is probably a partial answer because I don't understand it that well myself, but the source document is so incredibly detailed that you can probably build a TDRS yourself from it, so I'm going to post an answer for those who have an interest.

Closed-loop tracking consists of uplink signal generation, forward and return frequency translation via the TDRS, signal processing by the user transponder, and downlink signal processing at WSGT. Two-way tracking involves the same TDRS on both forward and return links. Hybrid tracking involves two TDRS1s, one on the forward link and one on the return link. Hybrid tracking is available to S-band users only. Closed-loop tracking provides two-way or hybrid range and/ or Doppler measurements. A TDRS closed-loop tracking configuration and a simplified diagram of the signal generation and processing are shown in figures 3-1 and 3-2, respectively. 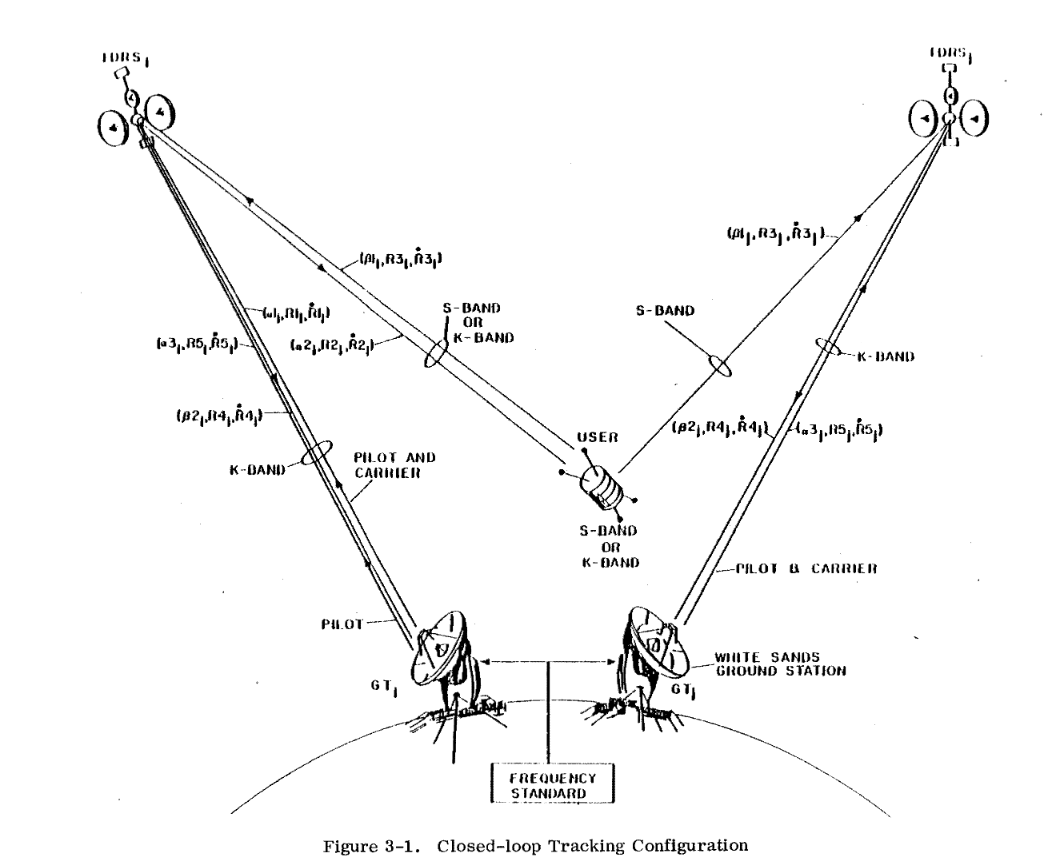 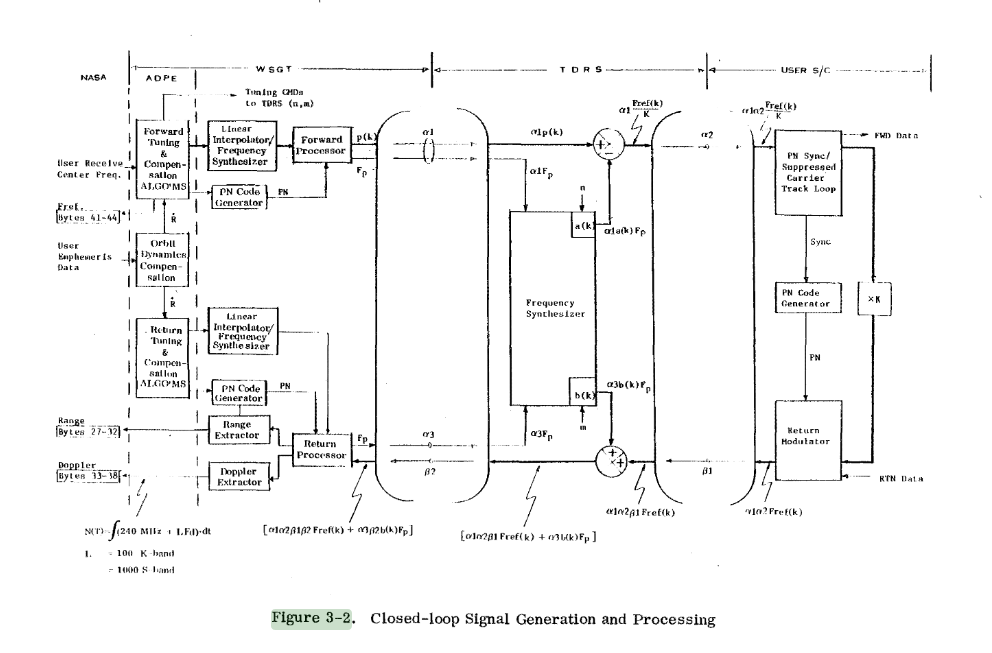 Not the answer you're looking for? Browse other questions tagged tracking delay-doppler tdrss or ask your own question.

6
How does a satellite know it is in apogee or perigee?
6
How is satellite position tracked in practice?

5
How does a three-way doppler shift measurement work?
3
Has TDRS-13 officially graduated from "TDRS school" (entered into service)?
1
How does a third DSN station serves as a “relay” to tie-together observations by two other stations doing VLBI?
4
Difference between collecting satellite data and tracking its position
1
Why does OGO-1's trajectory and imminent reentry come from sky surveys and NEO tracking rather than normal satellite tracking?
2
How did LADEE and LDRC measure it's distance from Lunar orbit to Earth to 1 centimeter accuracy using optical communications?