Can anyone highlight the basis of having 22 NO’s of segment in wing leading edges of space shuttle. 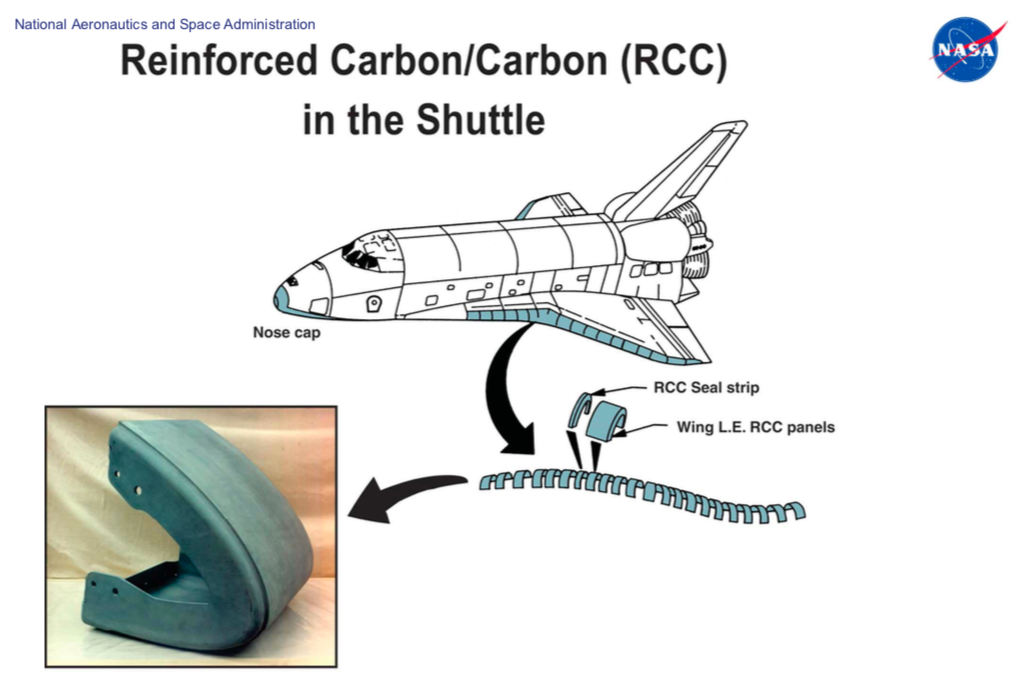 Some of the information here comes from Wikipedia, some of it comes from my engineering intuition which may be wrong.

There are probably at least three reasons for building the leading edge in many sections.

The maximum size of individual RCC components is limited, from a practical sense, by the deflections of the structure and the linear growth that can be accommodated conveniently in the design as the material expands at high temperature. The WLE is made up of 44 RCC panels (22 for each wing) where as the nosecap is one piece. The RCC panels are mechanically attached to the wing with a series of floating joints to reduce loading on the panels caused by wing deflections and differential thermal expansion. The seals between wlng leading edge panels, referred to as "T-seals," are made of RCC. They allow lateral motion for thermal expansion between the RCC and wing structure, and prevent the direct flow of hot boundary-layer gases into the WLE cavity during entry. 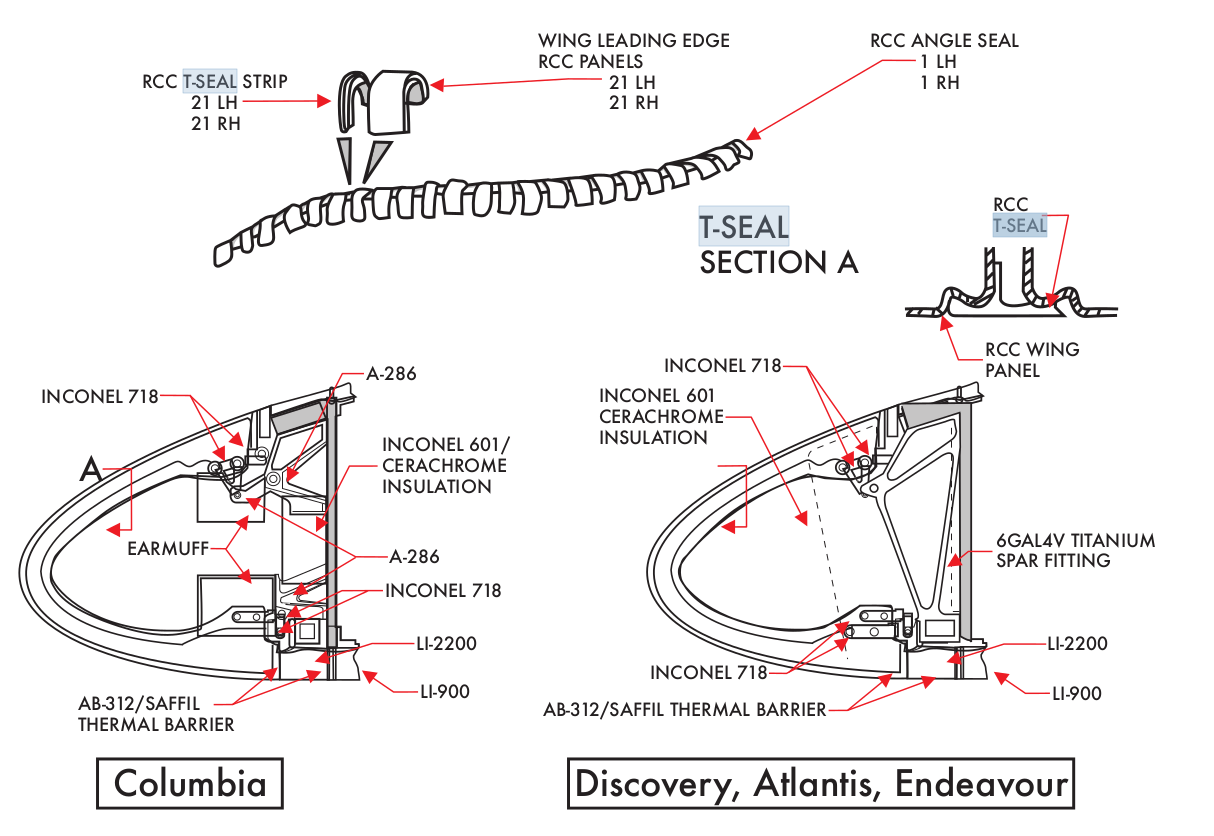 Not the answer you're looking for? Browse other questions tagged space-shuttle reentry aerodynamics heat-shield or ask your own question.

27
What were the differences between the STS Orbiters?

7
What effect (if any) would leaving the cargo bay doors open have had during a shuttle reentry?
10
Challenging the Kármán line from above
19
Why are the bottom of most stages flat?
16
Why will the BFS reenter broadside rather than engine first?
10
Source for Shuttle SRB segment history diagrams
4
Why did Columbia disintegrate lower into the atmosphere, not during its peak heat phase?
2
Can the Space Shuttle land on Mars assuming there is a paved surface for landing?
4
Merging Shuttle and External Tank to reduce reentry heating