Do meteor showers from 209P/LINEAR cometary debris pose a threat to the ISS and other Earth-orbiting satellites?

This is a somewhat similar question to What risk management options are available for Mars orbiters and rovers to mitigate threat of impacting with Siding Spring cometary debris?, only this time much closer both in time as well as distance, and potentially affecting safety of many more satellites and more importantly, one manned space station - the ISS with its current Expedition 39/40 crew of three. 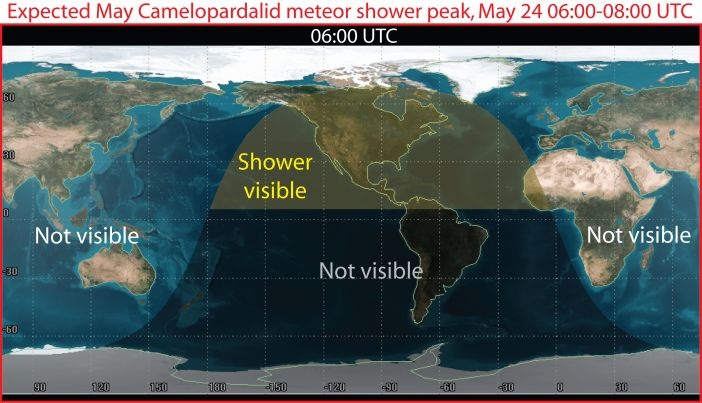 As you probably know, on the night of 23rd to 24th of May 2014 (06:00 - 08:00 a.m. UTC on May 24 2014), the Earth will be in the path of the predicted cometary debris from comet 209P/LINEAR, called Camelopardalids because they'll radiate from the direction of the Camelopardalis constellation (camel + leopard = a giraffe, or at least that's what ancient Greeks used to believe). Actually, that time is it predicted peak, we don't really know what exactly to expect, how wide the debris field is, how large some of its chunks, how numerous, and some have previously speculated it might be a proper meteor storm, not shower. So potentially something fascinating to see on your northern hemisphere night skies. 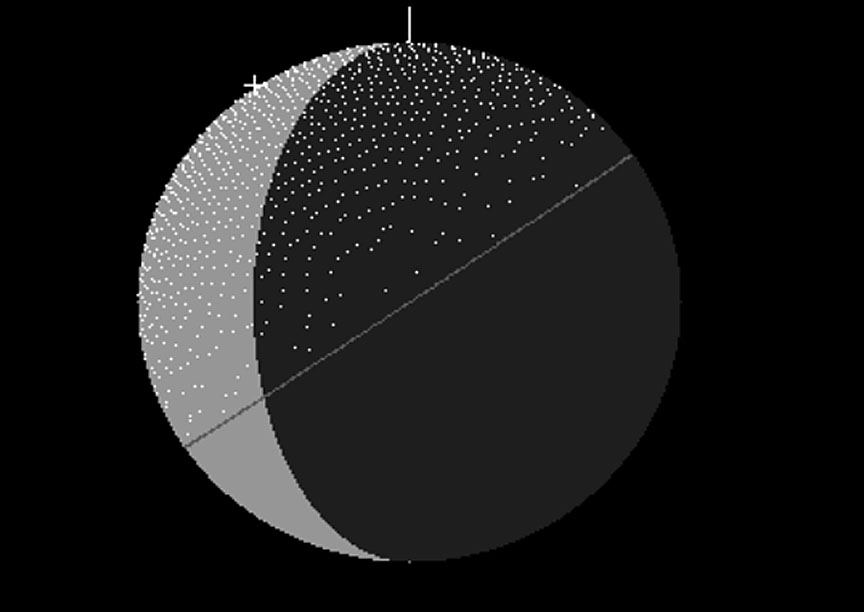 The speckled area shows where on the Moon impacts from meteoroids from the new Camelopardalid meteor shower could occur.
(Source: UniverseToday.com: Potential Weekend Meteor Shower Will Pelt the Moon Too!, Credit: Bill Cooke)

But my question isn't about aesthetics, how visually pleasing it might be for us on the Earth's surface and protected by the complete thickness of its atmosphere. It is about safety of astronauts and cosmonauts aboard the International Space Station (ISS) and all the hardware in Earth's or even Moon's orbit, not being offered any protection from our atmospheric blanket.

More specifically, what procedures will be followed onboard the ISS during the meteor shower peak as their orbit puts them in the path of this debris field? How are NASA and Roscosmos (ESA and JAXA won't have any astronaut onboard ISS during that time) preparing to mitigate this threat, how significant do they assess it might be, i.e. what risk management options do they have in place? Will the ISS crew weather the storm in Soyuz spacecrafts ready to abandon the ship? Will the ISS rotate its solar panel arrays to reduce exposed surface area? Or is the threat not considered significant enough and they'll go about their business as per usual?

Additionally, which Earth orbits might be at risk the most, and have any satellite operators already announced activation of any risk management procedures, like perhaps folding or rotating their solar panels and antennae to reduce the surface area potentially exposed to increased risk of collision? The question is about this specific 2014 May Camelopardalids meteor shower event.

Not (yet) exactly an answer I was hoping for, since I'm the most interested in procedures onboard the ISS, but since I wasn't able to find any info on that and the questions seems to be unreasonable to some, here's an update from the NASA's Chandra X-ray observatory (select and to the question most relevant quotes for brevity) somewhat demonstrating that NASA is taking this meteor shower as a potential threat to their missions in orbits around the Earth:

Even though much of the debris in meteor showers is very tiny, it can pose serious potential risks for spacecraft like Chandra. There are two main concerns: the first is that particles moving at very high speeds will generate electric fields [ed. triboelectric charge] that could disrupt the electronics aboard the spacecraft. The second big worry is that a particle would impact Chandra, causing damage to a key instrument or other important piece of the telescope.

Several hours before the meteor shower is expected to begin, the team will make sure that the spacecraft is pointed in the opposite direction of where the meteors are coming from (that is known as the "radiant" of the meteor shower.) They will also feather, or turn, Chandra's solar arrays in a direction to minimize the amount of their surface area that will be exposed to the oncoming meteors. 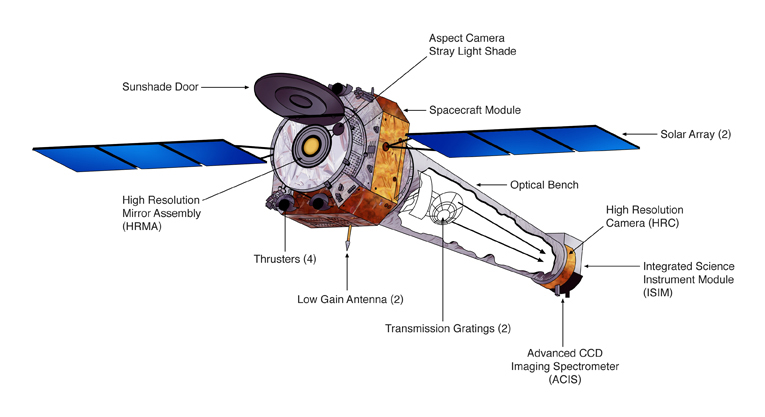 While the team at the OCC has handled many meteor showers in Chandra's nearly 15 years of operations, the Camelopardalids are different because there is relatively little known about the stream of material that Earth (and Chandra) will pass through. Because of this uncertainty, the Mission Planning Team is taking extra precautions.

Quotes, image source and more detailed info in the article. They don't seem to be taking this event much differently than any other meteor shower events, with a bit of extra caution and simple to implement procedures, but the threat mitigation procedures don't synchronize with the space observatory's own entry into the Earth’s radiation belts where it would experience down time to protect itself from damaging radiation within the Van Allen radiation belts, so the combination of pointing it away from the meteor shower radiant, rotating its solar panels to reduce area surface exposed to potential impacting debris and its own scheduled down time will result in a much longer calibration observation (self-inspecting time when the observatory doesn't conduct its normal observations) than usual.

But, apparently, at least some Earth-orbited hardware will follow risk management procedures (interestingly, the Wikipedia article on risk management uses ISS as an example) to help reduce risk of impacting with 209P/LINEAR cometary debris and prevent damage to its hardware, in particular:

So while this does partially answer my question, it's merely regarding a single craft in Earth's orbit (64.2 hours, 133,000 x 16,000 km), so I'm still hoping to find more answers. In particular, regarding risk management procedures onboard the ISS that will be activated during the 209P/LINEAR meteor shower peak. I'll keep an eye out for further updates from NASA and Roscosmos officials on this matter myself, too.

12
What risk management options are available for Mars orbiters and rovers to mitigate threat of impacting with Siding Spring cometary debris?

21
Any possible setbacks in deorbiting larger space junk and let it burn up upon reentry into atmosphere?
12
What risk management options are available for Mars orbiters and rovers to mitigate threat of impacting with Siding Spring cometary debris?
10
What happens if an astronaut is hit by a tiny micrometeorite?
14
How risky is launching a rocket during a geomagnetic and solar radiation storm?
15
How does the launch risk for a plutonium RTG and a uranium fission reactor compare?
4
Why are space probes and satellites not destroyed by meteor showers such as the Perseid?
32
Why would a box full of 1cm balls released into LEO be so scary to an engineer supporting the ISS?