Will surface samples from Mars orbit the planet in a spherical capsule until captured?

The abstract of the interesting 2001 NASA JPL paper Covering a Sphere with Retroreflectors says:

Abstract- One of the future missions for Mars involves returning a soil sample from the Martian surface to Earth. The sample will be deposited in a spherical canister, shot into Mars orbit and then subsequently captured by a spacecraft for the return journey. This paper discusses how retroreflectors can be placed on the orbiting sample canister with the objective of maximizing returned light from a scanning laser system. The retroreflectors are vital for acquisition of the sample canister during the terminal rendezvous phase (< 5 km) of the capture.

Twenty years have passed so the mission design has likely evolved, so I'd like to ask:

There are some problems with the optics calculations, no ranging laser is going to have a coherence length of 5 kilometers, so the interference effects between retroreflectors will not cause the nulls and minima they suggest. Yes, as discussed in What is the longest coherence length stimulated-emission beam demonstrated? there are reports of multi-kilometer coherence lengths in fiber lasers, but you have to work extremely hard to make this happen.

This answer to What kind of rocket will ESA(?) launch from Mars? Who will build it? is well-sourced and contains some nice graphics, but there are no details I can see of the sample-containing object that will be captured then flown back to Earth. 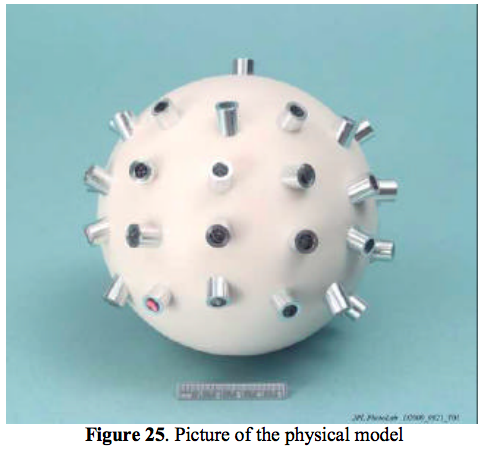 Clearly "it's only a model" (longer version)

The NASA-credited images below are from the BBC News article Europe pushes ahead with 'dune buggy' Mars rover and come from the question linked above.

What precautions are planned to prevent samples returned from Mars crashing and releasing organisms on Earth? is a separate but related question. 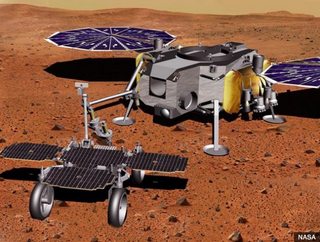 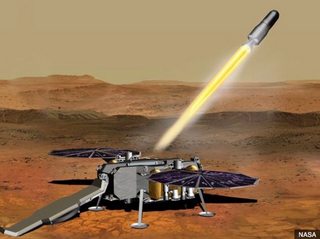 left: The Fetch rover will bring the tubes it's collected back to its landing station right: The tubes will be put in a rocket and fired high above Mars

Many sources. (eg this one) mention the samples orbiting Mars in a "basketball-sized" container until collected by the Earth Return Orbiter. I haven't seen any authoritative ones saying it's also shaped like a basketball.

4
Why would bringing samples from Mars back to Earth be a "civilization-level changing capability"?
7
What kind of rocket will ESA(?) launch from Mars? Who will build it?
3
Mars Sample Return Earth Return Orbiter -- which propulsion system for what?
6
What precautions are planned to prevent samples returned from Mars crashing and releasing organisms on Earth?

10
How will the NASA 2020 Mars rover's instrumentation differ from Curiosity?
12
Why should the Mars 2020 rover drop drilled cores along its route to be picked up later?
4
Why would bringing samples from Mars back to Earth be a "civilization-level changing capability"?
4
Most likely future sample return missions?
7
What kind of rocket will ESA(?) launch from Mars? Who will build it?
2
Mars 2020: What are the advantages of doing two missions to return samples?
1
Is Perseverance going to keep carrying those samples around or cache them? I don't really understand the plan