Digging a little bit in history of russian space technology, I stumbled over some inconsistencies regarding the TORU system.

TORU (rus. Телеоператорный Режим Управления - Teleoperated Mode of (spacecraft) Control) system is a manual docking system of Russian Soyuz and Progress spacecraft that serves as a backup to the automatic Kurs system. 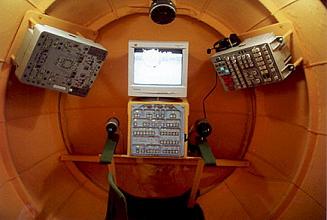 There are ciltes like hightechscience, listing ISS, Mir and Salyut as space stations which used or using the system.

The first time the system was used / tested is consistently documented with the mission of Progress M-15 to Mir.

So was TORU already on board of Salyut stations but never used or even tested? I really can't imagine adding systems to a space station which are never used or tested. Are the cites wrong or what could be the reason of this inconsistency?

An answer of two parts, part one:

From what I have seen, http://www.hightechscience.org/toru.htm is the only site to include Salyut in the list of stations with TORU installed on it.

And I do believe it is erroneous.

I read a really long time ago, and unfortunately cannot remember where I read it, but it pretty much covered the same as the comment posted and as already mentioned in your question, namely that it was first introduced on Mir.

The paragraph I recall reading, which someone else might be able to relocate, went along the lines of the Russians had been looking at a way to replace Kurs. As they felt it was quite expensive, especially as they had had to introduce a second unit on Soyuz and Progress as a back up to the first. TORU was the touted replacement and the Russians sent it up to get installed on Mir, and to test it with docking Progress. If successful they could dump Kurs and build cheaper versions of these craft with no automated docking.

They tested it with a Progress that ultimately was found to have unsecured cargo inside which meant unpredictable behaviour when movement commands were sent to it, leading to the collision. The rest is history.

As the other comment says, I have never seen a mention of TORU on anything earlier than Mir and therefore can not have been installed on Salyut.

This then is the 2nd part to my answer:

http://www.svengrahn.pp.se/radioind/mirradio/mirradio.htm contains a list of radios and radio frequencies and what they were used for on Soviet/Russian space craft and space stations.

As you can see, the TORU frequencies are pretty consistent and I think its clear that TORU was never installed on Salyut's and the webpage cited earlier is incorrect.

121.75 MHz is the main FM voice downlink (same for all prior Soyuz models)

Note the introduction of the 130.167 MH uplink. This matches with this being the first Soyuz model with the new Kurs system (compatible with the later TORU) that replaced the Igla auto docking system.

121.75 MHz can be used as a receive frequency also including receiving TORU signals from Progress

130.167 MHz TORU transmit to Progress and to Orlan space suit.

130.167 An FM voice link used during EVA(3.5 W) and in the VHF 2 mode. Also used to transmit TORU commands to Progress and to Orlan space suit..

Excellent page that I am surprised has survived this long: http://www.users.wineasy.se/svengrahn/index.htm 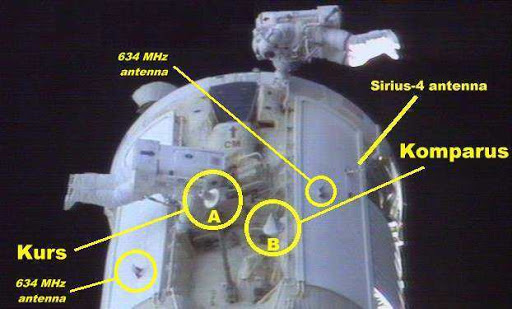 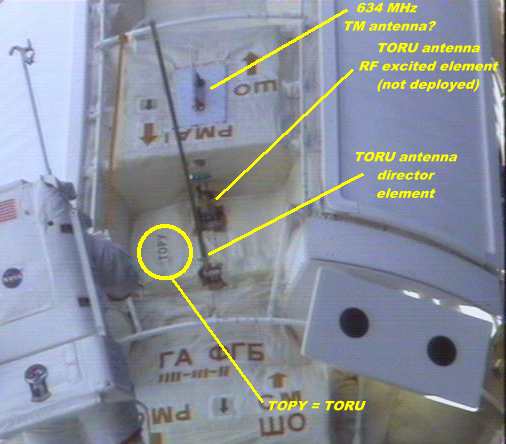 Not the answer you're looking for? Browse other questions tagged iss mir progress salyut or ask your own question.

8
On Mir, did they ever move a Soyuz at the front end, to a side docking port using Lyappa?
13
When a new module is added to the ISS, do they still do the "Shake" test?
15
What lessons in Space Station design have come out of the ISS?
18
Why are Soyuz rockets painted with different colors?
14
What was being manufactured on Salyut and Mir?
4
Was the Salyut 3 (OPS-/Almaz-2) the only spacecraft to feature a space-to-space gun?
8
How was APAS-89 chosen for Buran and Kristall?
14
When did astronauts/cosmonauts start cleaning and vacuuming space stations?
1
Was the Progress spacecraft named after the research facility, or vice versa?
5
Did Valentin Lebedev or any another Salut cosmonaut actually get suntanned for fun and/or for science?