Are spacecraft put into Earth orbit frequently equipped with small thrusters to separate their orbits from their co-orbiting rocket bodies?

I’ve recently followed @TSKelso as a fun way to keep up with the surprising volume of rocket launches these days, and the new http://celestrak.com viewer shown here is great for showing friends the volume of objects we now have in Earth orbit.

There’s a lot going on in Earth orbit of late. You can see this by clicking the globe next to the Last 30 Day’s Launches at the top of the page at https://celestrak.com/NORAD/elements/. Green orbits are the satellites and red are the rocket bodies that put them in orbit.

These are probably second stage (as opposed to third) rocket bodies and in three cases in this particular image their orbits are only slightly (seen from this distance) offset from their payload satellite's orbit.

But it's not really "slightly" it's more like hundreds of kilometers. Since these were recent launches when the image was generated, there hasn't been much time for them to drift apart just from the small meter-per-second delta-v that a mechanical spring would provide during a payload deploy.

Question: Are spacecraft put into Earth orbit frequently equipped with small thrusters to separate their orbits from their co-orbiting rocket bodies? Or is it more common to use a small booster or kick-stage to do this maneuver? 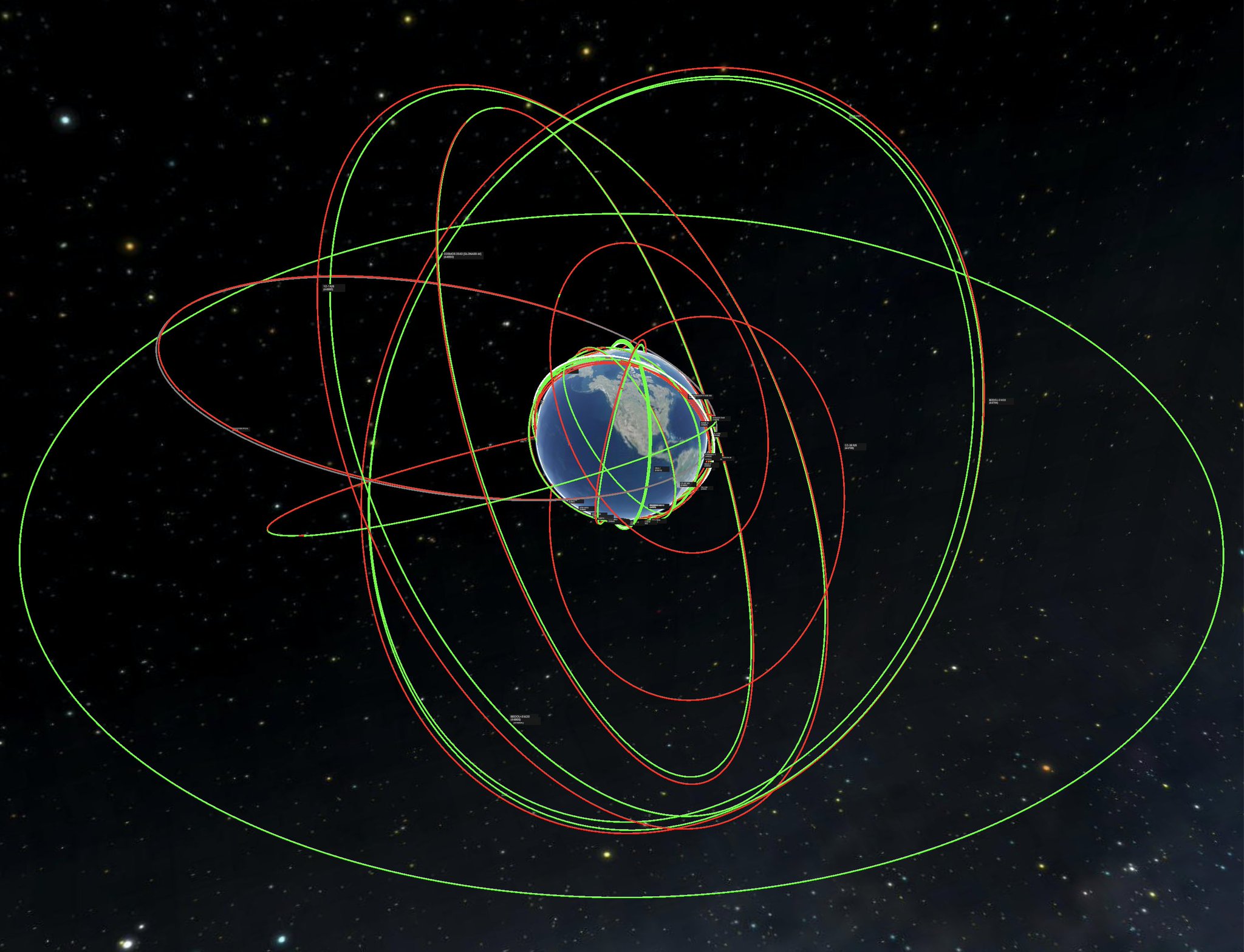 32
What is the total mass sent into orbit over all history?
20
What are the end-of-life options for large classified satellites?
5
Will the Rocket Lab's Electron rocket really be an effective launch system?
10
How could we make a fair comparison between space rockets regarding their payload mass in low Earth orbit and Earth escaping?
1
Could a sounding rocket or a space gun payload at apogee be put into orbit with a rocket impulse from there?
6
How rare is it in the 21st century to use five stages to get to LEO, especially for a low-mass payload?
7
How is a satellite constellation launched?
6
History of multiple-payload launches?
0
Why are ICESAT-2 and CRYOSAT 2 both at inclinations of almost exactly 92 degrees?