When I'm rich, and my reusable orbital launch program is well under way, I will be performing many orbital test-launches and paid satellite deployments. Once I've knocked out the bugs and optimized my processes, I will build the confidence to start manned launches and be able to take over the galaxy etc etc.

I believe I will be sending up lots of dummy payloads, and I suspect that most launches will have spare capacity, particularly while my clients reposition themselves into a world where launch capacity is more plentiful. And my choice of dummy or filler payload will be .... big blocks of plastic-film coated water ice!

I am imagining a collection of 1m^3 cubes, or of the order of one-ton units, coated with reflective plastic sheet to prevent sublimation, deployed to a reasonably accessible orbit, high enough to be stable. And I'll develop a small ion-thruster tug-boat that can efficiently fetch and haul them to a location chosen by the highest bidder - the ISS, or anywhere my tugs will reach. They don't have to be cubes; they can be whatever shape fits.

Any plan involving significant number of people in space will need water, and although one day we may mine it directly from planets and comets, for the foreseeable future the water in space will be hauled up from Earth. And that space hotel is gonna want a low-g swimming pool!

I'm figuring the marginal cost of additional payload to orbit is the lowest launch cost there is, especially when the alternative during tests is to send a block of concrete or play a car stunt, and otherwise is to reduce fuel and cut the costs and stresses. Therefore, I'm going to pack each flight, test or otherwise, with as much water as I can lift. And maybe other non-perishable stuff: steel pipes and aluminium plate and tanks of O2 and ... stuff.

So, is this concept viable? Or are there hidden costs and difficulties? Perhaps the marginal and operational costs now are large compared to the lower future costs which must exist for larger-scale human space presence. Or maybe everyone's been doing it already for so long that nobody even talks about it - that would explain why my Google searches came back empty...

Trying to make use of excess launch capacity with low-risk payloads is definitely a good idea. Finding customers who need that capacity, and getting the payload to where they need it, however, is a problem.

Getting the payload to where they need it

When something is launched into orbit and the thrusters stop firing, it follows an orbit trajectory that is pretty much fixed by its orbital elements. 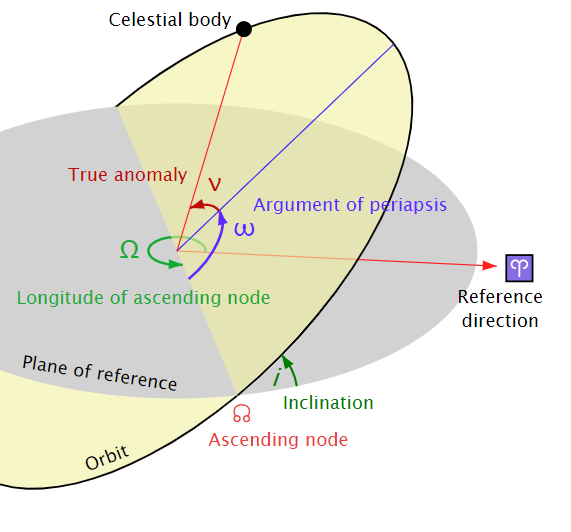 Changing any of these orbital elements besides requires a change in velocity, either through mechanical actions (small) or thruster firings (small-to-large). The orbital elements that require the most delta-velocity to change are what define the orbital plane: inclination and longitude of ascending node (inclination with respect to longitude, not latitude). Changing your orbital plane requires you to basically remove your orbital velocity in one direction and add it back in another. Other orbit modifications can be done with relatively small variations to your current velocity, or a series of maneuvers and some waiting time.

If you plan to sell heavy items that are already in orbit, you will need to know the orbital plane and, to a lesser extent, the other orbital elements of your future customers' spacecraft. With this information, you can launch your payloads into an orbit that doesn't require copious amounts of fuel to reach your future customer.

There is a reason there haven't really been any commercial superheavy rockets until the SpaceX Starship (source 1, source 2): only extremely valuable government payloads have needed that kind of mass in a single launch, and lesser payloads can't be combined often due to needing different orbital planes.

Not the answer you're looking for? Browse other questions tagged design-alternative water supply or ask your own question.

6
Where are all those blocks of steel and concrete now?

4
Can you store exposed ice in the Earth's orbit?
10
Is the water ice in craters near the moon's poles likely to be accompanied by other volatiles?
14
What about gathering water ice from Saturn's rings?
3
Have there been any determinations of the water pressure in Europa's ocean just below the ice?
7
What forms of water ice have been observed and verified in the solar system?
4
Is unpurified martian ice/water safe for irrigation?
4
Could a ball of water stay in orbit?
5
What kinds of instruments do you need to detect whether liquid water/ice is on a planet?
7
Earth Launch System with Water Propellant