Is there an equivalent of the Dragon 'claw' and Apollo umbilical fairing between the Soyuz crew and service modules?

The Apollo service module provided power etc. to the command module through umbilical connections covered by a fairing. When the two modules were separated, a 'guillotine' cut through the cables and the fairing opened. It can be seen at the top of this Apollo 13 image from Wikipedia: 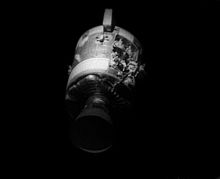 The Dragon 1 and 2 (uncrewed and crewed respectively) have a similar device called the 'claw', between the trunk and the crew module (visible in the centre of this Wikipedia image): 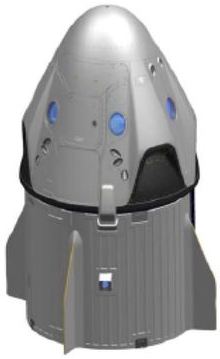 During the recent re-entry of demo flight 2, the claw was mentioned as part of the trunk separation procedure.

I believe the purpose of these devices is to avoid routing cables through the heatshield. I've never noticed a similar connection between the corresponding Soyuz modules, is there such a thing or are services supplied in another way?

There is an "intermodule umbilical" that is "shed" at module separation.

In preparation for the split of the modules, external cable lines connecting the three main sections of the spacecraft and the six petals of the thermal protection layers on the Descent Module, SA, are shed. The Habitation Module is then depressurized, while the crew members in the Descent Module close the visors on their helmets.

Image of the umbilical: 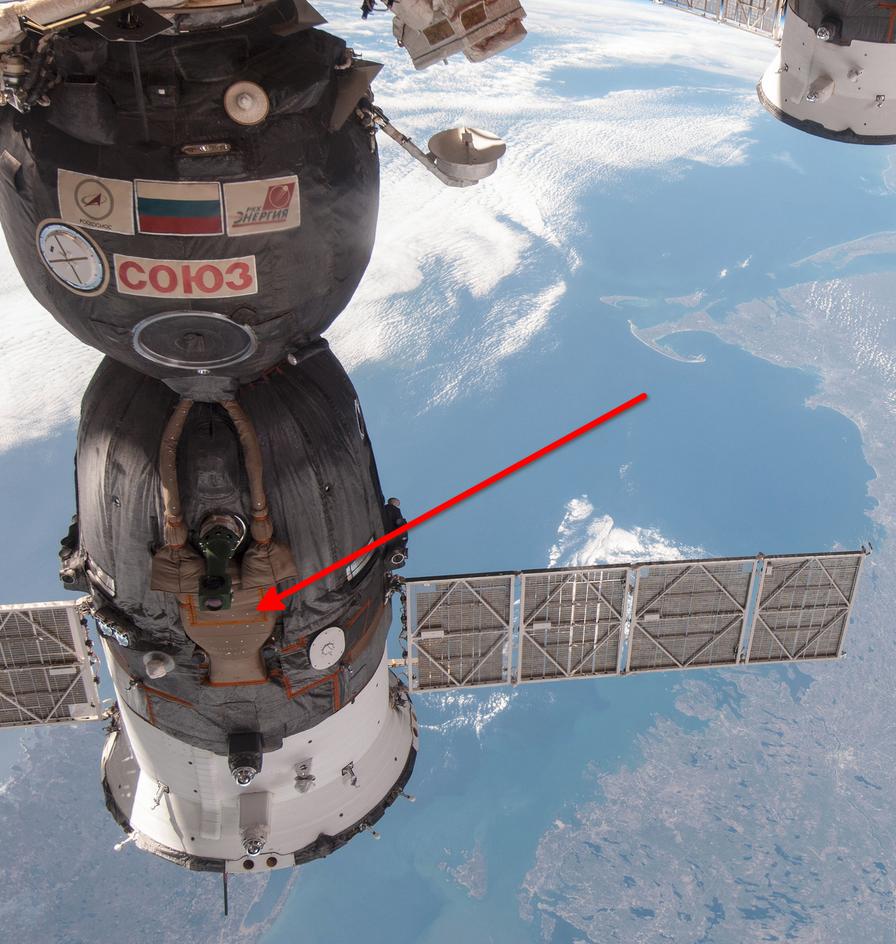 Image source: NASA, cropped and annotated by me

There's a schematic showing that the indicated feature is the umbilical here. I did not embed the image because of the copyright notation on it.

This schematic from the Soyuz Crew Operations Manual shows that the umbilical connections do not pass through the lower heatshield. 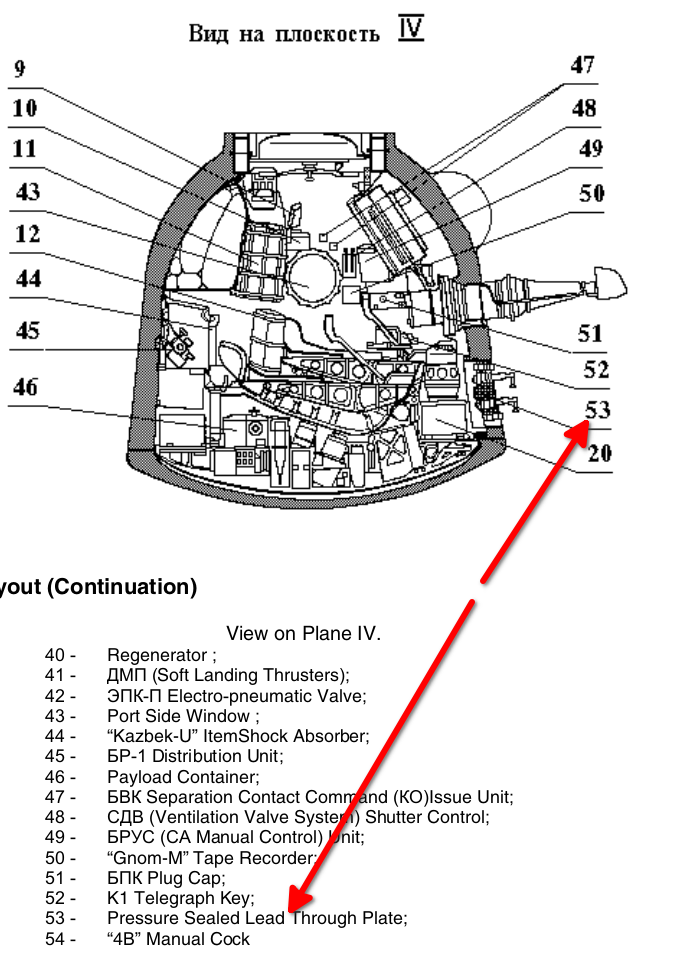 This still from a ESA video linked at this answer shows the split umbilical at module separation. 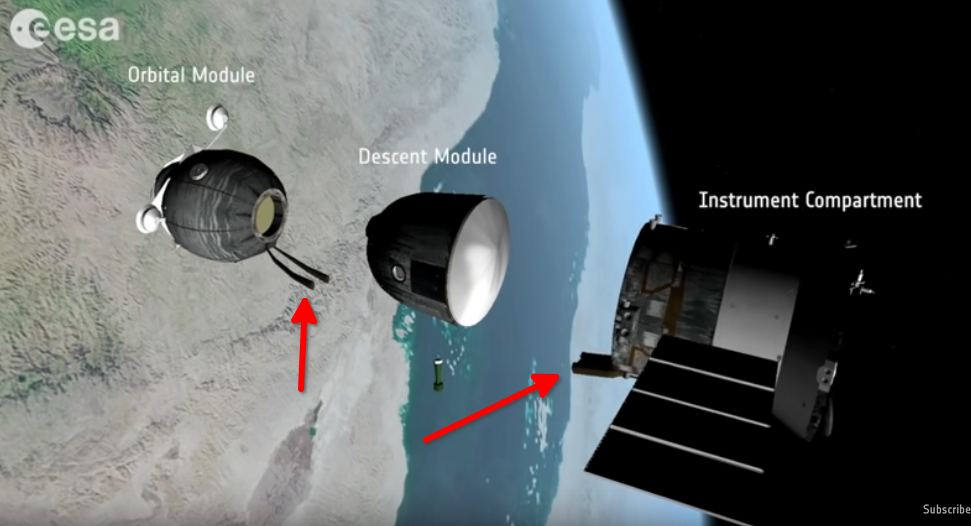 This image from wikipedia, cropped and annotated by me, shows the umbilical panel after landing. 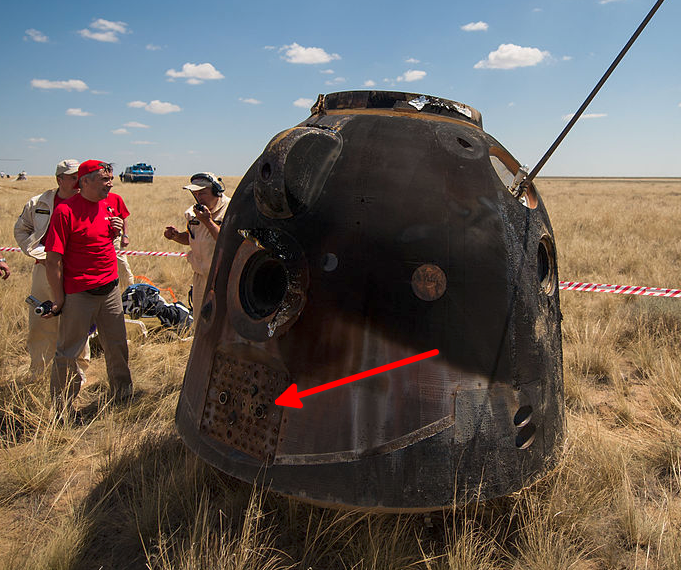 14
How is the periscope port on Soyuz spacecraft secured for the atmospheric reentry?

5
Could the Soyuz/Progress supply and crew a space station in Lunar orbit?
9
What is the orbit and expected lifetime of Crew Dragon trunk?