How could SpaceX’s crew Dragon land with abort thrusters in case of emergencies?

Reading this question and this article linked in one answer, in case of two or three main parachute failure, how could super-dracos be able to slow down vertical velocity short before touchdown, since main chutes are attached to the side of the capsule, which means Dragon does not descend along its vertical axis, but with some large angle relative to its body of revolution axis? 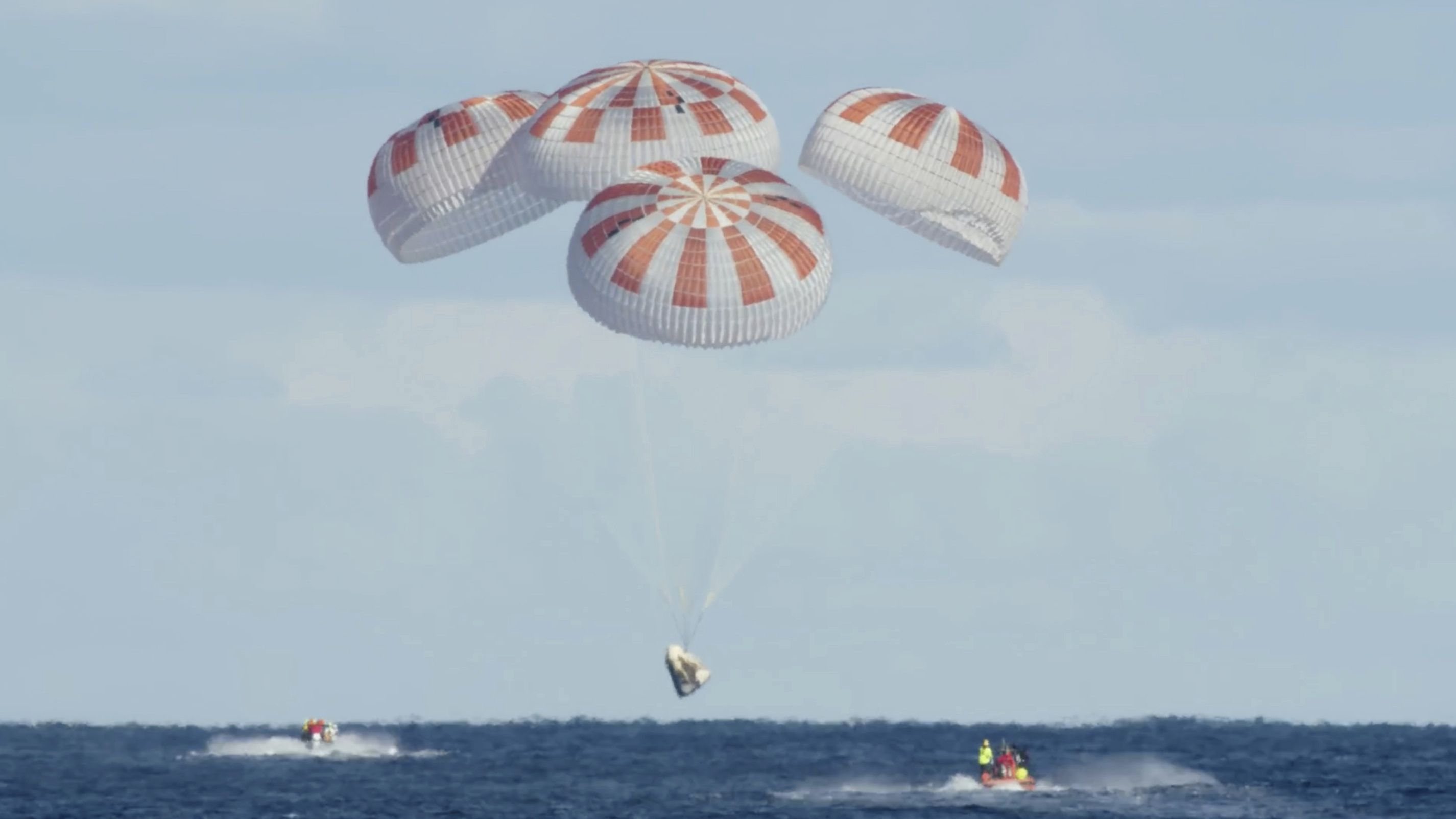 PearsonArtPhoto answers why it isn't done - generally NASA's very conservative approach to spacecraft safety, and hurdles it would set to get it implemented.

But assuming a miraculous change in NASA management and organizational culture, it would be fairly simple.

The engines have enough thrust to provide 4g of acceleration and are angled outwards and located around the outer edge of the capsule: 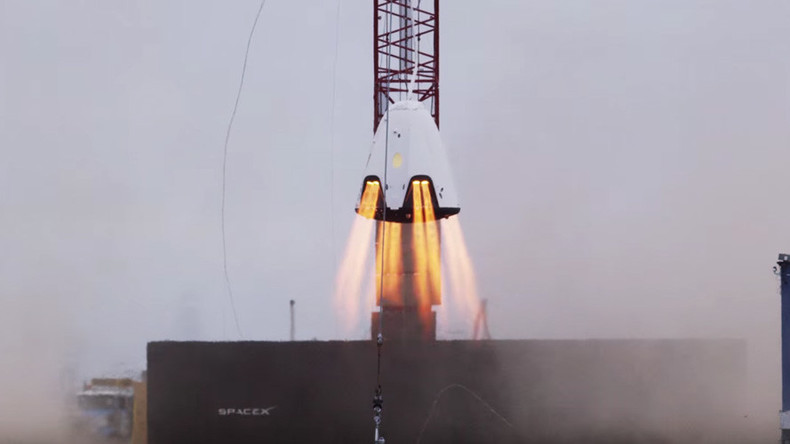 So firing a single pair, seriously throttled, on the opposite side from the parachute would provide enough torque (against the parachute line) to right the capsule, then all the engines could fire maintaining different amount of thrust, to keep it level before splashdown. Another alternative is to just cut the parachute rope, use Draco maneuvering thrusters to stabilize the capsule and perform a regular powered landing on superdracos.

Unfortunately NASA is the one with the money, so they make the rules, and Crew Dragon likely won't see the option of powered landing in any foreseeable future.

There is no plan to do this, nor has there ever been an extensively studied plan. In theory it could be done, but NASA would want to certify it, and it is just better to spend more effort to make sure the primary mode works every time.

5
Could Crew Dragon Make an Emergency Landing on Land?

37
Why don't 3-parachute descent systems collide and collapse?
8
On which flights could SpaceX test Crew Dragon powered landing with complete flight profile?
2
How many Draco engines does Dragon 2/Crew Dragon possess?
22
Why can't you just parachute down right from orbit?
4
Why would a space shuttle have flown a normal first-stage and early-second-stage ascent trajectory during an RTLS abort?
6
What were the space shuttle’s emergency procedures for an SRB or ET separation failure?
7
Does the Crew Dragon still have the launch abort fuel on board at landing?
3
Could the Crew Dragon be used to re-boost the ISS?