What does the connector supports on the payload adapter do?

Good day, I am currently doing a project for university in which I have to redesign the connector support for the Payload Adapter (PLA 1194 VG) for the Vega(picture shown). 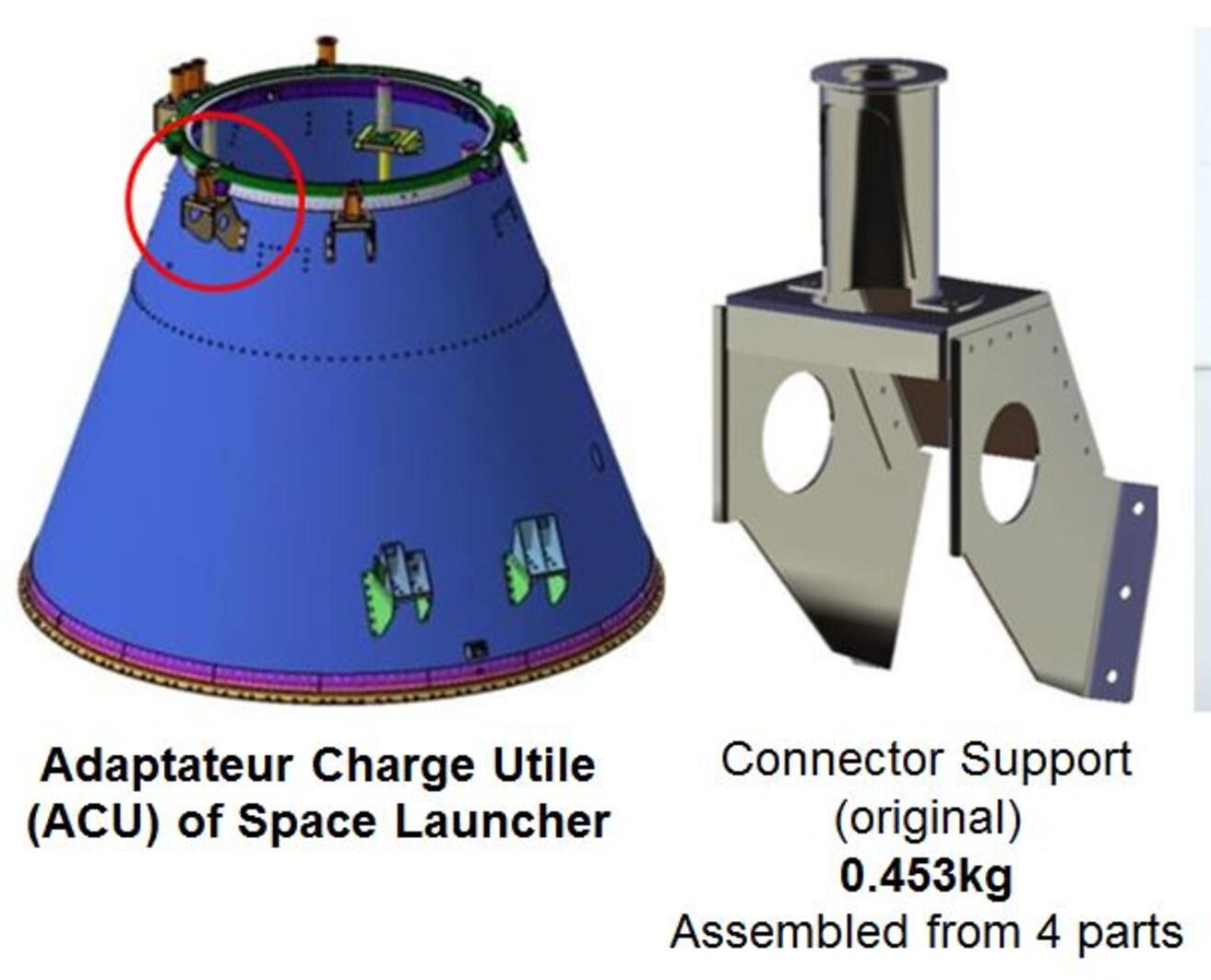 I would like some insights into what is the purpose of the part and what are the main loads that act on it during launch? I am unable to find any document online regarding this specific component. I would greatly appreciate any help with this.

The "connector support" supports a connector.

Here's one in use on VV04, supporting a connector for the IXV. 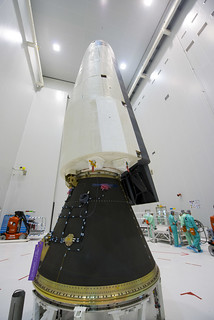 It's on the left hand side, and you should be able to make out the bundle of cables running up through it.

The connector itself shouldn't be supporting the payload, however there is a spring, constantly under tension, to hold the connectors together.

There are some details in the Vega user guide, although irritatingly, it doesn't seem to specify the "maximum force of the connector spring" despite referencing it when it stipulates

Not the answer you're looking for? Browse other questions tagged engineering payload analysis vega or ask your own question.

11
What is simulated payload and why are they used?
7
What is a “payload adapter”?
27
What's the largest single object payload ever lifted into space?
19
What payload was expected for the 2018 Mars Dragon flight (“Red Dragon”)
6
How does horizontal payload mounting influence satellite design
9
What is Falcon heavy's payload capacity to Trans-Lunar Injection
4
How to identify loads for a Payload Adapter System during Rocket Launch?
3
Why was the Energia’s payload capacity to lunar orbit greater than its payload capacity to geosynchronous orbit?
6
What are the bumps on the Vega rocket
3
What is the correct rough estimation for the payload to kick-off a sustainable Mars colony?