How are Kounotori modules unbolted? Who or what does the unbolting?

Following CBM vestibule depressurization, 16 bolts that held the Kounotori 9 spacecraft to the Station were removed in four stages of four bolts. This officially marked the detachment of the vehicle from the ISS.

How was this unbolting accomplished? Where did the bolts go? Who or what did the unbolting? Were they explosive bolts or did someone use a wrench on them or were they motorized or something else?

If done via explosive bolts or motors, is it done under computer control, or does someone push a button or issue four separate commands for the four stages of unbolting, or is it just a "go" command and the four stages are implemented by an automated sequencer?

The bolts are part of the Common Berthing Mechanism (CBM).

The Common Berthing Mechanism (CBM) is a complex collection of latches, bolts, Ready to Latch (RTL) indicators ... and computers to control this equipment. This system can be operated by either the ground or the crew; extravehicular activities (EVAs) (i.e., spacewalks) are not required to use this mechanism, unlike some of the truss attachment systems. Once a new module is close enough to the ISS (RTL), four latches on the ISS side (usually a Node module) are used to reach out and “grab” the incoming module and pull it closer. Alignment guides ensure the bolts and nuts of the mechanism are in line with each other. Once the latches have pulled the two halves together, bolts on the active CBM are extended into nuts on the passive CBM. Each of the 16 bolts has a preload of approximately 90 kN (20,230 lbs) of force on it after the bolting sequence is complete. 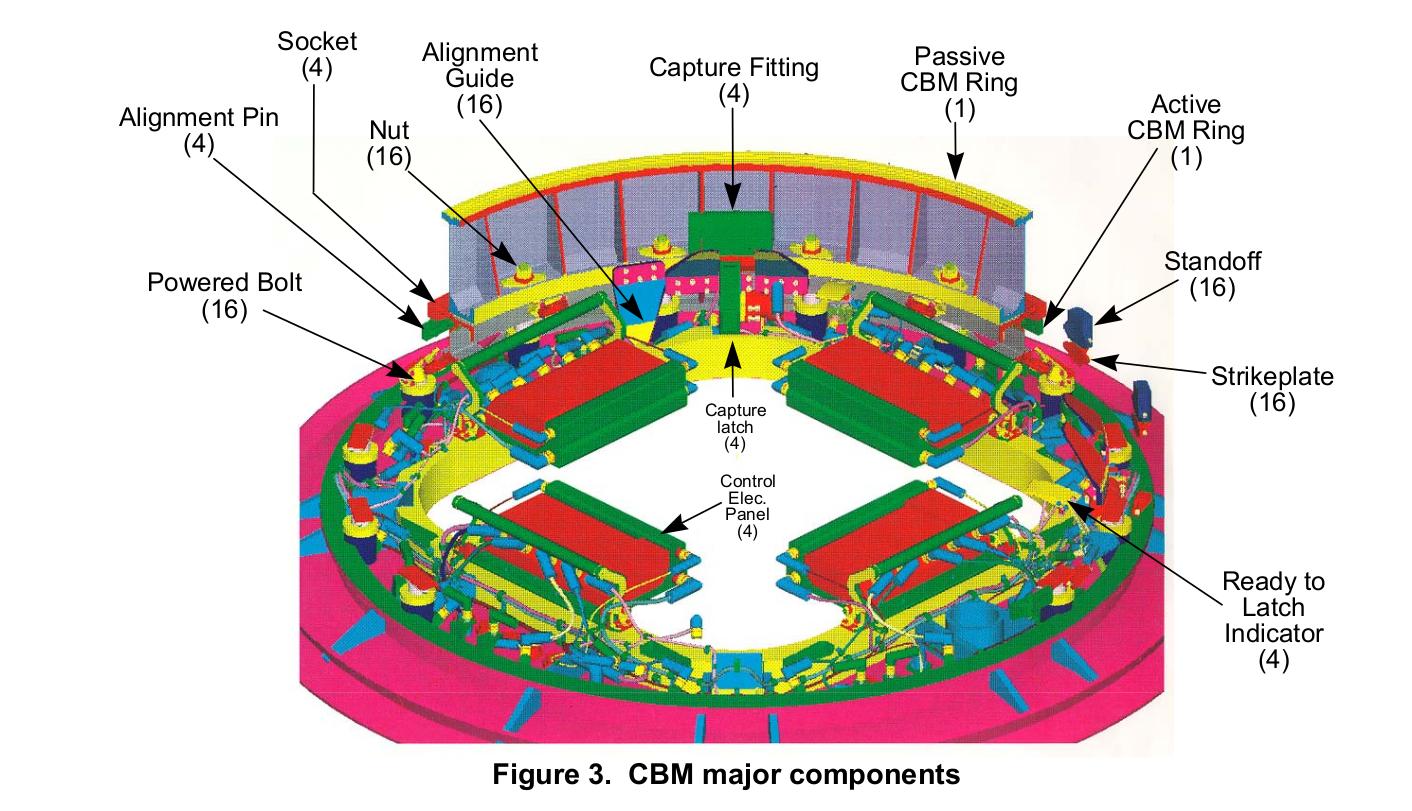 This diagram shows one of the four controller panel assemblies with its four associated bolts and one associated latch. 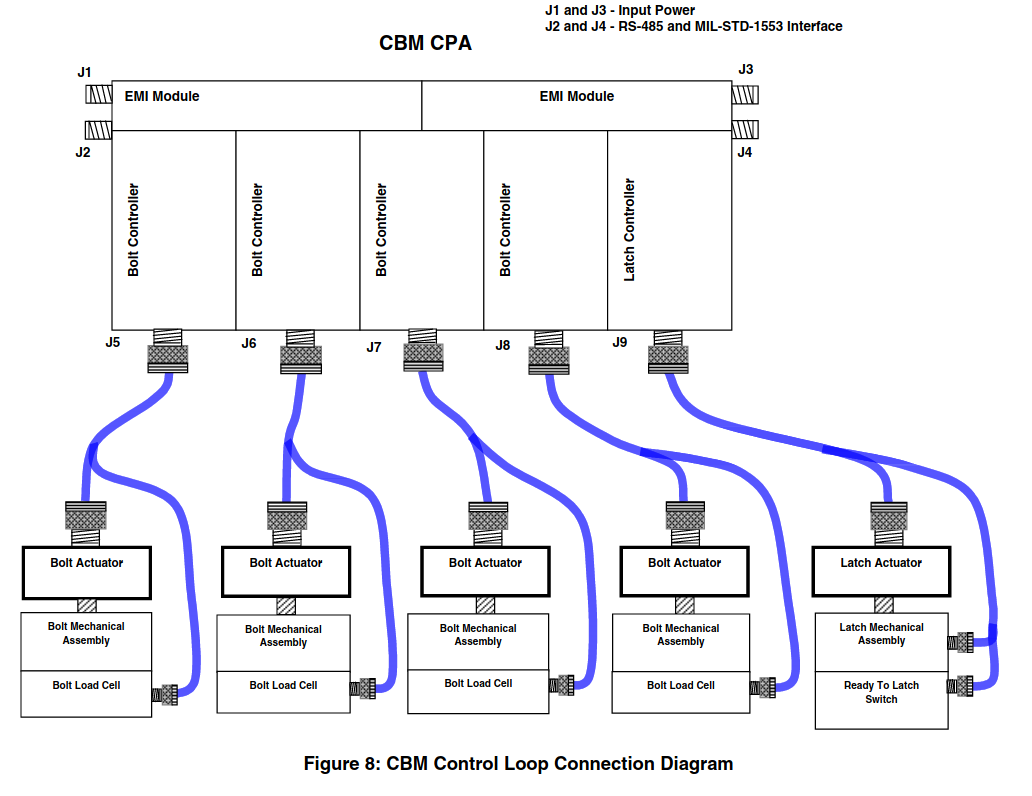 The CBMs are normally operated by the crew. The Personal Computer System (PCS) (aka ISS laptop) display used to control and monitor the CBMs is shown here. 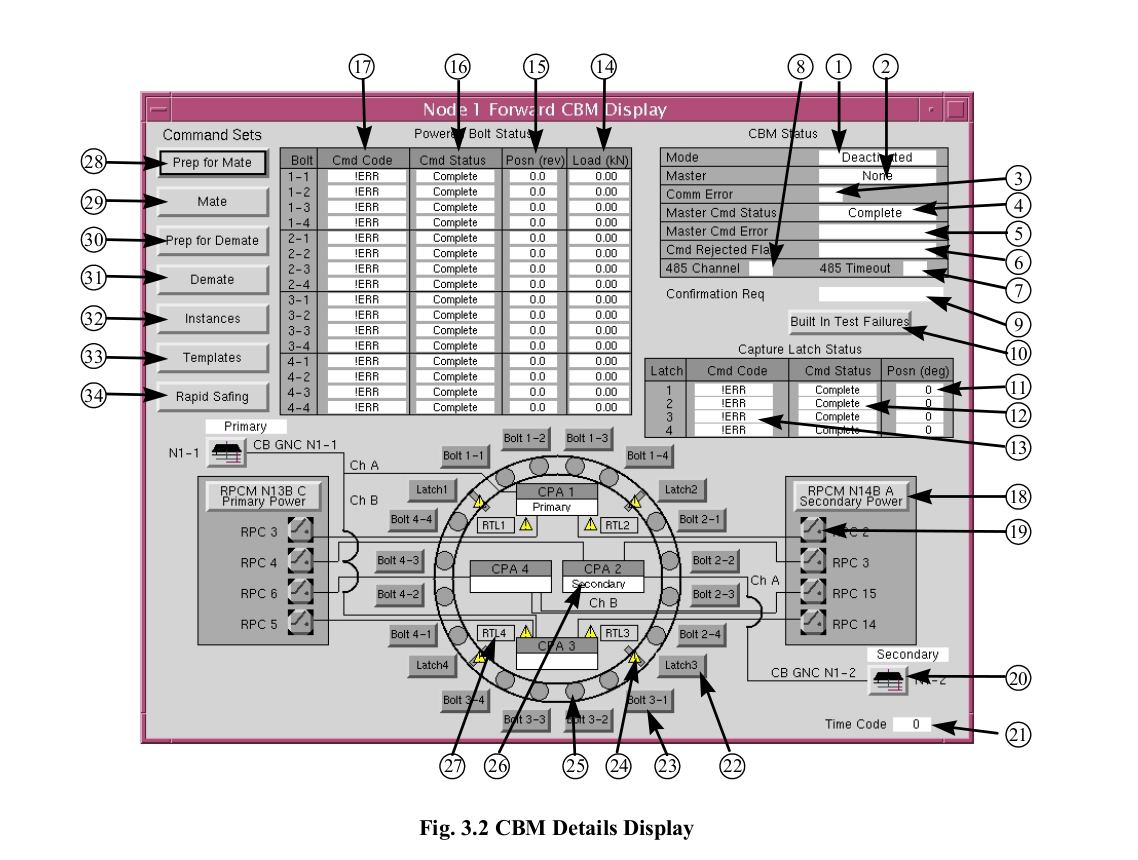 The bolting stages are described here

Bolting is conducted in several stages. The first stage acquires all 16 bolts and their mating nuts and torques them to an “acquire bolt preload” of 1500 pounds (as measured by strain gages within the bolts, and monitored by the CBM Bolt Controllers). After the preload torque is complete, further torquing is discontinued so that temperatures between the passive ring and active ring can equalize. Once the temperatures are equalized,the torquing operation resumes. Bolts are commanded, in-groups of four, through several more torquing stages, proceeding from the initial preload of 1500 pounds up to a final load of 19,300pounds per bolt. The module is then in its fully berthed position.

Here is a picture of the bolt actuator and a schematic showing a "ready to bolt" bolt. 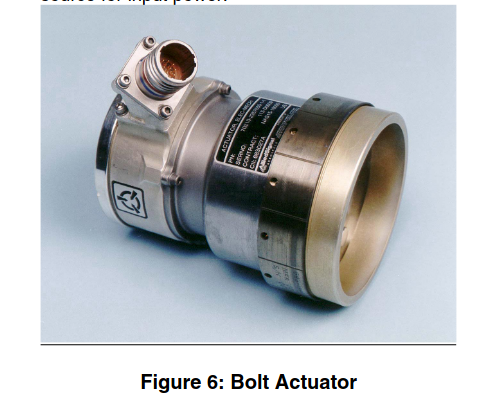 For further reading: the document below "The Common Berthing Mechanism for ISS" is recommended.

Not the answer you're looking for? Browse other questions tagged iss docking jaxa or ask your own question.

15
To what extent are the US modules of ISS based on the Spacelab design?
9
How does ground control monitor the docking of ships to the ISS?
22
Does the ISS team plan cargo flights when at half crew on purpose?
10
How does automated docking work and why isn't it used more often?
10
Who performs the docking procedure?
4
How does the HTV Small Return Capsule get used?
2
How does Hayabusa-2's “Communication Simulator” on its website work? What does it show?
5
Can they isolate individual modules on the ISS?
21
What are these green text/line displays shown during the livestream of Crew Dragon's approach to dock with the ISS?
1
How does the JEM/Kibo connect to the “Porch Module”?