In what ways is helium used on modern launch vehicles?

Helium is a fairly rare material and does not remain in the atmosphere.

I'd like to know the uses of helium on modern launch systems?

Do most launch vehicles use helium in several different ways, or is there pretty much only one use for it?

Helium is used as a pressurant and purge gas. While no longer a "modern" launch system, the Space Shuttle made extensive use of helium to pressurize various systems and can perhaps serve as an example.

During standby operations, the liquid oxygen and liquid hydrogen tanks are pressurized with gaseous helium to maintain a nominal positive pressure before loading and launch to avoid possible structural damage that could result from thermal and atmospheric pressure changes. Approximately 3 minutes before launch, the tanks are pressurized until lift-off with helium piped from a ground facility.

No bladder separates the NH3 from its helium (He) pressurant. If an NH3 controller is manually activated (SEC/ON) while in zero g, the He pressurant could leak out, making that system unusable 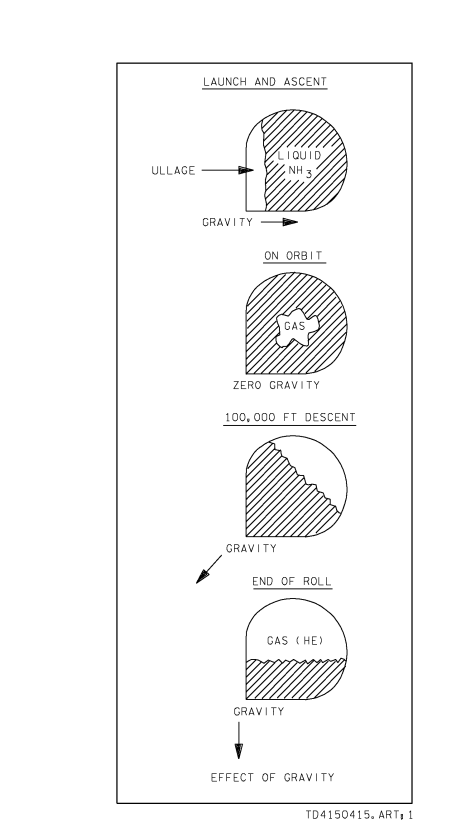 The location of helium tankage for the remaining systems to be discussed is shown in light green on this drawing from the Shuttle Operational Data Book (SODB). 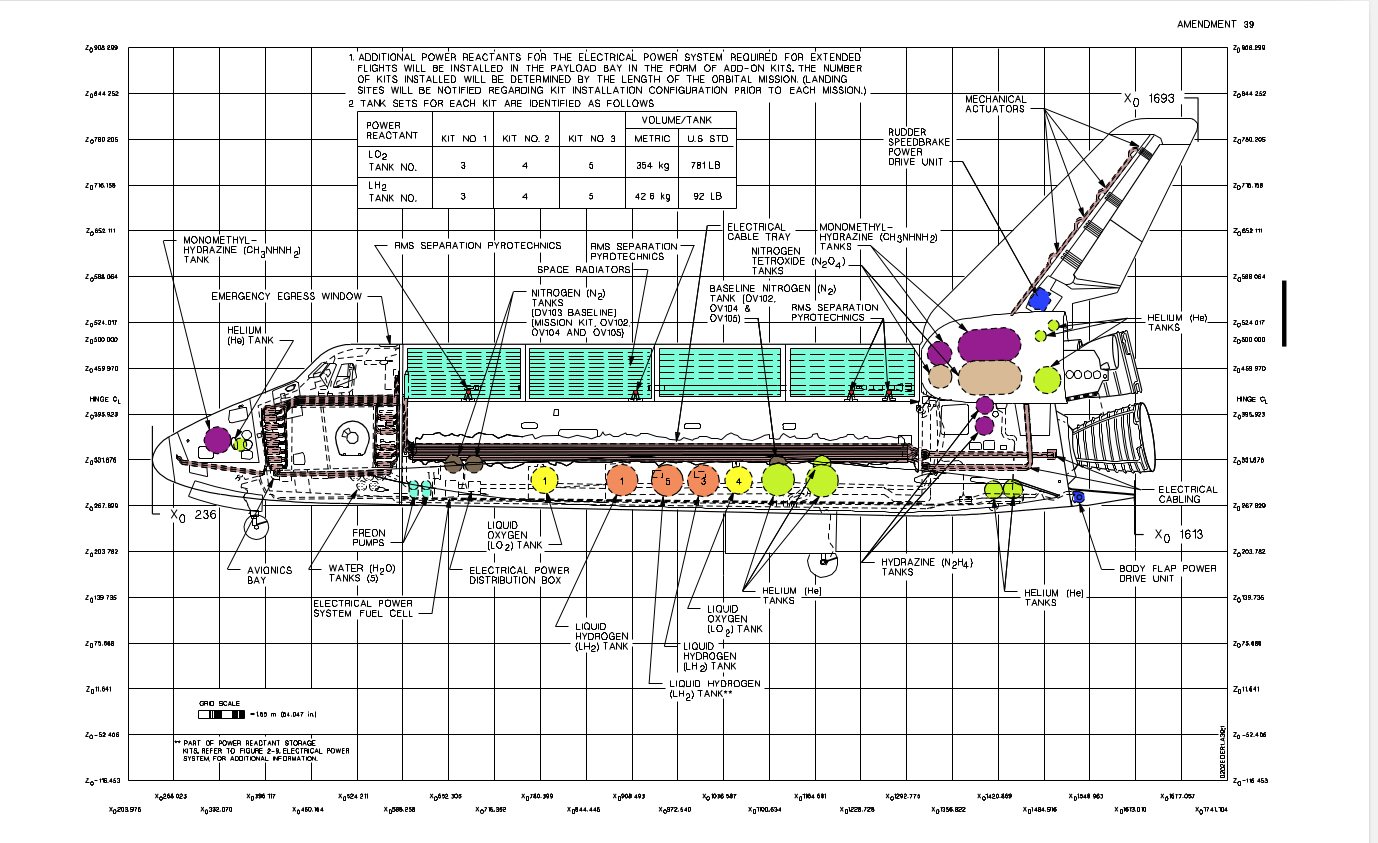 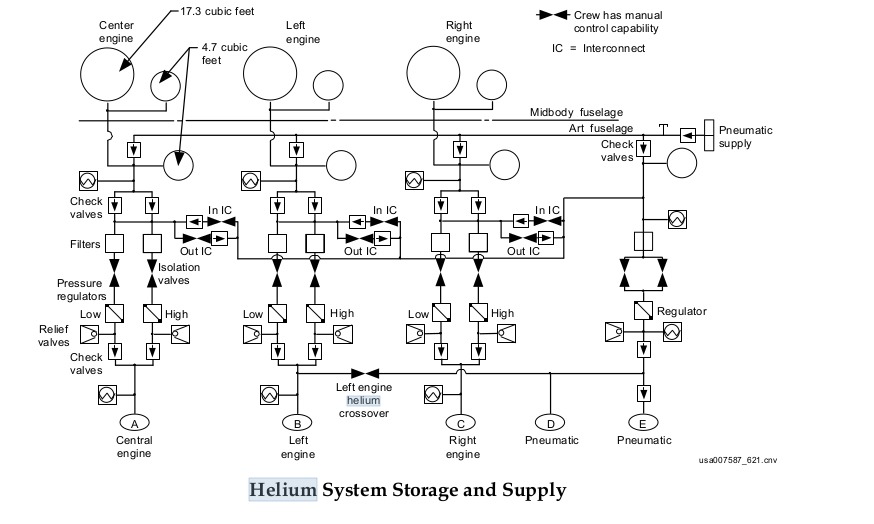 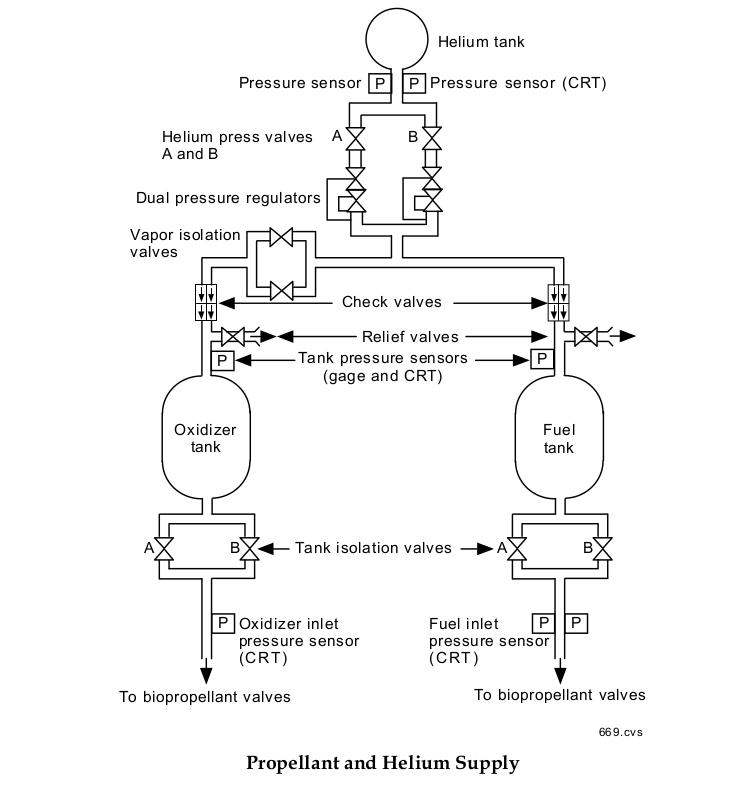 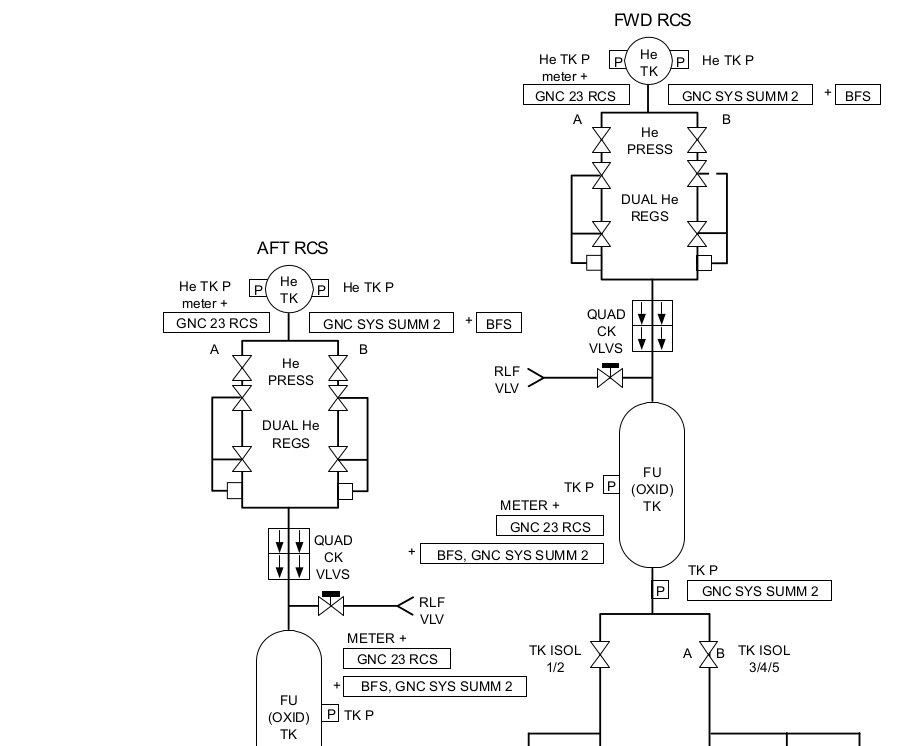 If there is a rocket using cryogenic hydrogen tanks, you need helium for it.

A hydrogen tank filled with air from manufacture needs preparation before filling with hydrogen. So you need helium to purge out the air. You can not remove the air first, the resulting vacuum would destroy the tank. So you need much more gaseous helium than the tank volume to remove all air.

If helium is used for pressurization too, you need so much helium to maintain tank pressure of a nearly empty tank. Again multiple times the tank volume is needed (volumes at ambient pressure).

A heat exchanger to liquify hydrogen for pressurization may avoid helium for tank pressurization. But using gaseous hydrogen to purge the air before filling would be very dangerous.

Not the answer you're looking for? Browse other questions tagged launch fuel launch-vehicle helium or ask your own question.

11
What would make a rocket sled launch feasible?
6
What is the time breakdown for getting a rocket like the Falcon 9 or Atlas 5 ready for launch?
7
To what extent, if any, does the exterior paint color of a launch vehicle affect its propellant & vehicle thermal management?
1
What single figure best compares the mass launch capacities of different rockets?
1
Has the use of any commercial launch vehicle's engines on an unrelated vehicle ever been seriously considered?
5
What rocket system launch contained the highest amount of propellent potential energy?
3
What does the core stage of a launch vehicle mean?
15
Why do we need dedicated launch vehicles for small satellites?
12
Why can solid rockets be both the skinniest and most spherical launch vehicles while liquid fuel rockets have a more limited range of aspect ratios?