Choosing a specific region to live on Mars, how important will the degree of dust there be, compared with the availability of water?

The map above shows underground water ice on Mars, it's from the article NASA's Treasure Map for Water Ice on Mars.
The blue and purple represent water ice less than 30 centimeters (one foot) below the surface, and the black zones indicate areas where a landing spacecraft would sink into fine dust.

..; the outlined box (on the map) represents the ideal region to send astronauts for them to dig up water ice.

(emphasis added by me)

But (part of) the albedo map of Mars below from MARS Global Data Sets shows that this so-called "ideal region" is rather bright in general.

Therefore it is likely that the surface rocks and sands in the dark regions are less coated by bright dust than those seen at any site visited to date. It has been suggested that Mars dark regions are likely areas of active removal of bright dust by sand saltation or other means [Thomas 1984; Christensen 1988]. Landing sites in dark regions might provide an opportunity to directly sample exposed, dust-free rocks [Edgett et all., 1994].

So it might be that the "ideal region" in the outlined box will be rather dusty, despite not enough "to sink a spacecraft". And Martian dust is poisonous, containing perchlorate, so digging for the water ice would be better done without dust.

So to what extent will the presence of dust in a region with water ice close to the surface, be a reason to look elsewhere for better conditions ?

For example, there are two regions next to each other, one rather dusty with water ice 20 cm below the surface and the other almost free of dust but with water ice 30 cm below its surface.
What will be the choice, and with what reasons ?

By comparing the NASA treasure map with the albedo map of Mars precisely, a few regions can be found that have both a low albedo and a water ice depth of 0.1 to 0.2 m.
Part of such a region is shown below at about 38.6⁰ N, 203.1⁰ East. 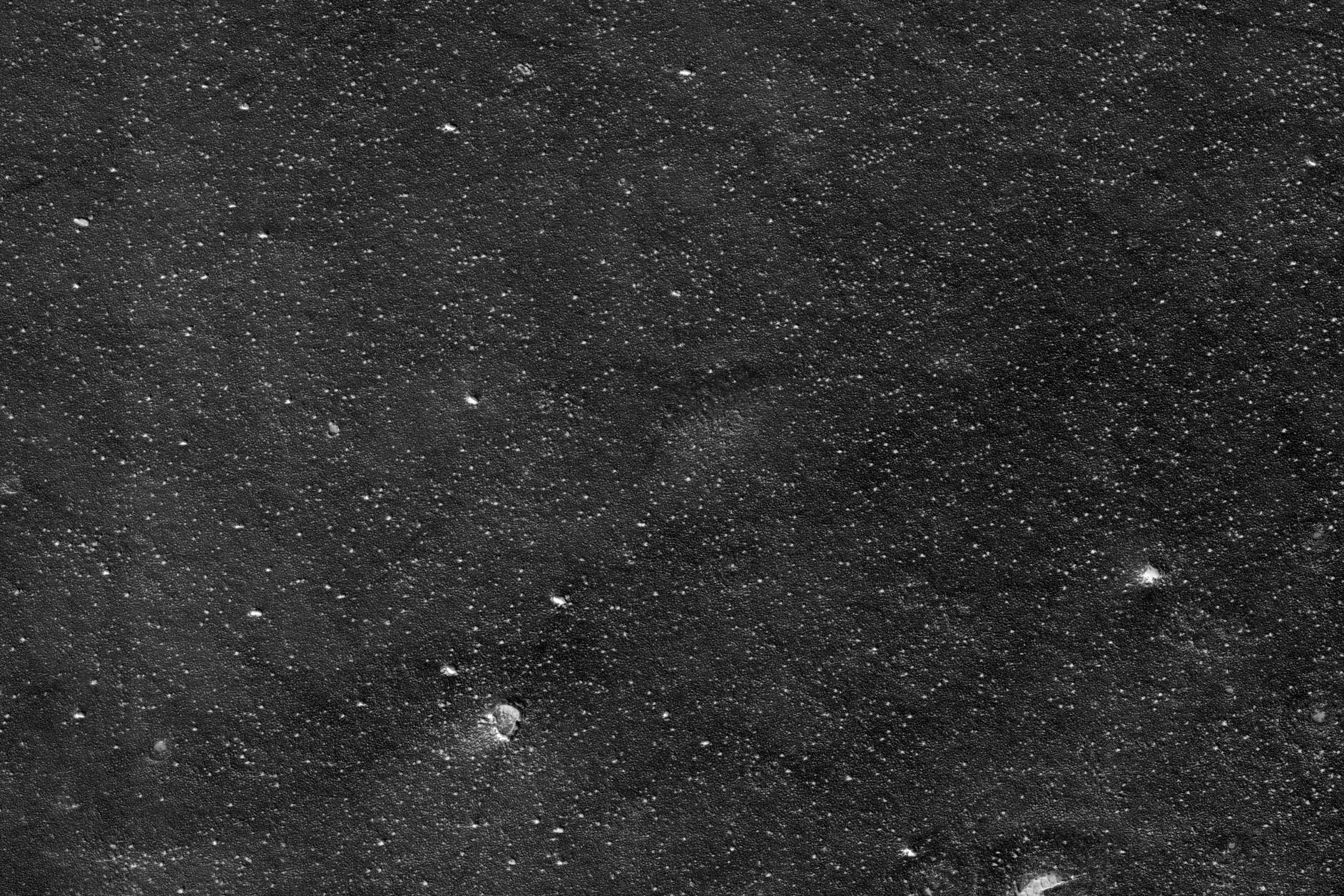 The image above is part of ESP_050156_2190, click twice on it for a closer view.
Credit: NASA/JPL/University of Arizona

Water is extremely useful on Mars. You can use it to generate oxygen directly via electrolysis and the hydrogen byproduct can be reacted with carbon dioxide to make even more water. We drink water. If they want to come home, water+carbon dioxide+power can produce methane and oxygen. That's the most likely rocket fuel to get home.

On the other hand, dust is everywhere. You can't avoid it - the place has planet wide dust storms. More dust, less dust, you have to deal with the dust either way.

But water you're going to need by lots. Hundreds of cubic meters. Stick with the water.

Edit to add:. Dust will interfere with almost all missions to Mars. Not having enough water will end missions.

Edit to add: To answer the 20cm Vs 30cm question. Consider gardening on Earth. How much harder is it too dig a 30cm hole, Vs 20cm? Not all that hard. In any near surface ice bed the local variation in depth will be more than 10cm. The real question will be "Where is ice within 1m of the surface".

Once you've dug down to ice, as can put in a simple air lock, pump in CO2 and prevent the ice from subliming away. If it's more than 1m down... Look at the problems Insight has had digging at all.

You must have water, dust is so much less important. You can travel to features you're interested in. You can't realistically dig water up from 70m down or carry tonnes for kilometers.

Not the answer you're looking for? Browse other questions tagged mars water dust environment ice or ask your own question.

3
Will MOXIE get clogged or chemically degraded by martian dust?