Is there any video footage of a full reentry?

Did any orbital craft ever fully film its reentry into the atmosphere, either as long as the camera worked or until the craft landed if it could? The Space Shuttles had a front camera that showed live the KSC / Edwards Air Force Base approach and landing from the orbiter itself, but they weren't filming when the shuttles entered the atmosphere, right? The live footage from the shuttle front camera were already from after the flight through the mesosphere. I'd appreciate if you could link me a video of an entering spacecraft from orbit. Thank you.

Not Earth, but probably one of the coolest atmospheric entry videos out there:

I think SpaceX footage of reentering main booster are the only "full reentry videos" available as of now. 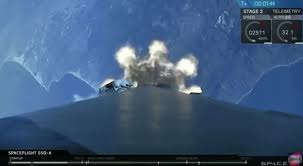 8
Why are there no video transmissions from the Moon and Mars?
5
Any other advantages to passive atmospheric reentry besides reaction mass economy?
8
Requirements for full destructive reentry?
1
Footage of Space Shuttle astronauts during launch and reentry
7
What effect (if any) would leaving the cargo bay doors open have had during a shuttle reentry?
13
Is there real footage of Tiangong 1 reentry?
12
Cine footage from Saturn V launches
18
Is there such thing as plasma (from reentry) creating lift?
1
Space launches with video camera?