Can exit pressure of nozzle be less than atmospheric pressure?

This is kinda dumb question .I got 5psi pressure at outlet of the nozzle from open motor software. Is that possible because its less than atmospheric pressure 14.7 psi? Am i missing out something?

Sure! That's called "overexpansion" because the flow is expanded too much to match the ambient pressure. 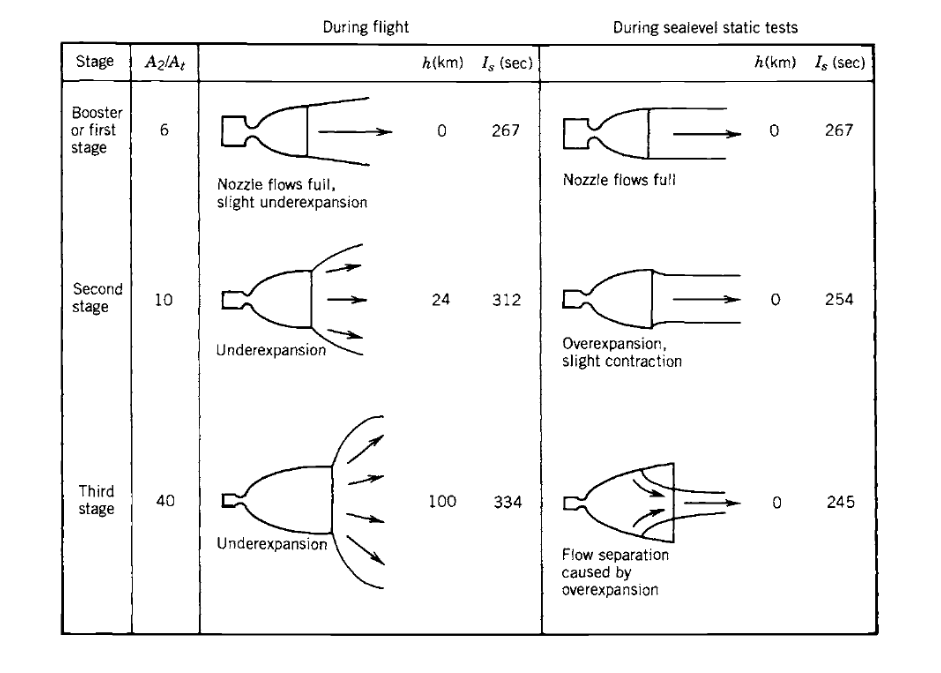 ME 239: Rocket Propulsion: Over- and Under-expanded Nozzles and Nozzle Configurations

if exit pressure ($p_e$) is less than ambient ($p_0$) the 2nd term in the thrust equation is negative.

As shown in the bottom right of the picture, things can get even worse if the pressure difference is large enough.

15
Why do pump and pressure fed liquid engines need to operate at high pressures?
11
Convergent-Divergent / De Laval Nozzle Dimensions
5
What's the nature of hoop stresses on a rocket nozzle?
2
Nozzle Exit Pressure Too High?
10
why do under-expanded engines have less than ideal thrust?
0
Efficiency of rocket stages and converging/diverging nozzle
3
What happens with thrust if I decrease the convergent divergent nozzle exit area?
23
Why aren't spacecraft and spacesuits pressurised to 2.5 psi (17 kPa) of pure oxygen?