In what conditions are the electronics of New Horizons housed?

In one of answers to the question What are the long term effects of Space Weathering on man-made materials? there is a link to Wikipedia article about Kapton. In this article mentioned that

NASA's New Horizons spacecraft used Kapton in an innovative "Thermos bottle" insulation design to keep the craft operating between 10–30 °C... The main body is covered in lightweight, gold-colored, multilayered thermal insulation which holds in heat from operating electronics to keep the spacecraft warm.

Also in article about New Horizons itself said that

To conserve heat and mass, spacecraft and instrument electronics are housed together in IEMs (integrated electronics modules).

So my question is:
Are these IEMs sealed, filled with some neutral gas (like nitrogen) and pressurized, with thermal exchange by means of this gas, or are all electronics inside IEMs in vacuum and, as mentioned above, thermal insulation reflects the heat towards IEMs?

I had read that one of the problems with some old Russian (Soviet) satellites was that their electronics were housed in such sealed and pressurized compartments, filled with nitrogen, with fans inside. If fans became inoperative, or nitrogen leaked out after several years due to non-100% sealing, a satellite would become inoperative too.

The spacecraft's thermal control system works by managing radiant and conductive heat transfer, not by convection.

The approach taken by New Horizons is to retain heat like a thermos bottle – New Horizons is already in the vacuum of space where no conductive and convective heat will be lost into space, leaving only the radiative dissipation of heat to be limited which is done by wrapping the entire spacecraft in a light-weight gold-colored blanket. The multilayer insulation blankets are designed to retain the thermal radiation emitted inside the spacecraft body by the various electronics to keep the spacecraft at an operating temperature between 10 and 30 degrees Celsius. ... To allow heat to escape into space when the spacecraft is too warm – which is the case when it is still close to Earth and the Sun – a series of louvers can be opened up to allow the radiative dissipation of heat from inside the spacecraft body. When in the outer solar system, these louvers will remain closed for most of the time. 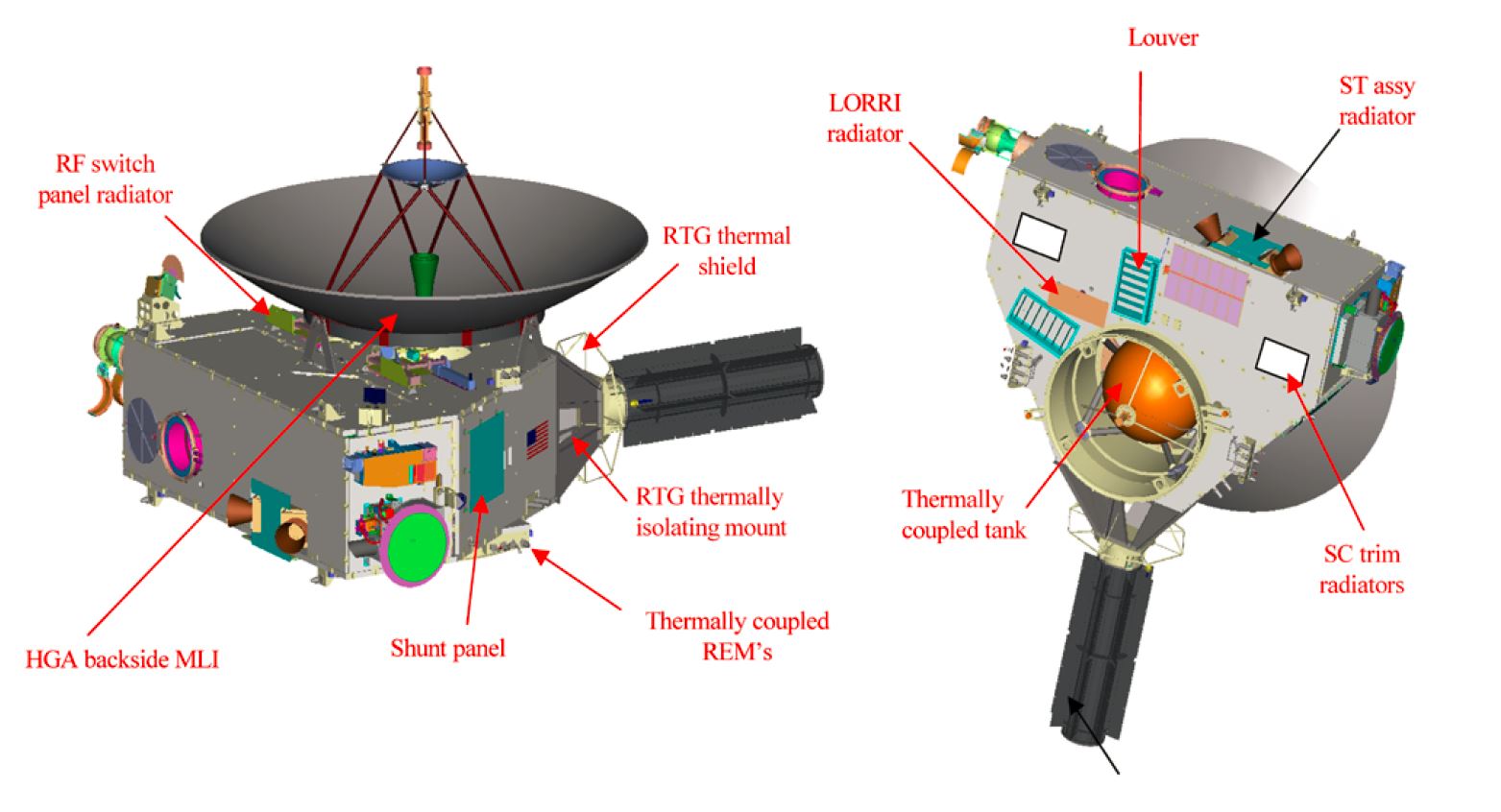 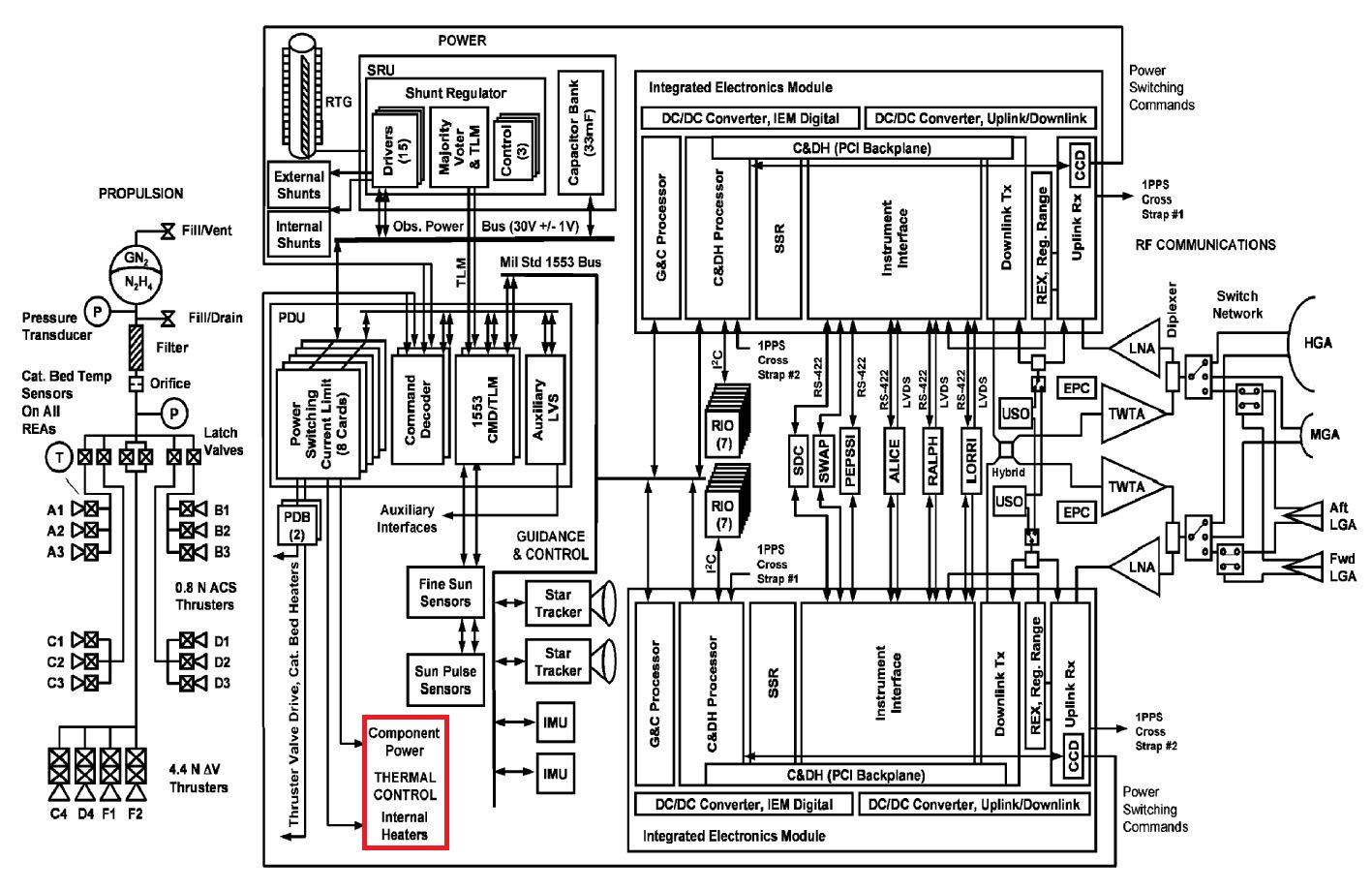 Not the answer you're looking for? Browse other questions tagged new-horizons thermal-control heat equipment heat-flow or ask your own question.