Your comment on this answer has, I think, led me to understand what you are really asking about. 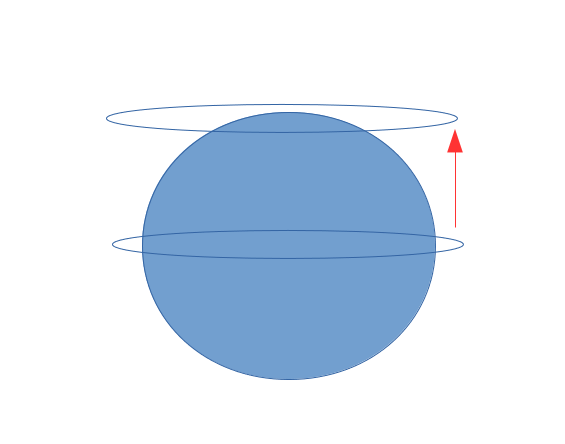 If that is the right interpretation, no, you can't do that.

The center of mass of the Earth must lie in the plane of the orbit.

Quoted from this answer.

Inclination changes are very expensive in terms of delta V/fuel. To do a 90 degree plane change you are thrusting against your current ~7 kilometer a second velocity to bring it to zero and also adding thrust to get a ~7 kilometer per second velocity in the new orbital plane. This is more than it took to get into orbit in the first place, and would require a truly substantial rocket.

As it happens you do not need to do this, a launch into high inclination polar orbit of the right period (height) can observe the whole of earths surface over time, with various missions building models of the earth with only the needed thrust to avoid unwanted inclination changes.

Although a little vexing, the GIF below and the answer it comes from shows that even fixed orbit will eventually pass over all places on a body that rotates underneath it that are at any latitude smaller than the inclination.

That being said you have to choose an altitude that spread them out evenly so that you don't have to wait a very long time.

That being said if you needed to be almost directly overhead of every point for say top-down imaging and it wasn't okay to cover a swath that was hundreds of kilometers wide by looking at some areas from says 10 or 20 degrees away from top-down for some reason, and you were in a big hurry, there are geometrical advantages under those constraints to first doing a low inclination orbit which would cover low latitudes more effectively in a short period of time then switching once to a nearly polar orbit to cover the higher latitudes more quickly.

As @GremlinWrangler's answer points out, this is a very demanding orbit change and would require your satellite to be more of a flying fuel tank than an Earth observation satellite, but if you absolutely had to scan the enter planet, viewing almost exactly top-down at each point, as absolutely fast as possible, then you could build a flying fuel tank and do it!

However you might consider just going to a higher altitude if possible. For example, from a 1000 km high polar orbit each 100 km wide swath would be within +/- 3 degrees of vertical, and each orbit will cross the equator twice. In 15 days you would have seen every location on Earth and viewed it within +/- 3 degrees of top town.

If you don't mind looking at 10 or 20 degrees, then a lower orbit would do what you need even faster!

and from this answer to How do I determine the ground-track period of a LEO satellite?

6
Analytical expression for the ground track of the International Space Station
8
How do I determine the ground-track period of a LEO satellite?
1
How to calculate the radii of high orbits above the parallels of 45 and 80 degrees?
2
Trying to understand the two "holes" in this alt/az plot of the ISS

6
How is satellite data used to find drug crops?
6
Can I move the ISS for free?
14
Why are there no LEO satellites in the earth's equatorial plane?
3
Why do orbits in the Iridium constellation have an inclination of 86.4°?
4
Is Earth's "pear shape" mostly J₃?
6
What is the altitude of a surface-synchronous orbit around the Moon?
0
What would the TLE data (Mean Motion, Eccentricity, Inclination, RAAN, Argument of Pericenter) of GEO and PO be like?
3
what is 'f' (true anomaly) for in the orbital inclination change equation