Has Same Beam Interference (SBI) been used or at least tested at Mars? Are there plans to use it in the next few years?

Question: Has Same Beam Interference (SBI) been used or at least tested at Mars? Are there plans to use it in the next few years? Considering that there's already some orbiters and landers and rovers there, and there are several more on the way this seems like an opportunity to pursue the spirit of tracking and although the technique has been known for a while, perseverance and curiosity may prevail.

Note that the error budget in the second figure is in units of picoradians!

As more spacecraft begin operating at Mars, SBI could be used to improve orbit determination while requiring fewer Earth-based tracking resources. All spacecraft within Mars stationary orbit would be visible within the 1-mrad beamwidth of a 34-m antenna at X-band. All signals would be acquired simultaneously. SBI data acquired during ground-station overlaps could provide enough geometric data strength to offset the loss of long arcs of ground-based two-way Doppler measurements. One-way Doppler combined with SBI may meet navigation requirements, eliminating the need for multiple uplinks. 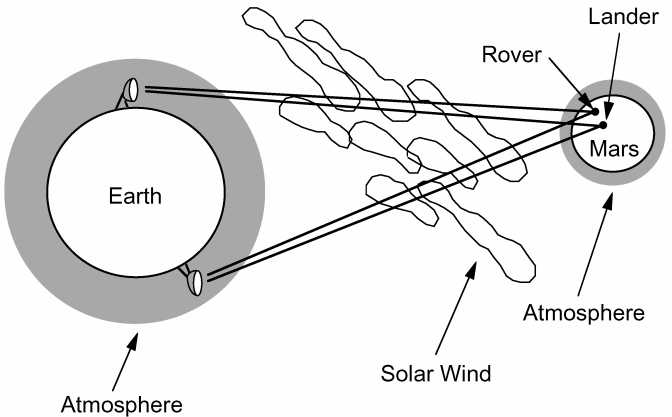 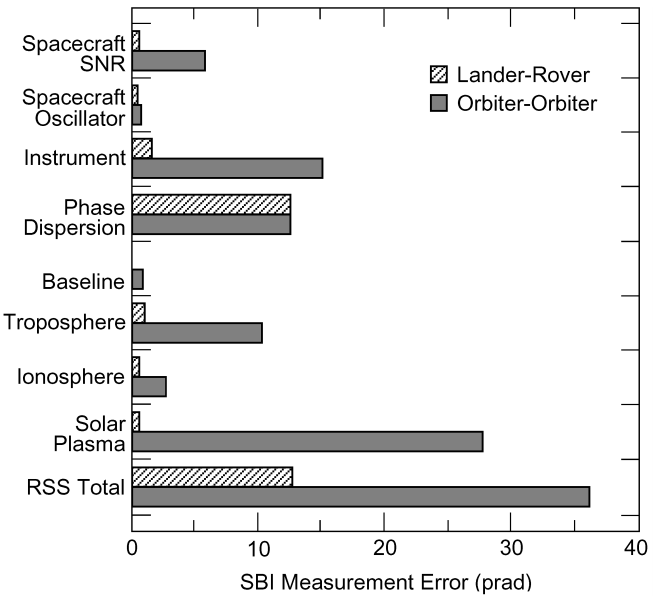 Fig. 5-2. Error budget for same-beam interferometry measurements for a lander and rover on the surface of Mars and for two spacecraft in orbit about Mars. X-band radio links and a Sun-Earth probe angle of 20 deg are assumed.

Browse other questions tagged mars tracking deep-space-network delay-doppler or ask your own question.

4
China, UAE and US all sending missions to Mars in 2020 (Summer of L̶o̶v̶e Mars); how far apart are their frequencies?

5
Range Measurement from Range signal downlink
6
Since NASA's InSight Lander's launch has been delayed by two years, are there any plans to edit its payload?
3
How have/how will Indian ground stations be used for comms or tracking of deep space spacecraft?
11
Are there any major flaws with the Mars Architecture used in the Martian?
5
How does a three-way doppler shift measurement work?
2
Have any deep-space spacecraft supported same-band turnaround of Earth-based doppler measurements?
10
Mars versus the poles of Mercury WRT colonization
1
Does the Juno spacecraft have an “open signal, by design”?