Did anyone ever launch a rocket, filmed by another rocket in mid air?

I recently analyzed some SpaceX launch footage (a Starlink deployment on September 3). I noticed a switch in camera perspective at T+00:02:20: from cameras on the ground to those attached to the Falcon 9.

This got me wondering: Launching a secondary, smaller rocket (or maybe just a high-altitude jet) with cameras attached to it, may provide reliable and higher-quality footage of the primary rocket launch.

Has this ever been done? 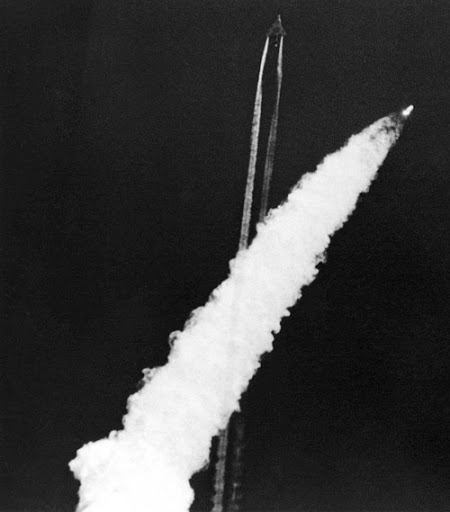 The Space Shuttle SRBs had cameras, and after sep a falling SRB can clearly be seen falling with its twin. The way they fall in unison is amazing, note the parallel orientations for most of the fall. 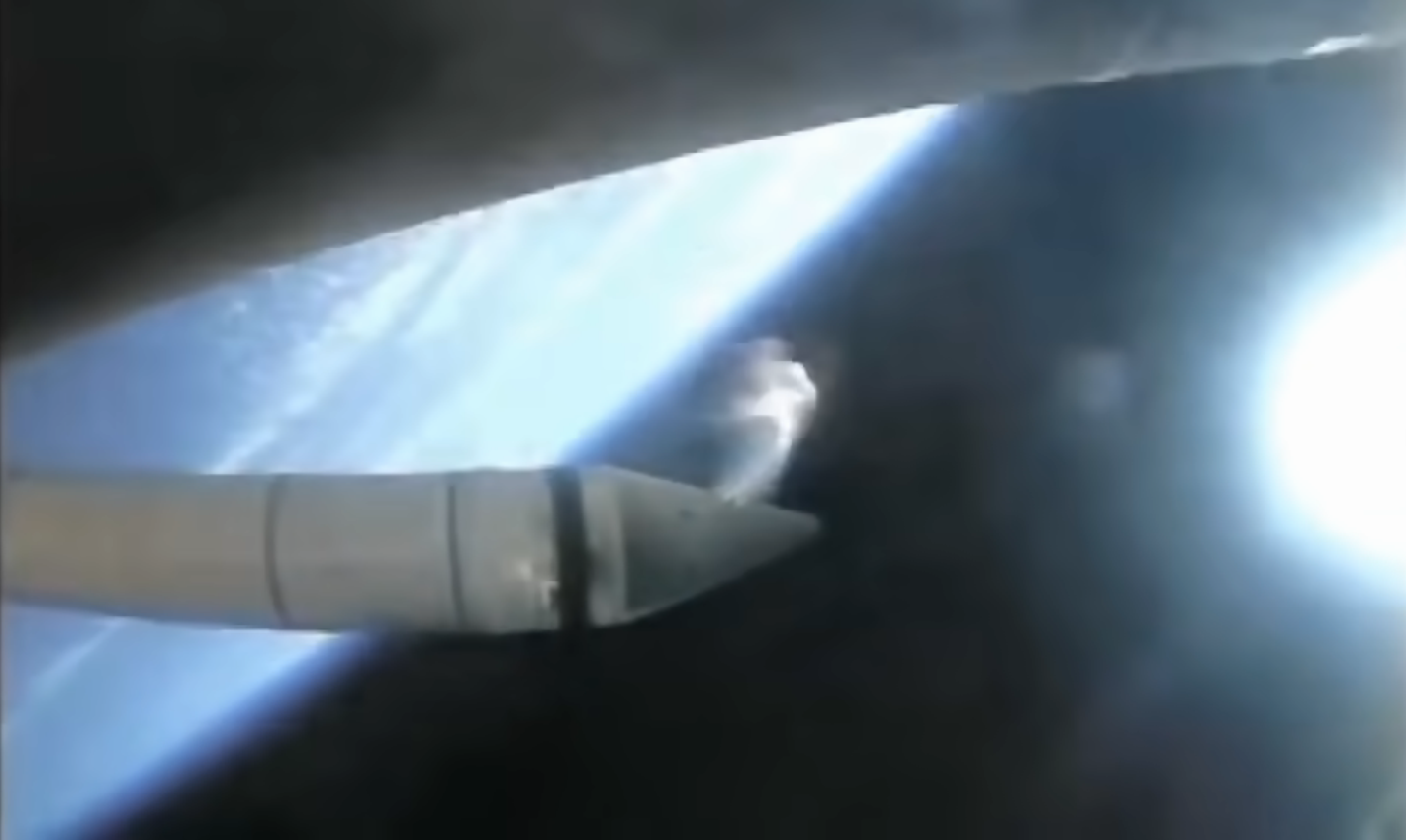 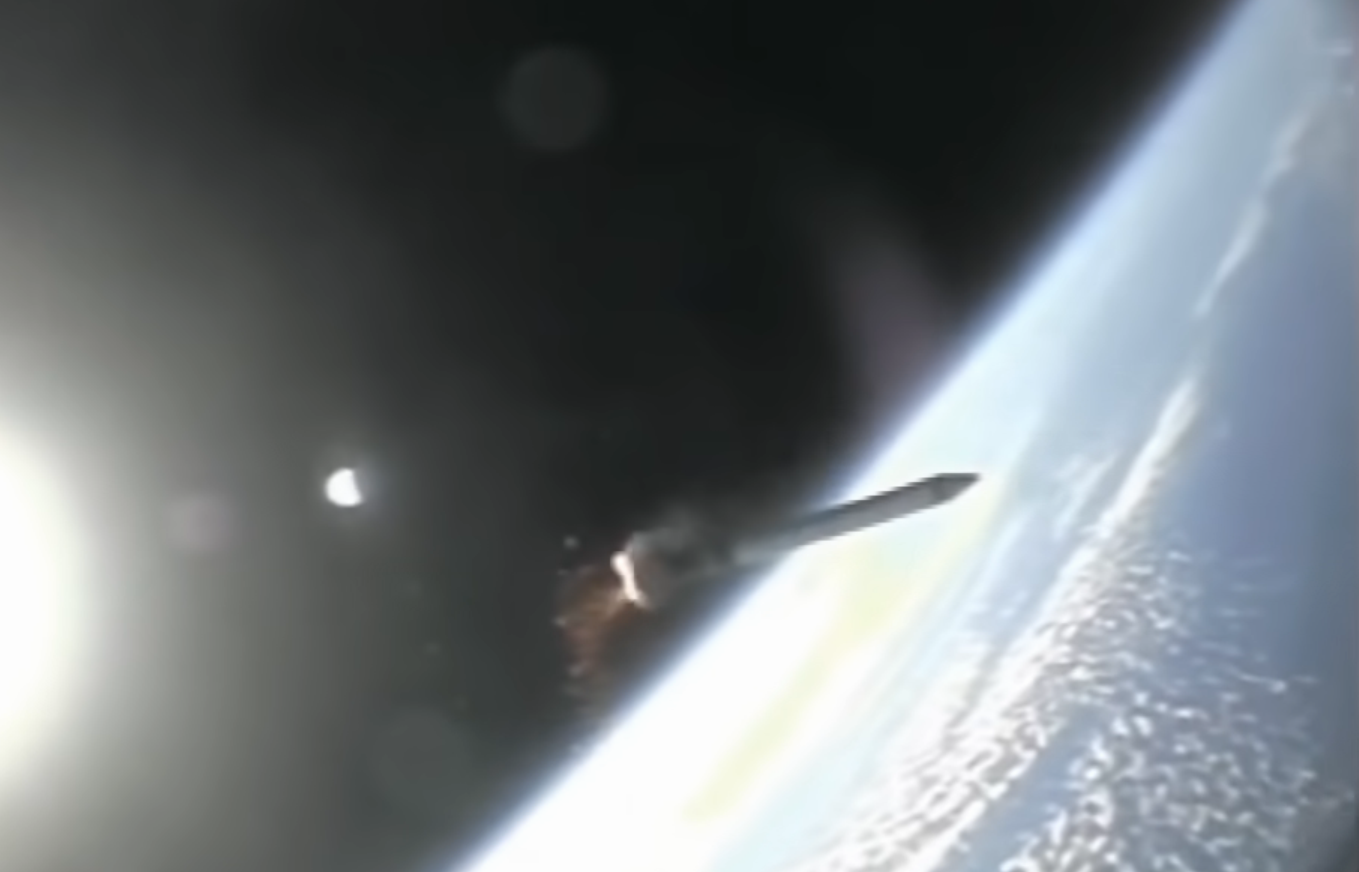 or maybe just a high-altitude jet

Some of the later shuttle launches were filmed from one of the NASA WB-57 aircraft. 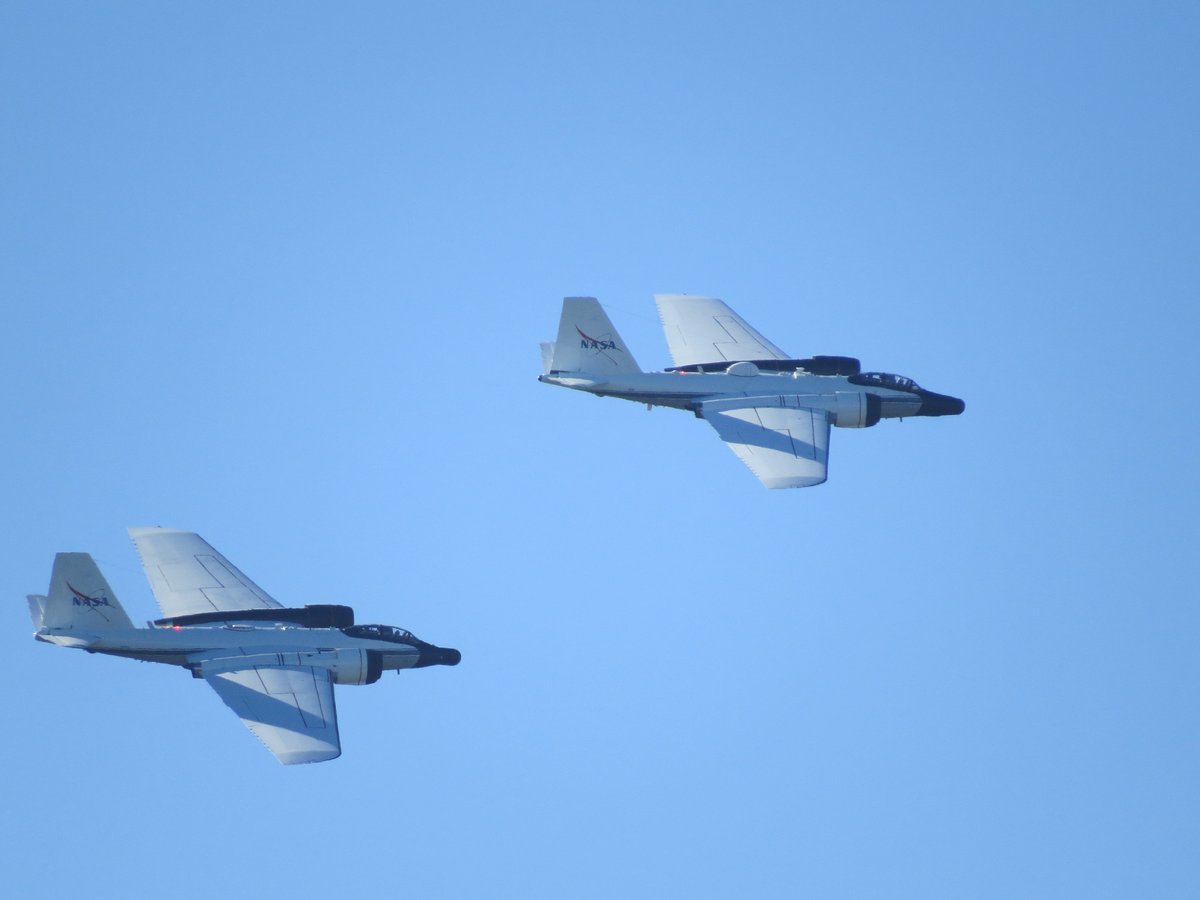 In addition I did find video of one rocket taken from another. It's not a film of the launch so maybe doesn't qualify but...

It's a ballistic missile intercept test. The view is from one of the kill vehicles showing the target missile. It's not real exciting, just some blocky pixels. Video starts with the onboard view.

It is not uncommon to film rocket launches from the rocket Probably the most famous rocket tv footage, the Saturn Inner ring.

The Soyuz rockets, and all R-7 derivative rockets, separate their four liquid booster rockets in unison. Sometime in the past decade, the video feeds of cameras on the core Block A stage have been available showing this stage seperaton and the four boosters falling away from the core stages.

Not the answer you're looking for? Browse other questions tagged spacex rockets launch or ask your own question.

28
What is meaning of T in rocket launch countdown?
16
What is involved in clearing air space for an orbital launch?
16
Are rocket exhaust flames ever opaque?
19
Is SpaceX the only launch service provider who can attempt another launch the next day after a scrub?
13
How bright is a rocket launch?
2
Can a rocket be intercepted in mid air?
3
Rocket Launch Simulation Source Code Locations
1
launch rocket like bullet from steam/air rifle?