I have an initial position, velocity and acceleration (in x,y,z coordinates) for a certain orbit, and I need to compute the next position, velocity and acceleration after a certain time interval (I only have the true position, vel and acc with a 2h gap, and I would need it for each minute for example). In order to compute the position and velocity I've used the f and g Lagrange coefficients. But could I compute the acceleration using this approach as well? In the book "Orbital Mechanics for Engineering Students by Howard Curtis", the author shows the expressions for the 'f', 'g' and the first derivatives of 'f' an 'g' (which are used for computing the future position and velocity). These expressions are: 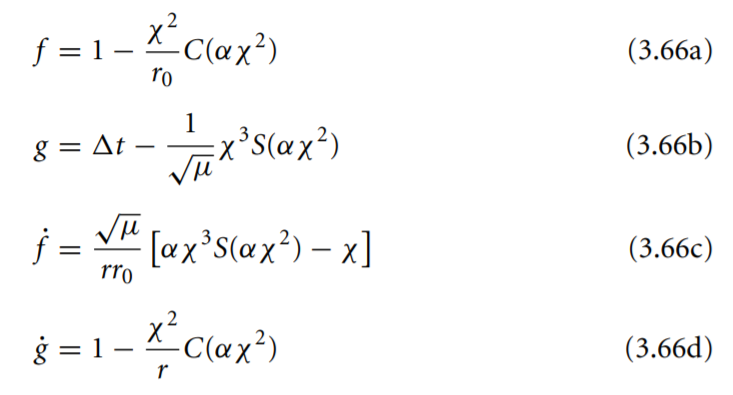 Browse other questions tagged orbit acceleration or ask your own question.