Is the acoustic horn at Stennis Space Center still there? Is it used?

Stennis Space Center had a giant horn installed in the times when they were testing the Saturn program engines. The purpose was to see what the acoustic conditions were like before testing and thus wait with a test if the sound propagation could cause damage in nearby houses:

Reverberations of the Saturn tests were quickly felt. The acoustical impact was quite evident in the immediate area around the city of Huntsville, and the long-range sound propagation occurred at distances up to 160 kilometers. The result was a rash of accidental damage to windows and wall plaster, followed by a rash of damage claims (sometimes filed by citizens on days when no tests had been conducted). Aware that climatic conditions caused very pronounced differences in noise levels and long-range sound propagation, engineers began taking meteorological soundings and installed a huge acoustical horn atop a tower in the vicinity of the test area. No ordinary tooter, the horn was over 7.6 meters long and had a huge flared aperture over 4.6 meters high. Its sonorous gawps, bounced off a network of sound recorders, gave acoustical engineers a good idea whether it was safe to fire the big rockets on overcast days.

Knowing that its testing program depended on public acceptance, NASA continued its acoustic studies, which were initiated in December 1962. The U.S. Weather Bureau and GE personnel operated the MTF Acoustics Laboratory where data were recorded and analyzed for prediction of sound propagation. GE personnel sounded a giant acoustic horn, and the Weather Bureau sent balloons aloft carrying instruments for predicting sound-level propagation to the surrounding communities. The acoustics experts set up measuring devices in the communities surrounding the MTF. The specialists sounded the giant horn several times simulating the test-firing sound levels; recorded the sound levels; and also sent weather balloons aloft to measure atmospheric conditions. The resulting data were fed into computers to determine a sound profile of the area. These tests were done because atmospheric conditions have a direct and major effect on sound travel and intensity. A temperature inversion can cause sound, which normally goes up into the atmosphere, to bounce back to the ground.

MTF: Mississippi Test Facilities, the name of SSC before it was renamed.

Is this horn still at SSC? Is it used or are more sophisticated methods used nowadays?

Pictures of the horn would be awesome also.

The confusion arises because the horn started out at Huntsville and was later moved to the Mississippi Test Facility. 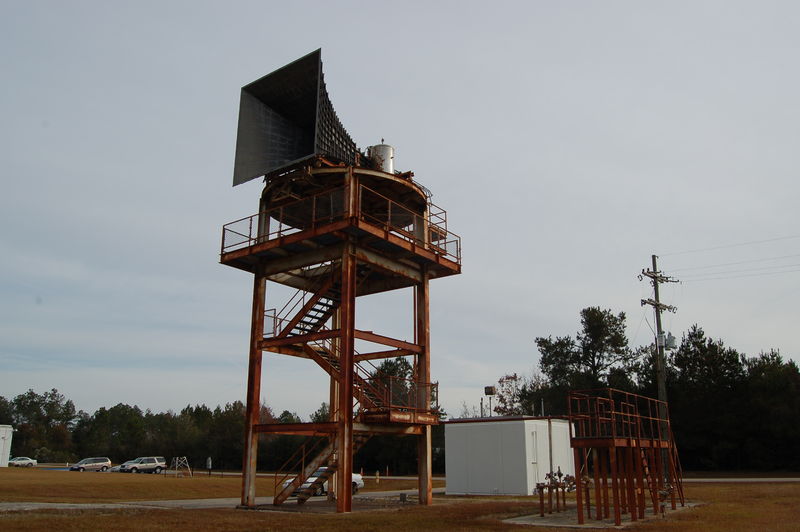 I don't know if it's still there and/or still used, though. It also isn't as big as the dimensions given in Stages to Saturn, perhaps they refer to the installation in Huntsville.

Not the answer you're looking for? Browse other questions tagged nasa testing facility or ask your own question.

19
Are there any theoretical size limits of man-made space stations/structures?
17
What are these enclosed regions on the Mission Control Center map?
35
Is there a mockup of the ISS on the ground?
6
Does stress-testing a spacecraft affect its durability?
2
What event determined the transfer of control from Kennedy Space Center to Houston?
8
Why was Houston selected as the location for the Manned Spacecraft Center?
2
What routinely happened in the TIROS control center? Was anything controlled there?
0
Why wasn't there a 2nd attempt for the Viking-DS (VDS) test payload before the real Viking 1 and 2 were launched?