What would be the required equipment for an astronaut to dig to the centre of Bennu? 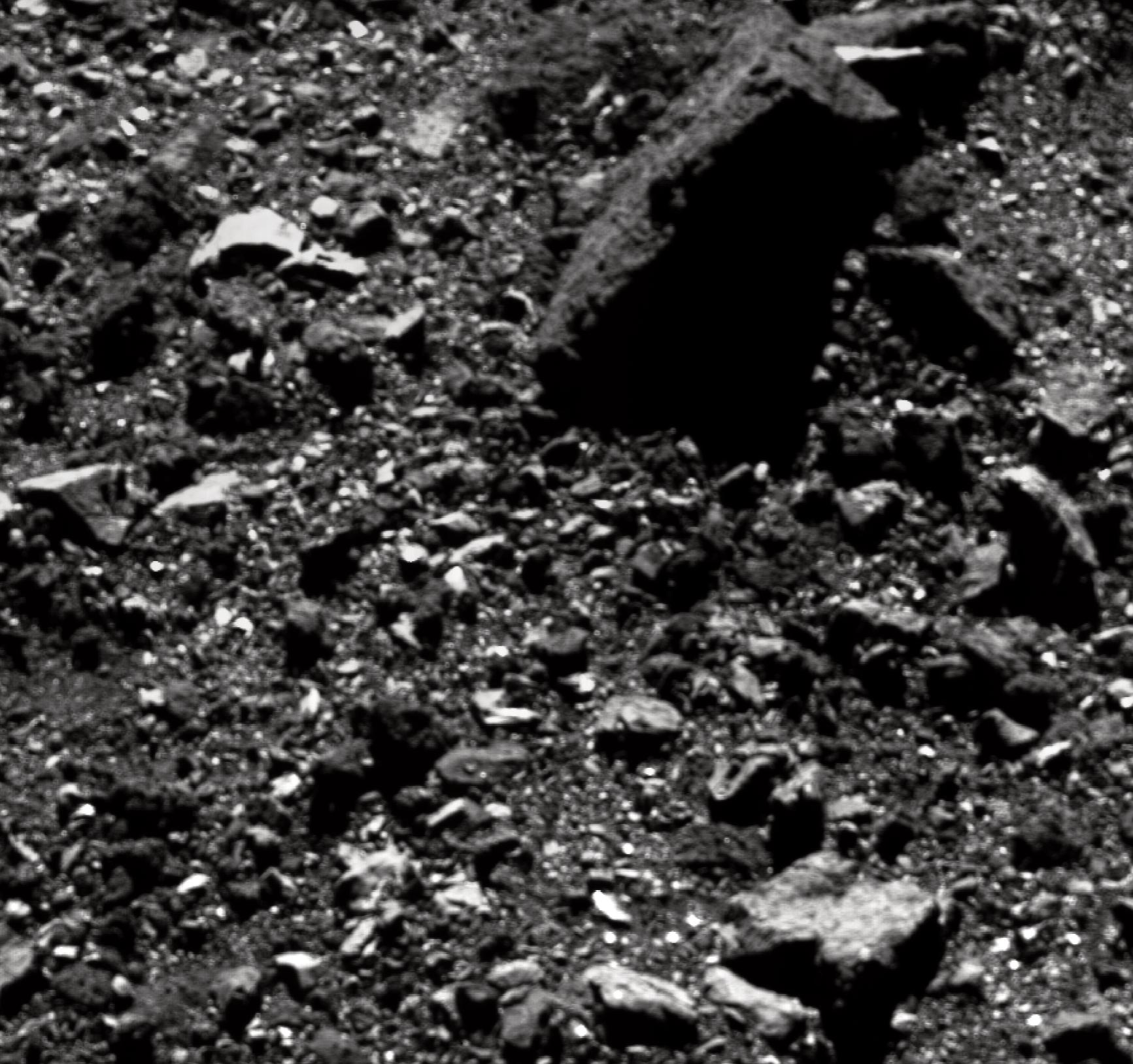 The image above is part of a close-up acquired by NASA's OSIRIS-REx spacecraft of Bennu's surface.

101955 Bennu is a carbonaceous asteroid that is currently accompanied by the OSIRIS-REx spacecraft that will take samples from it to return to Earth.
Its diameter is 490 m. and it has a density of about 1.19 g/cm³ and therefore the predicted macroporosity is about 40 %, suggesting its interior has a rubble pile structure.

Measurements from the MASCOT lander, part of the Hayabusa2 mission, have indicated that boulders on the C-type asteroid 162173 Ryugu have high porosities and low tensile strengths in the few hundred kPa range.
Bennu is a B-type asteroid, falling into the wider C-group, and spectroscopy suggests major surface constituents of anhydrous silicates, hydrated clay minerals, organic polymers, magnetite, and sulfides.

Here's what I think at the moment:

Because it can be expected that the hydrated clay minerals and the organic polymers are better preserved below the surface, protected from radiation of the Sun, the subsurface of Bennu is likely to be more cohesive.

With Bennu having a surface gravity of only 6 micro-g, I'm guessing that it might be easy for an astronaut to dig deep below the surface with first the brittle rocks and grains and then the more cohesive material.
Taking an average bulk density of 2000 kg/m³ for CI and CM meteorites, a one cubic meter piece of rock would "weigh" 12 grams so lifting up and removing rocks and grains should be no problem.
But to cleave larger boulders (with tensile strengths about 2 x higher than brick), to cut into the cohesive grain material, and to operate within the dug shaft one will need the right equipment.

The most obvious type of equipment required will be some form of restraint system.

While, for some reason, studies of hand-shoveling a tunnel to the center of an asteroid are not appearing in my search results, there have been numerous studies about EVA restraints for small bodies.

This robot arm and foot restraint system, similar to those used on the Space Shuttle and the International Space Station, was studied for use on Phobos. 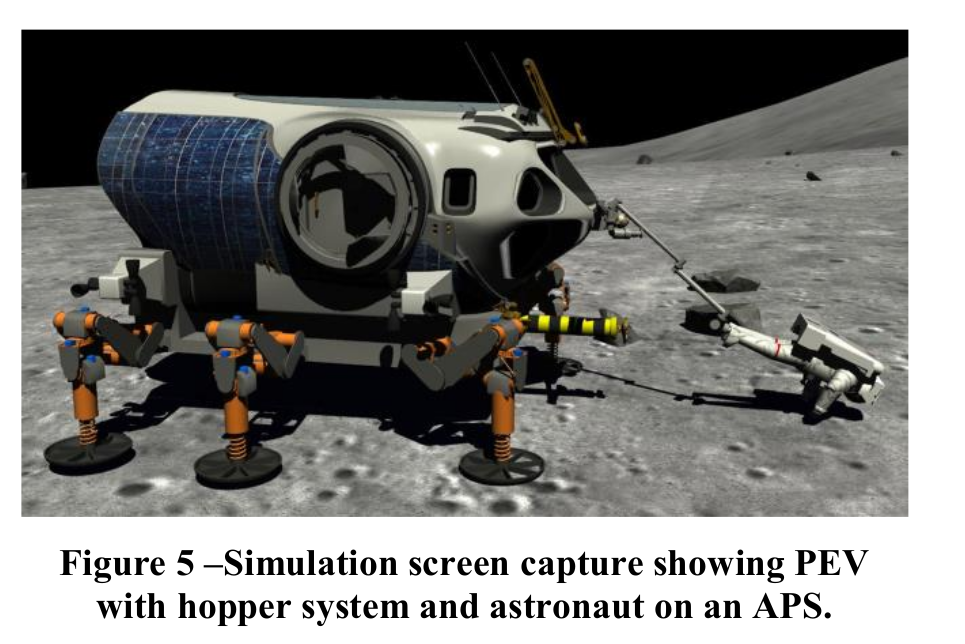 The paper A Geology Sampling System for Small Bodies has some relevant information.

Body stabilization will be a key enabler of successful geology sampling activities on small bodies. Experience on the International Space Station (ISS) has highlighted the need for infrastructure to react loads during various tasks giving the crew a stable work platform. 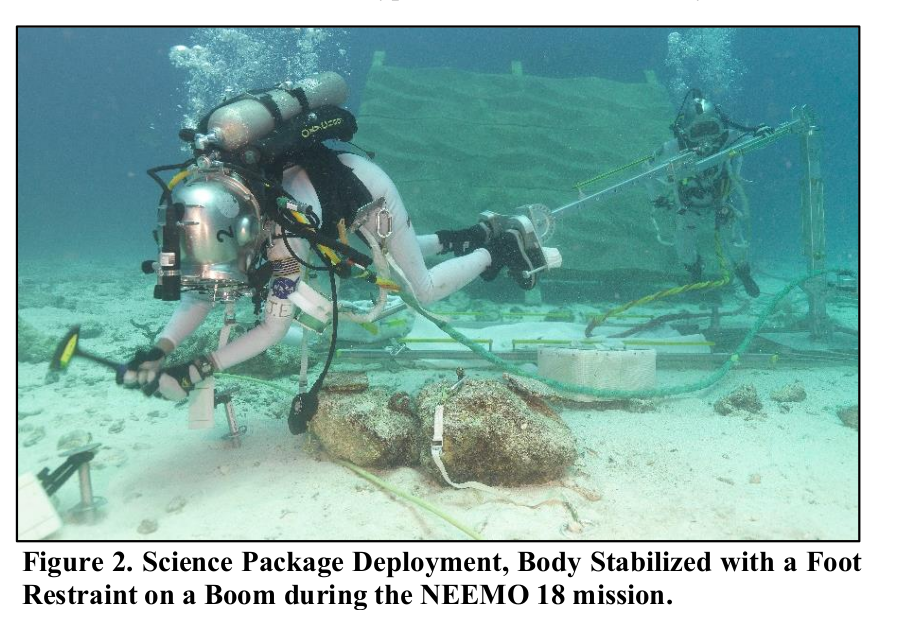 Other types of restraints could be conceived of - tethers with ground anchors, etc. The trick would be making them easily relocatable as the astro-navvy burrows their way into the ground.

Not the answer you're looking for? Browse other questions tagged microgravity water mining bennu or ask your own question.

15
How is lower/no gravity simulated on a planet with gravity, without leaving the surface?

10
What is the range of strength for asteroidal materials?
30
What thickness/depth of water would be required to provide radiation shielding in Earth orbit?
2
How low does OSIRIS REx's record-setting orbiting around Bennu go?
0
How exactly will OSIRIS-REx's Navcam be used to navigate?
13
What is the difference between an astronaut in the ISS and a freediver in perfect neutral buoyancy?
2
Could ejecta from asteroid Bennu enter into temporary orbit around it? If so, how?
2
Are the estimated chances of Bennu hitting Earth in the next 200 years still about “1 in 1410” now that OSIRIS REx has scanned it?
2
Will mining water on Bennu not be more economical than collecting it near the south pole of the Moon?