How does tankage mass really scale?

A problem that frequently shows up is estimating the mass of the propellant tanks of some hypothetical rocket configuration. This need arises from the important role of the dry mass in a rather famous equation.

Two assumptions that are often made:

The actual values obviously differ both by propellant type, and by rocket configuration (launch vs. deep space). But the problem is still:

How well do the two assumptions above compare to real-world data?

And if those don't fit well at all, what better heuristic can be made?

Main propulsion system tank mass, if non integral, is much more sensitive to vehicle physical size and varies as Lr3 or directly as propellant mass since tank mass is approximately equal to a constant times propellant volume for any given shape.

(Lr is the vehicle reference length, emphasis mine)

This slide from Mass Estimating Relations shows linear fits that appear to be based on real world examples of tanks (the points on the graph), although frustratingly they don't say what tanks were used in the analysis. They derive slopes of 9.09 kg/m³ for hydrogen and 12.16 kg/m³ for other propellants. (It also references TM-78661) 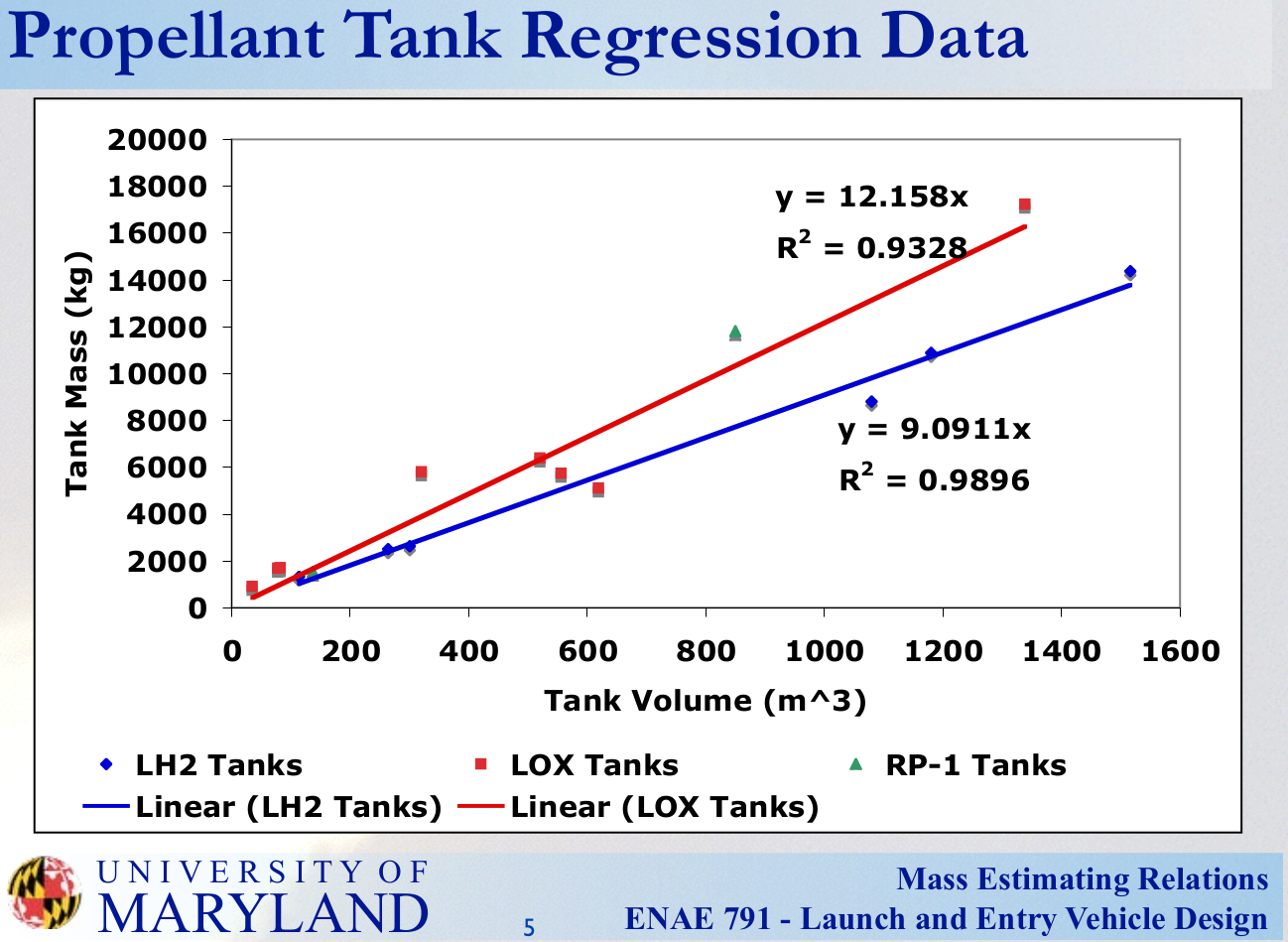 Not the answer you're looking for? Browse other questions tagged propulsion tanks mass-fraction or ask your own question.

2
How should I scale the Solar System for my video game?
4
Most energy efficient mass ratio of a rocket, or exhaust velocity
14
Why are rocket mass on the launch pad and payload mass to LEO not strongly correlated?
1
How does the mass of launchers change over time between ground and orbit?
2
Problem in finding Propellant Mass using Rocket equation where total mass includes components dependant on Propellant Mass
8
Conceptually, the lower the propellant mass fraction the better, right?
25
Will some rockets really collapse under their own weight?
5
How does Orbex save structural weight by using coaxial tanks?
2
mass of propellant required + rocket equation